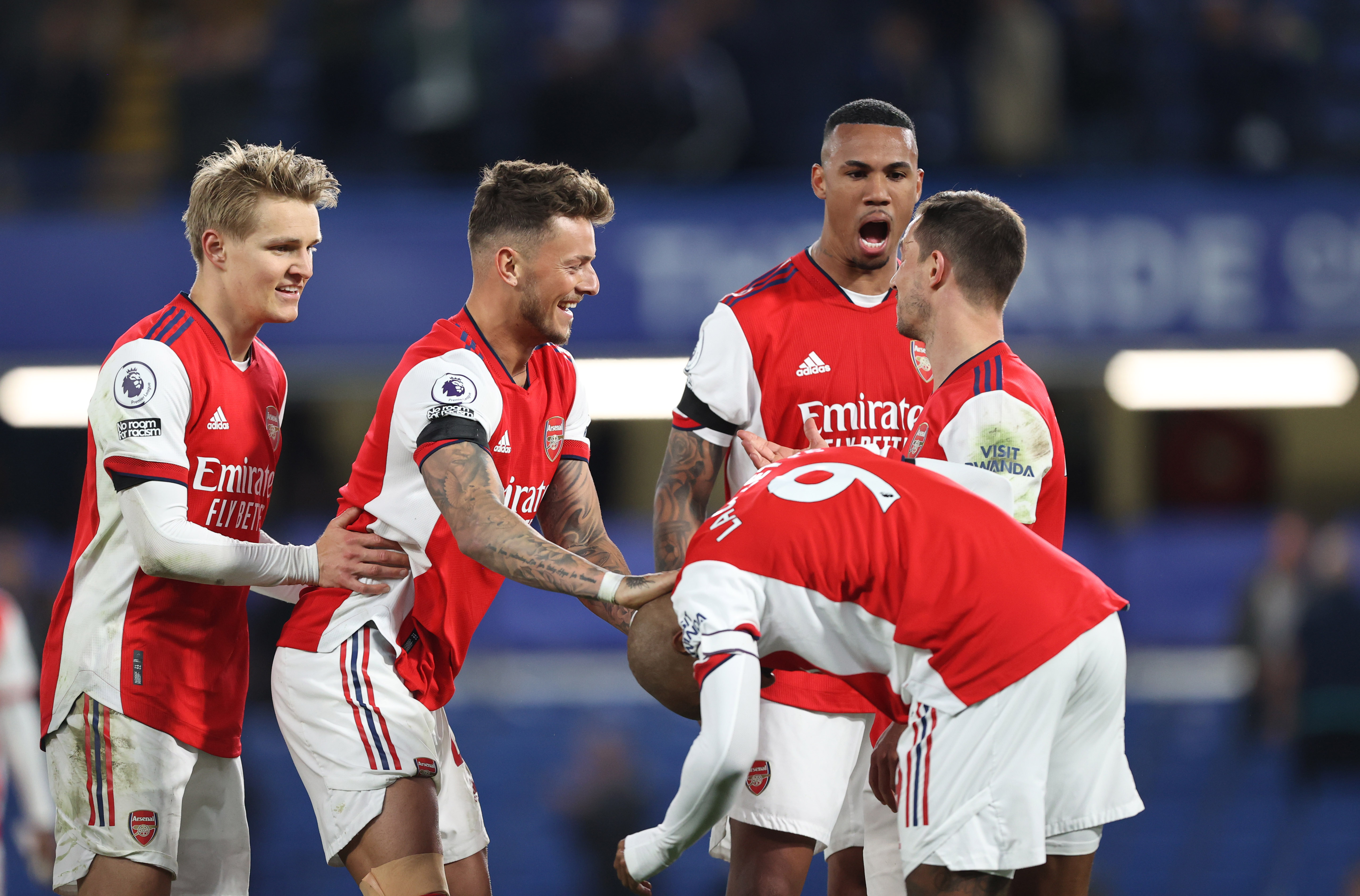 You beautiful, beautiful men. What a result that is.

What incredible character they showed. Three defeats on the bounce, and some dismal performances, to go to Stamford Bridge and do that is incredible.

Props to Mikel, who got it spot on, and props to every single one of those boys who fought their hearts out tonight. I’m glad I was back for that one, as much as my body might hate me for it, it's worth every illness I could possibly contract. What a way to stop the slide. We’re right back in it now.

I very very nearly sacked that one off. Said I didn’t need the ticket, as I was wallowing in bed on Monday - but after a rebound on Tuesday I decided I wasn’t missing another. Not at a new ground, not at Chelsea.

I was so ready to see the final nail in our Champions League coffin.

I was trying desperately to envisage a way of us getting three points tonight, and I couldn’t. I thought it would be four, maybe five. I couldn’t really even see us scoring. My word I could not see that coming.

Stamford Bridge is deceptively far away. West London, you’d have thought it would be a much shorter journey than it is. It’s about 15 minutes further than Watford is, and Watford isn’t really in London.

My London geography is poor though, so I don’t really know what I’m talking about. I got to Fulham Broadway at about 7pm, met up with a couple of Chelsea fan mates, and headed to the ground where Alex was waiting for me with my ticket. What a guy.

I was really nervous. Despite being convinced that this would put top four out of our reach, I couldn’t quite face conceding it to Spurs. We started off better. Chelsea had most of the ball, but we put together a few flowing moves and looked a little bit more comfortable with White at RB.

That’s not saying much though given the previous three performances.

Thirteen minutes in, Nketiah showed us why he should’ve been given more chances. He chased down Christensen, who played a loose ball back to Mendy which Nketiah latched on to and slotted home. Laca, I’m afraid, wouldn’t have done that.

If nothing else, the running around provides us with renewed vigour. Incredibly, he became the first Arsenal striker to score an open play goal away from home this season.

In typical Arsenal fashion, the league was thrown away 4 minutes later. Nketiah gave the ball away, and Werner was allowed to cut inside and his deflected shot made its way past Ramsdale.

It was a really chaotic game. Both teams looked like they could score every time they went forward. Less than 15 minutes after the equaliser, we took the lead again.

Calamitous defending turned into a glorious counter as Smith Rowe cleverly swept home after a fantastic move - which all started off with Xhaka nutmegging Alonso on the edge of his own box, which admittedly I was very ready to bollock him for.

The lead also lasted a bit longer this time, five minutes. Some more shambolic defending allowed Azpilicueta to nip in to make it 2-2.

Maybe there was a foul on White, but I don’t give a shit about that now.

HT, 2-2 and the nerves were jangling more.

You could sense there was a chance, and if Arsenal showed up in the second half there was a real possibility of three points.

Show up they did. Arsenal had more of the ball in the opening exchanges of the second half, and were again cutting through Chelsea with unerring ease. After some again (typical of the game) calamitous defending, Nketiah kept his wits about him to poke home.

A poacher’s goal, something that Arsenal have missed in so many games this season. 3-2, and the limbs were incredible.

I lost an airpod, and a fidget spinner - the latter being the most heartbreaking to be honest. We then began to dig deep, and the boys really had the bit between their teeth as they fought to keep the lead. Cedric came on and did really well, as did Martinelli.

They provided energy and industry, and Martinelli made sure that Arsenal remained effective in their defending from the front.

We had chances to kill the game, but they were not taken - and the loss of the fidget spinner was really starting to hurt.

The golden chance to kill it came in the 90th minute. Saka was pulled back by Azpilicueta, and Jon Moss pointed to the spot. Amid lots of aggro, Saka had the ball tightly gripped under his arm.

He was adamant he would take it, despite Martinelli thinking otherwise. I was so nervous for Bukayo.

I wanted that for him more than I’ve wanted anything this season.

After the summer, and all the “you let your country down” chants, when that ball hit the back of the net the Arsenal end erupted - as did Bukayo.

What a game, what a result, and what a performance. I would have been gutted to miss that. It was a picture of the scoreboard night.

That is an absolutely gargantuan three points. Three points that put us right back in the fight for top four. We needed that, Mikel needed that.

Not only was the result massive, but Arteta looks to have found a solution to Arsenal’s injury woes with Elneny in midfield.

Hopefully Tomiyasu is not too far away too.

We go again on Saturday, but there’s still hope - something that I didn’t think I’d be saying tonight.

We really are still in it, and with six games to go, our games have meaning, something that they haven’t in the previous few seasons.

United await, until then…