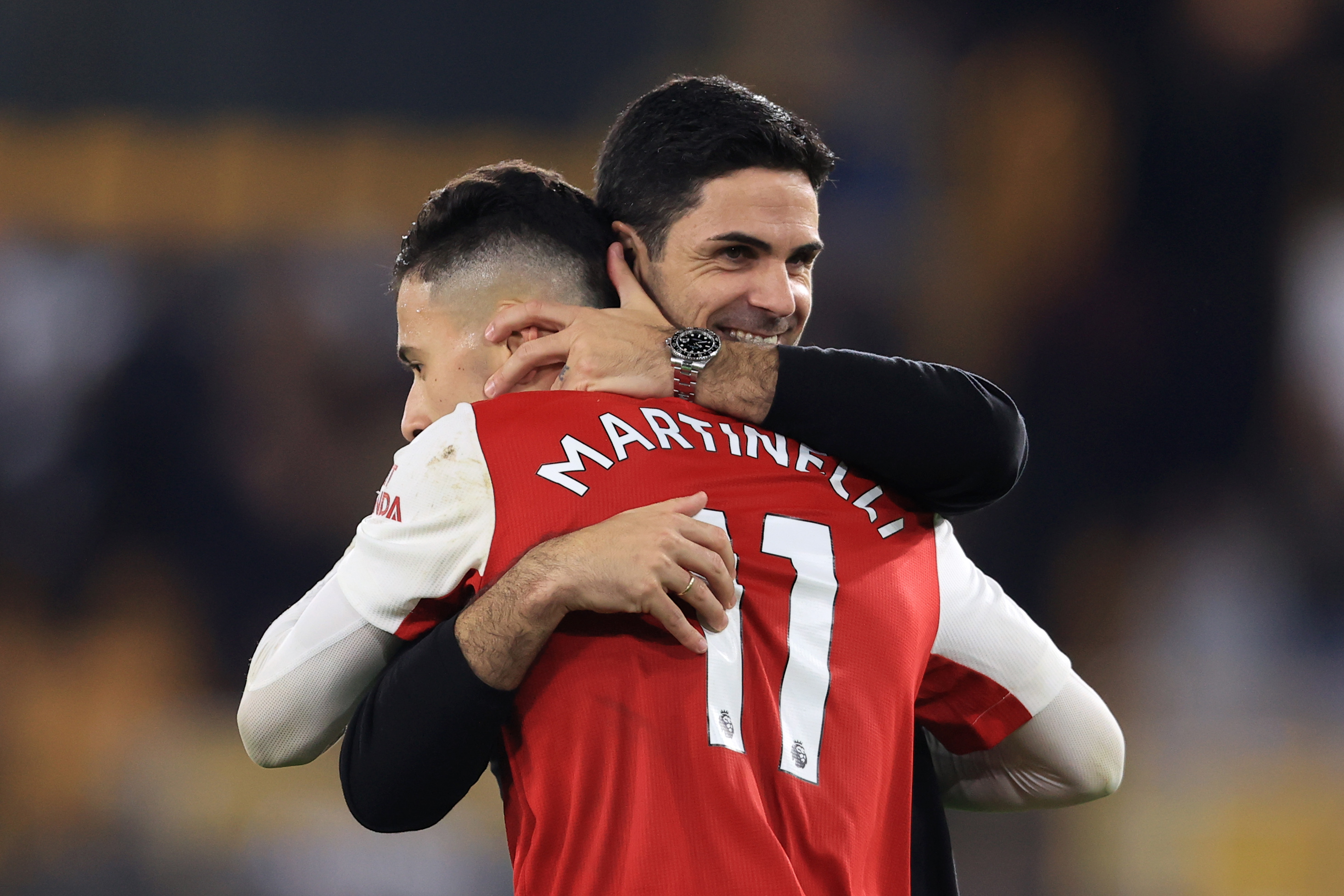 The 21-year-old is days away from fulfilling his World Cup dream with Brazil in Qatar, and has played an integral role in Arsenal's Premier League dominance so far this season.

When the Gunners signed Martinelli for a reported fee of six-million pounds back in 2019, not many could have predicted his rise to form and potential so soon in his career in North London.

The Brazilian has thrived under Mikel Arteta this season, asserting himself as a firm starter in the squad.

The youngster recently took to the Players' Tribune to express his love and gratiude for Arsenal, dubbing his move to the capital as 'the best move' himself and his family had ever made.

His form and attitude paired has made the Brazilian one of the first names on the team sheet and one of the leagues most promising youngsters, providing seven goal contributions this season in fourteen appearances.

The forward praised his teammates describing the squad as a 'big family', Arsenal have dropped just four points in total this season, putting them five points clear at the top at Christmas. Martinelli hailed his teams' attitude and relationships as a unit.

"I’m so happy that I took my chance when I got it. I really love this club. The squad is like a big family. We all have so much respect for each other.

If you see us in training you’ll understand why we’re playing well, because even in a simple passing game nobody wants to lose."

The four points dropped come away from home this season, exaggerating the fortress that the Emirates has become whilst carrying this budding young side.

Martinelli was full of praise for the Arsenal fans and their incredible support this season:

"The atmosphere this season is better than ever. The opponents are always feeling the pressure at the Emirates."

The forward went on to expliain the love for the what he explained as the 'we are with you no matter what' support from the Arsenal fans, and explained his desire to give back to the fans.

"We will continue to go for the win each game, because that is what this club should do. Arsenal is not about “getting a point”.

Arsenal is not about finishing fourth.

Arsenal is about titles. The league. The Champions League.

That’s what the fans deserve."

To echo what Martinelli said, it is what the fans deserve, and equally what the players do, who show devotion and desire to succeed and place Arsenal back on top where the club belong.

It seems Arsenal now have the perfect concoction to win titles after a number of years of experiment and hardship. The fans believe in the players, the players want to allow fans to dream.

As for Martinelli, Arsenal fans will be wishing the 21-year-old all the success at the World Cup and look forward to his return after the Christmas interval.