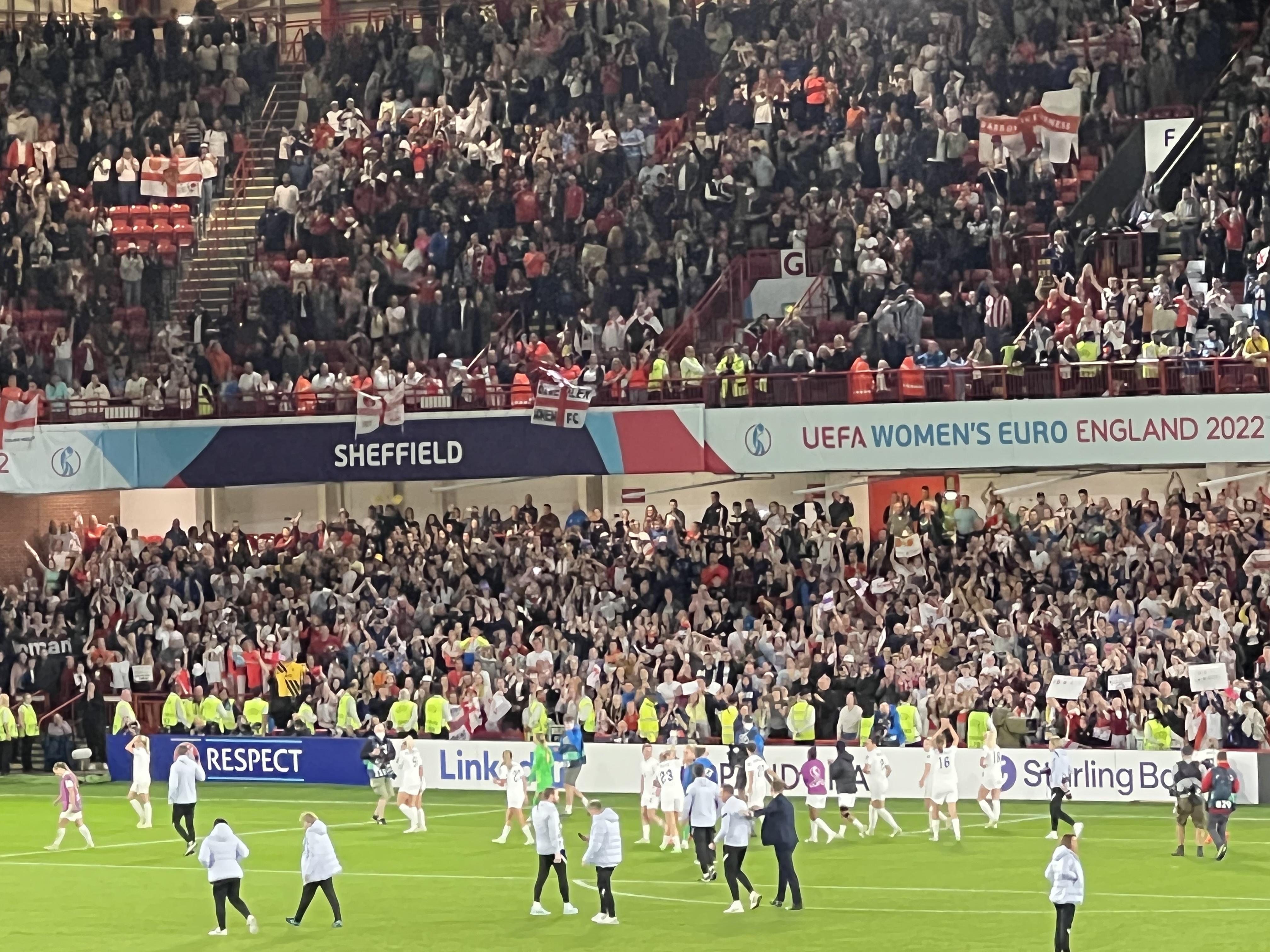 The Lionesses take the acclaim in Sheffield after easing past Sweden 4-0 in the semi-final at Bramall Lane. CREDIT: @laythy29

England stars Leah Williamson and Beth Mead are set to receive honours from the Queen if the Lionesses win Euro 2022.

It's been the story of the summer - the Lionesses terrific progress to the final of the 2022 European Championships.

With the odds of coach Sarina Wiegman's side lifting the coveted trophy falling all the time, if you fancy a flutter there is far better value in playing casino online however, the Lioneeses stirring victories this summer, including their stunning 8-0 triumph over Norway in the group stages, as well as their exciting 2-1 win over Spain in the quater-finals - means that many will be hoping for an England win over Germany on Sunday.

If England beat their familiar foes this weekend it will go some way to avenging their 6-2 defeat at the hands of Germany in the 2009 final - not to mention also meaning that Williamson, Mead and the whole squad will be handed well-earned gongs from Her Majesty.

England qualified for the Euro 2022 final after beating Sweden at Bramall Lane earlier this week - with the impressive Mead opening the scoring for the Lionesses in their 4-0 victory in Sheffield.

Reports suggest Mead and England captain Williamson could be decorated. However, boss Wiegman is ineligible for the honour from Queen due to Dutch nationality - although she was made a Knight of the Order of Orange-Nassau after Holland's win at Euro 2017.

It is understood that Williamson et al will be awarded an MBE, OBE or CBE if the Lionesses beat Germany in Sunday's eagerly-awaited final at Wembley.

England's first major trophy in football since the 1966 World Cup would be seen by honours system chiefs as being level with England winning a Rugby or Cricket World Cup.

Williamson would be regarded in the same manner as 50-over World Cup-winning cricket captains Eoin Morgan and Heather Knight, with the men and women's skippers going on to be honoured with an CBE and OBE respectively.

Gooner Fanzine editor @laythy29 will be at Wembley on Sunday. See our website and his Twitter handle for his take on the exciting event.