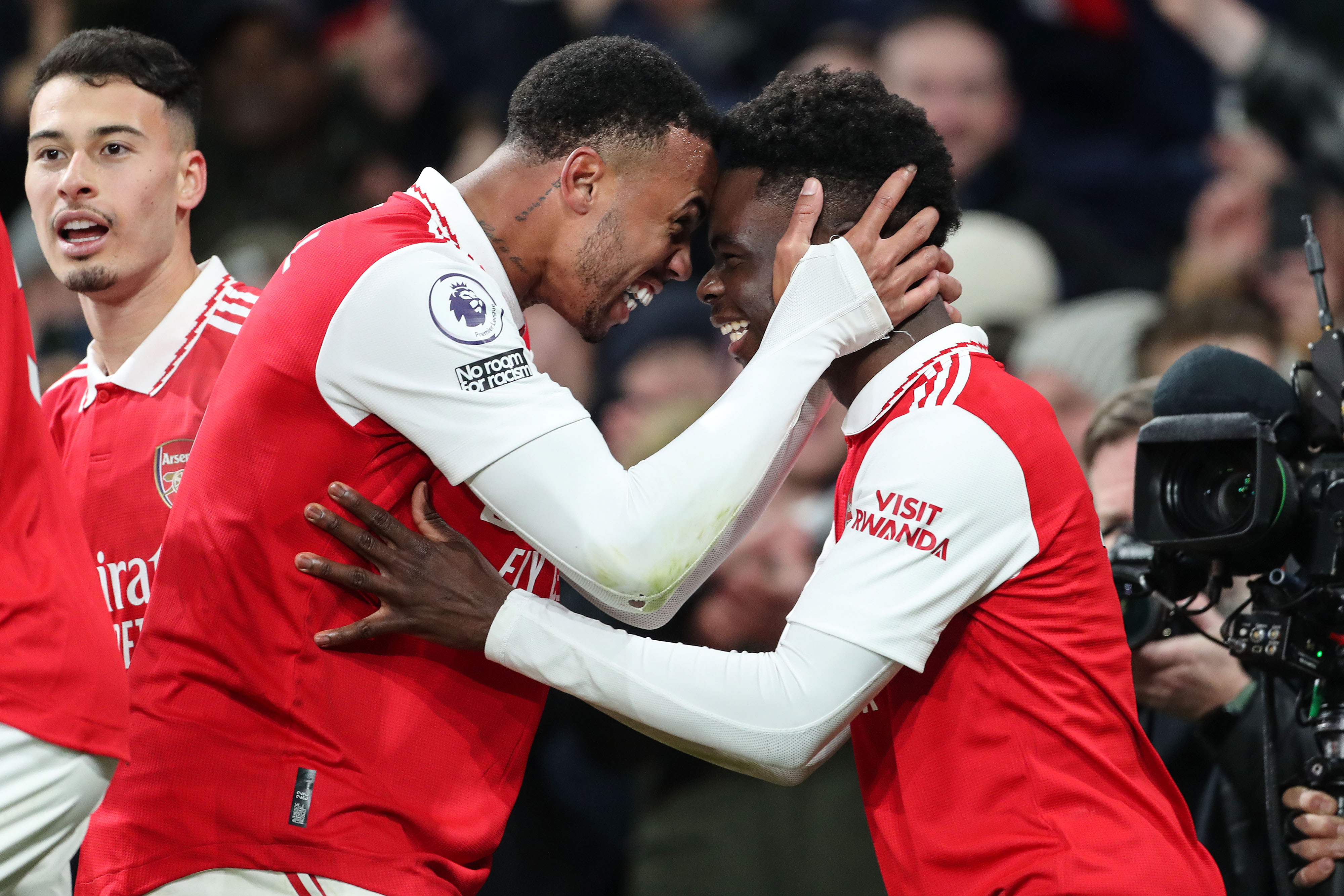 It's all love at The Arsenal. CREDIT: Mark Leech/OFFSIDE

I love Arsenal Football Club. It’s not exactly a shock statement but last Sunday really cemented my feelings for our beautiful football club.

I’ve grown up adoring everything Arsenal, all feeding from my dear Dad who was Arsenal through and through, a Londoner relocating to Cornwall to spread his love for the Gunners down to the Southwest and through to his son, daughters, and grandson.

We lost Dad back in 2020 and I found it difficult to follow Arsenal the way I had before, the love never died but the desire to watch and follow was a painful reminder of not having Dad there to ask how it was or discuss the game as we always would.

This weekend it was my turn to pass the torch that was ignited with my Dad’s passion and love for the Arsenal, as I took my partner to her first game at the Emirates and gave her a first taste of how it feels to be a Gooner.

We’re both football obsessed, it was only a matter of time before I dragged her to North London to witness the greatness, and it felt like nothing short of a dream.

We’ve got a bit of a shirt exchange going on at home, rotating between my shirts going back to 2006 in my wardrobe for her to ask questions about and wear for our weekly sit down to cheer on the Gunners.

With it being her first game, I got her her first red shirt of her own and we set off to London.

Sunday was everything I wanted it to be. Even at 25, walking out of Arsenal tube station and turning the corner to see the street splashed with red and white and the Emirates creating a surreal backdrop is a magical feeling.

I watched as her face lit up as she saw the Emirates for the first time, just like mine did when my dad first took me.

I thought how incredible football is and how spectacular life is when you’re Arsenal.

The roars from the concourse still make me get goosebumps, but the best was yet to come as we headed up to see the pitch.

The carpet, how else do you explain it, my partner had tears in her eyes as we laughed because you realise for a moment how a patch of grass can make you grin from ear to ear.

Just as you think you can’t smile any more, The Angel fills the air as the players huddle pre-match as we prepare for war with Manchester United.

1-0 down, we got up and rallied the troops back to the halfway line – how many times have we experienced that at the Emirates before this season?

Calm as you like, Eddie makes it 1-1, my partners beloved hair clip snaps on the floor, she’s not even mad, I’m saved...thank you Eddie.

Saka’s goal was absolute pandemonium, we had the perfect view from the Clock End as my last memory before leaping into another galaxy was the bloke sat next to me saying ‘that’s going in!’

I have absolutely no doubt that how I felt when Eddie’s third went in will go with me to the grave.

It’s really special to be able to experience such sporting highs with people you love, me and Jaime were like two kids just jumping around like nothing else in the world mattered – looking back, nothing else did matter.

The VAR review was a bit suffocating; I hate VAR for putting the anxiety in celebrations.

The party could officially begin at the full-time whistle as the away end below us was just an unoccupied section sandwiched between home fans going feral with joy as it hit us again that we are indeed the real deal.

We headed to the Islington Sports Bar & Grill after the game, where the celebrations continued and got messier and more joyous by the minute, meeting with friends for life I’ve made through loving Arsenal.

What Arteta has installed in this squad and the fans is incredible, I’ve not felt anything like it during my years of going to Arsenal.

I love Arsenal Football Club. It’s not exactly a shock statement but I’ll always feel the need to say it.