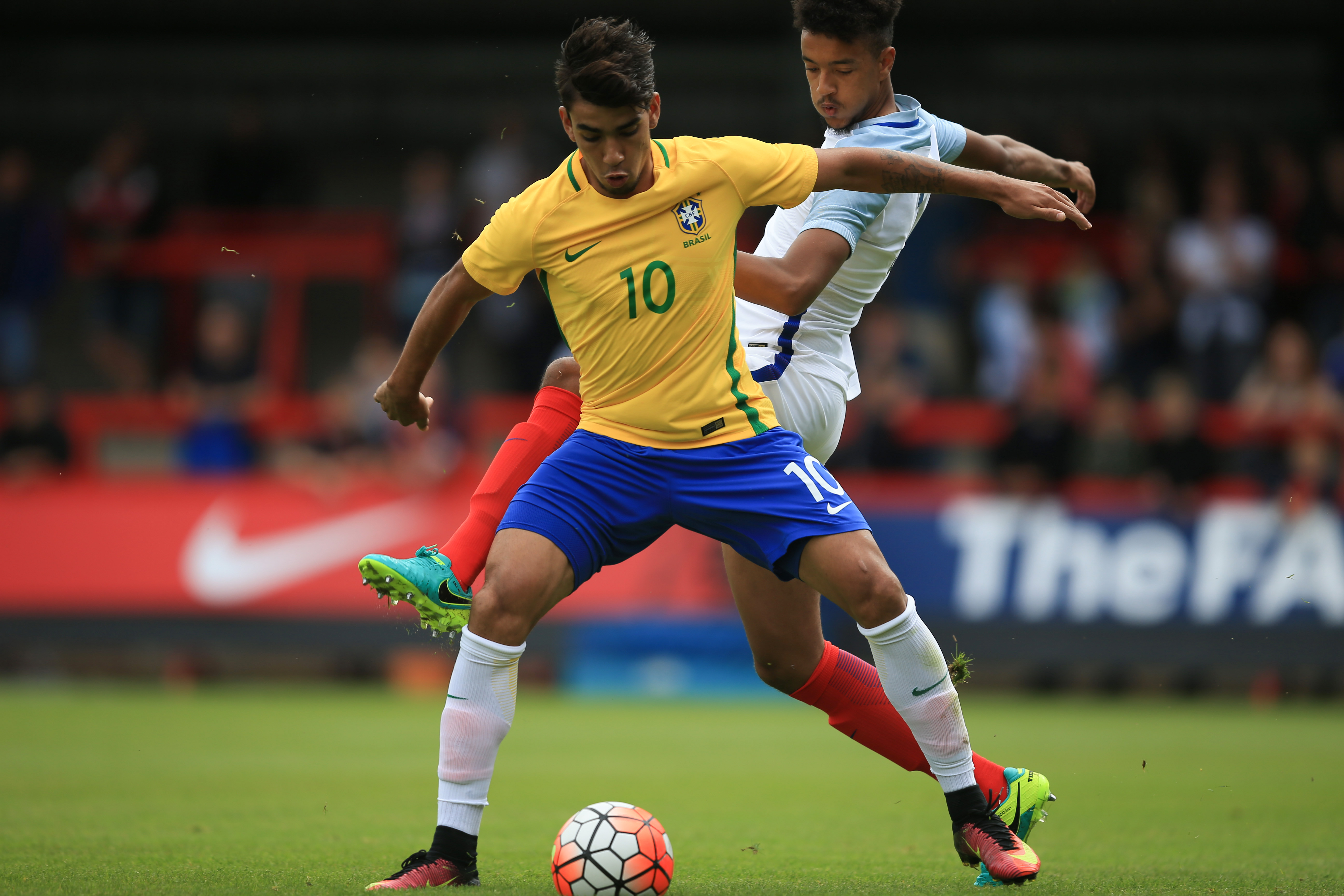 Lucas Paqueta of Brazil tangles with Cameron Borthwick-Jackson of England during the England U20 v Brazil U20 International Friendly on September, 4 2016. Photo: Marc Atkins / Offside

Arsenal have been given a big boost in their hunt to land transfer target Lucas Paqueta.

The news comes after Ligue 1 side Lyon slashed their asking price by £21million.

A major stumbling block in the transfer has been Lyon chairman Jean-Michel Aulas demanding an unlikely figure of £55million for the player.

However, according to reports coming out of France, Aulas is now prepared to accept a £34m fee for the talented 24-year-old - a whopping £21m less than the original asking price.

The 33-cap Brazil international has been heavily linked with a switch to North London, with technical director Edu believed to have held talks with the player's associates.

Mikel Arteta's side could face competition from Saudi moneybags Newcastle in the race to secure the former AC Milan star's services.

Yet, it is understood that the Gunners are in pole position to lure Paqueta away from the Groupama Stadium.

French media report that the star is 'inclined to leave' Lyon with Arsenal leading the race to land the former Flamengo man.

Reports say the Gunners are 'pushing hard' to sign Paqueta, with boss Arteta being a big admirer.

Paqueta is understood to be open to joining Arsenal, with the club now just needing to stump up £34m.