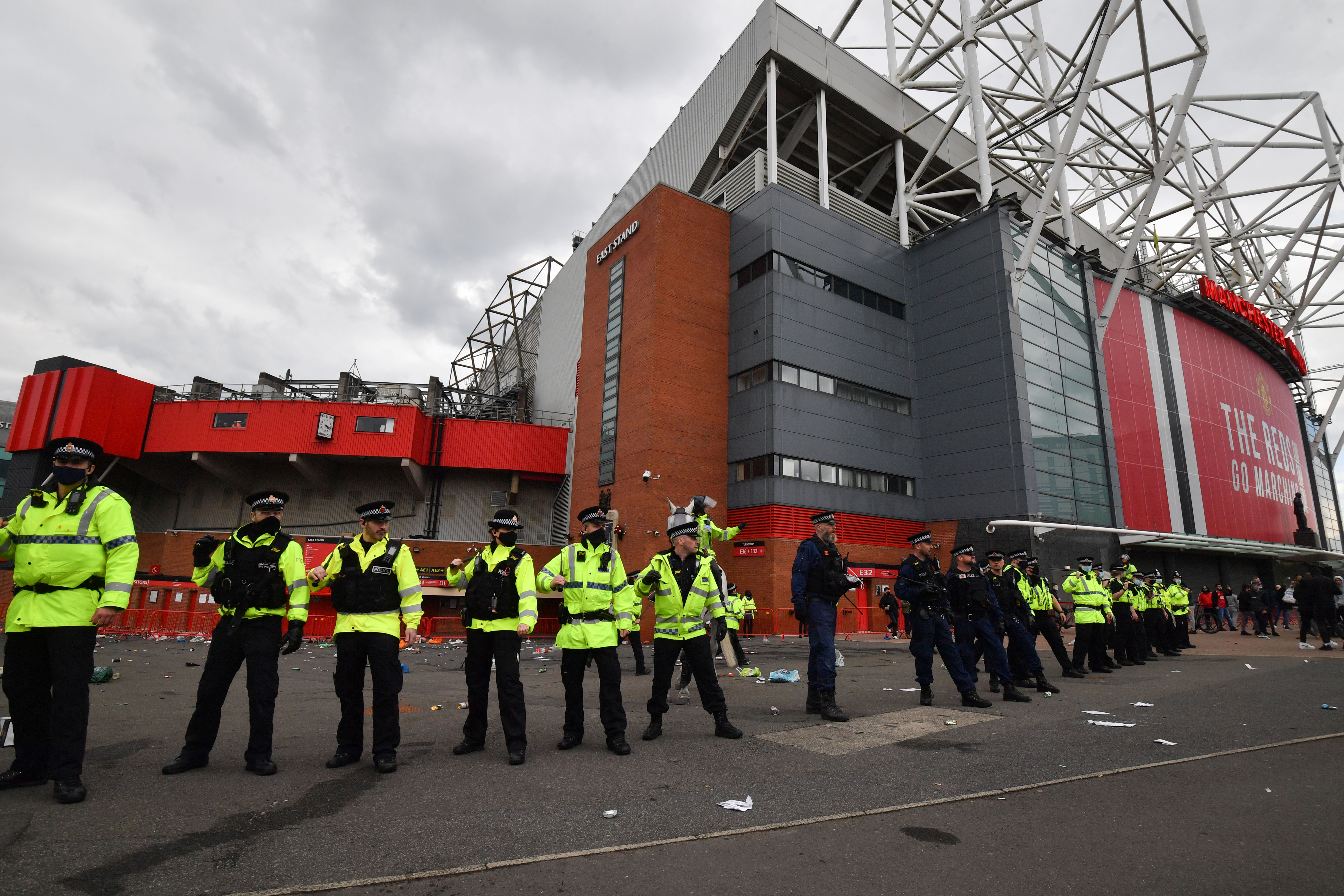 Arsenal travel to Old Trafford to take on Manchester United on Sunday afternoon.

Mikel Arteta's Premier League table toppers aim to continue their perfect start to the season by making it six wins from six against Erik ten Hag's side.

The North Londoners head to the north-west aiming to win six straight top-flight games at the start of the season for the first time since 1947-48.

While the Red Devils have only beaten the Gunners once in their last eight meetings, wins at Old Trafford have been rare - with a solitary triumph from Arsenal's last 15 Premier League visits, which came during lockdown.

With Arteta boss for that November 2020 victory, the Spainard will be looking for his Gunners side to carve out a repeat to ensure the club's perfect record is extended.

The Gunners come into the game fresh from beating Aston Villa 2-1 at the Emirates in midweek to register a 100 per cent start after five wins from five matches.

The Red Devils started the season miserably with two defeats from two including a 4-0 mauling at Brentford which came after an opening day home defeat at the hands of Brighton.

However, United steadied the ship with a vital 2-1 triumph over Liverpool at Old Trafford before following up that much-needed victory with a brace of 1-0 wins on the road at Southampton and Leicester.

Manchester United could give £82m signing Antony his debut and Real Madrid capture Casemiro his first runout at Old Trafford.

Anthony Martial is still unavailable because of an Achilles problem.

Arsenal's Aaron Ramsdale and Martin Odegaard will be monitored after both picked up knocks during the midweek 2-1 victory over Steven Gerrard's Aston Villa.

Oleksandr Zinchenko is also doubtful because of the knee problem which has ruled him out of the North Londoners last two games.

Manchester United have won just one of the last eight meetings - a 3-2 home victory last season.

Arsenal's only win in their last 15 Premier League games at Old Trafford was a 1-0 victory in November 2020.

The Gunners have lost 17 Premier League matches away to United, more than against any other opponent.

Manchester United have kept just one clean sheet in their last 16 Premier League meetings, a goalless draw at the Emirates Stadium in January 2021.

At home, they've conceded in their last eight against the Gunners since a 1-0 win in November 2013.

They have lost their last three Premier League fixtures on a Sunday - their longest losing streak on this day in the league since a run of five between December 1989 and November 1990.

The Red Devils have received 17 yellow cards in the Premier League this season, more than any other side.

Their average of 3.4 bookings per game is the highest in a single campaign in the competition's history.

Cristiano Ronaldo has scored seven goals in his last eight games against Arsenal, netting in both fixtures last season.

Overall he's scored nine goals versus the Gunners, who could become the 20th different opponent he reaches double figures against in his career for club and country.

Ronaldo has scored 698 club goals in all competitions, including 497 in the league.

He has made three consecutive league appearances as a substitute for the first time a run of four in December 2005 during his first spell at Manchester United.

Marcus Rashford has failed to net in 13 appearances versus the Gunners in all competitions since scoring twice on his Premier League debut in February 2016.

Arsenal have won their opening five league matches in a season for the first time since 2004-05, when they went on to finish second.

The last time they won their first six games in the top flight was in 1947-48, a campaign which ultimately saw them crowned champions.

The Gunners could keep a clean sheet in their first three away league games for only their second time in their history, emulating Bruce Rioch's side in 1995-96.

They could win their first three away games for the first time since 2013-14.

Each of their last nine Premier League goals have been left-footed strikes - the joint-longest run of left-footed goals by a team in the competition's history (matching Leeds in 2021).

Mikel Arteta's six-match winning streak is the longest by an Arsenal manager since Unai Emery's seven-match sequence from August to October 2018.