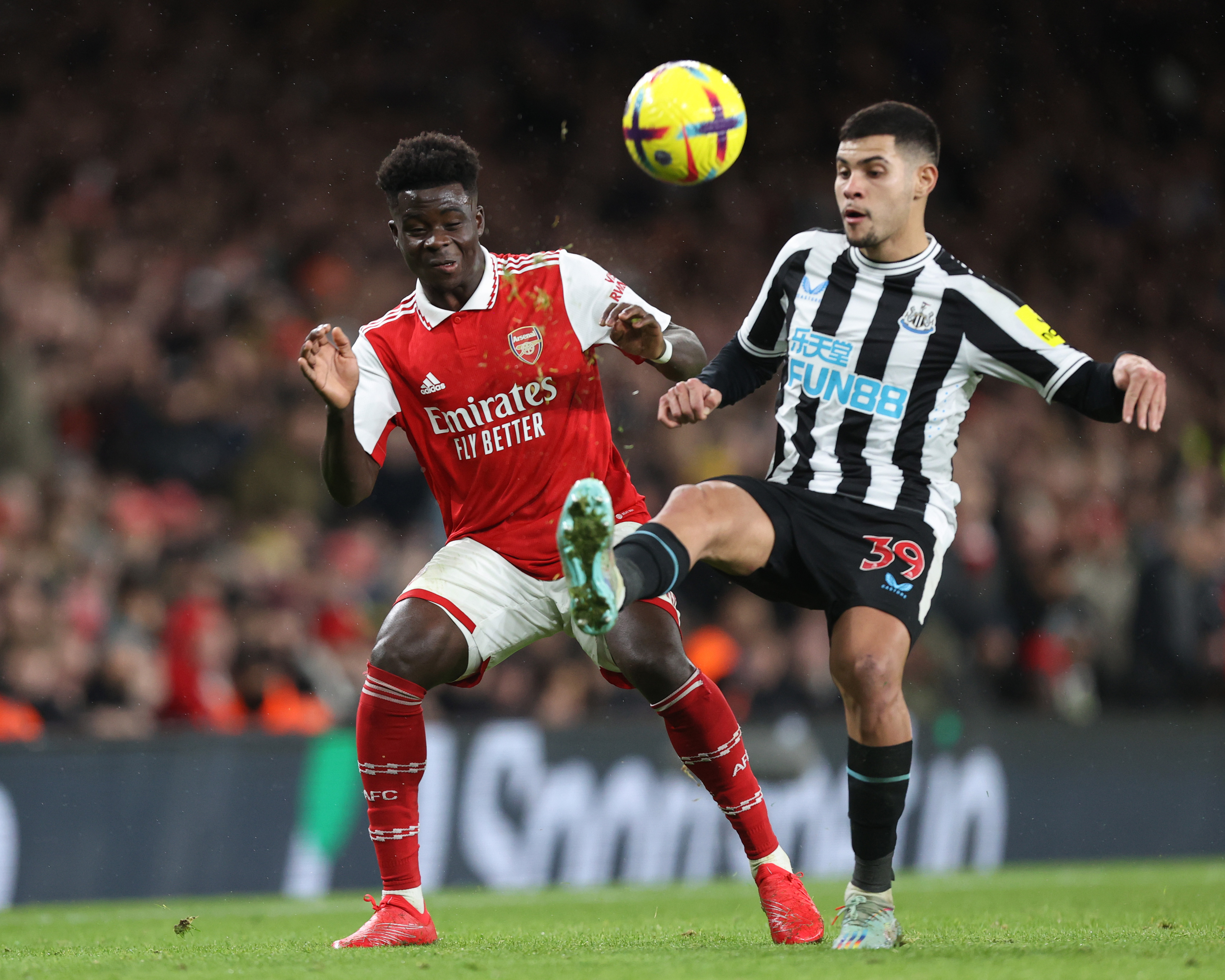 Mikel Arteta's Gunners went eight points clear at the top of the Premier League but will their failure to break down Eddie Howe's  resolute Magpies be costly come the final outcome in May?

An extremely defensive minded Newcastle ended Arsenal's 100 per cent home record with an obdurate display that offered little in the way of attacking intent.

Ben White: 7/10 - Put in a shift against a muscular opposition presence

Gabriel: 7/10 - Nearly scored with a first half header but the ball flew narrowly wide

Wiliam Saliba: 7/10 - Solid again to help the backline earn a clean sheet after the end-to-end shenanigans at Brighton

Granit Xhaka: 7/10 - Booked but broadly managed to keep his composure on a frustrating evening in North London

Martin Odegaard: 7/10 - Not as influential as he would have liked but still at the heart of most Gunners attacks

Bukayo Saka: 7/10 - Lively without being as threatening as his talent and form demanded

Eddie Nketiah: 6.5/10 - Worked so hard on and off the ball asa witnessed by the muddy shorts, but strikers earn their stripes on difficult evenings such as this - and Eddie couldn't turn his efforts into a much-desired winner

Gabi Martinelli: 7/10 - Full of energy and running - as he always is in every single match