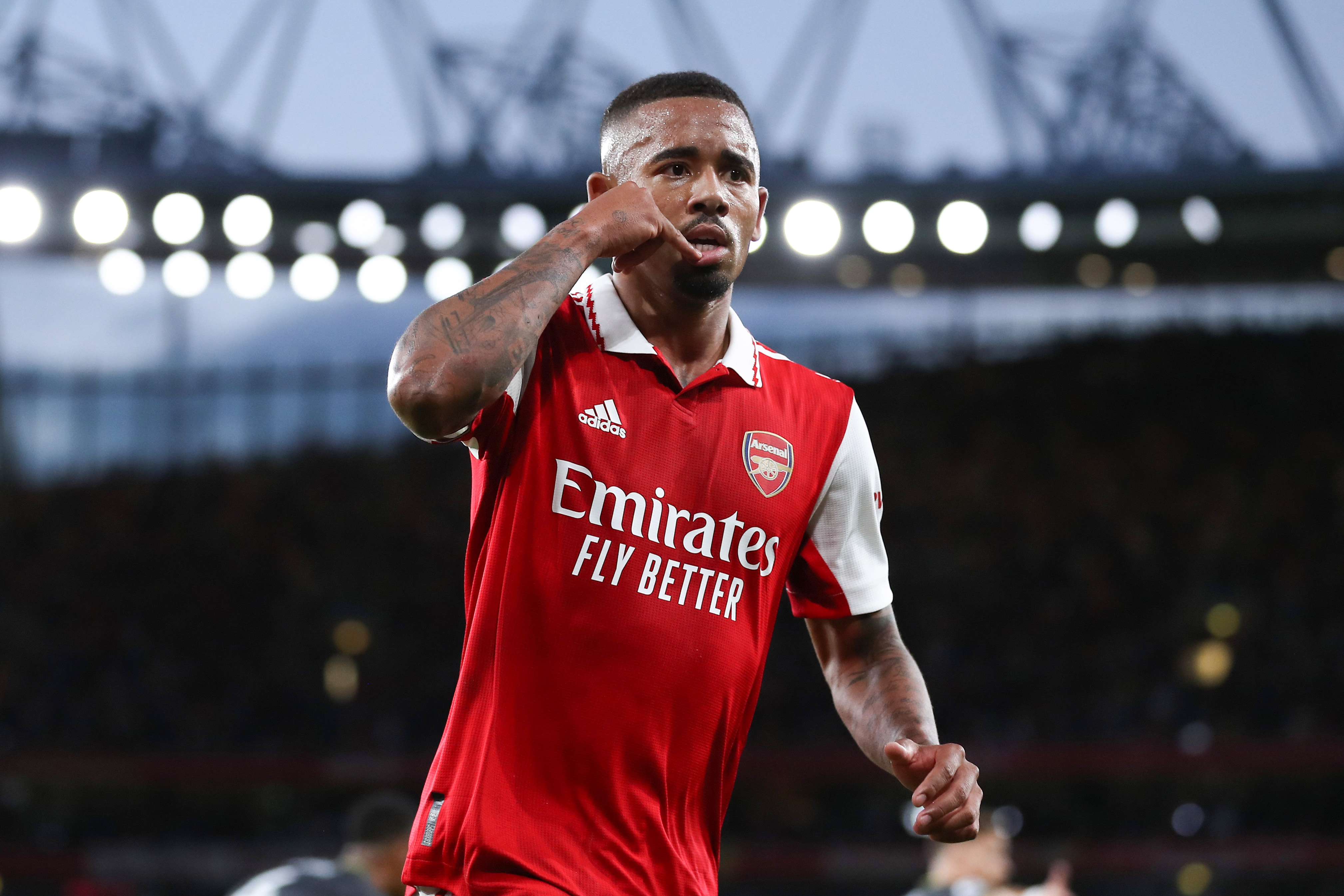 Mikel Arteta’s Gunners made it five wins from five games to top the Premier League with 15 points after they eased past Aston Villa 2-1.

A first half goal by Jesus put the home side ahead before Steven Gerrard’s visitors levelled through a goal scored by Douglas Luiz direct from a corner on 74 minutes.

However, in a dramatic 151 seconds Gabi Martinelli slotted home from close range to put the North Londoners ahead once again in front of a raucous crowd.

The Ashburton Army are on form pic.twitter.com/UxXA0EkNNn

Find out which players impressed in our ratings from the Emirates on Wednesday evening.

Aaron Ramsdale: 7/10 - Jacob Ramsey closed off the Gunners keeper to allow Douglas Luiz to level even if VAR was right to allow the goal

Gabriel: 7/10 - Unlucky early on when his drive was deflected narrowly past the post

Kieran Tierney: 7/10 - Supplemented colleagues further forward during sweeping moves while also happy to display his defensive talents up and down the left channel

Sambi Lokonga: 7/10 - Drafted into the heart of battle after injuries. Combative but also offered an intelligent touch when building attacks

Granit Xhaka: 7/10 - Has been empowered to play further forward this term in a tactical masterstroke from Arteta

Bukayo Saka: 7/10 - Fired over after a sweeping run as the Gunners cut open the Villa backline

Martin Odegaard: 7/10 - Elegant and perceptive, creative, hard-working and full of running on and off the ball.

Gabi Martinelli: 8/10 - Never let the Villa backline settle. Denied a terrific long-range strike when former Gunner Emi Martinez tipped over moments before the interval. Grabbed the winner from close range moments after Villa had equalised to send the home crowd into raptures

Jesus: 8/10 - Showed persistence to fire home his third goal of the season to put the Gunners ahead.

Takehiro Tomiyahsu: 7/10 - On for White with both players receiving a round of applause

Emile Smith Rowe: 7/10 - Had been gearing up to replace Odegaard at 1-0 but eventually came on at 2-1 up after a dramatic few minutes

Arsenal boss Mikel Arteta on what helped his team regain the lead after Villa equalised: “Going through positive experiences gives you the confidence you can do it…” pic.twitter.com/AfpOSoqj6A