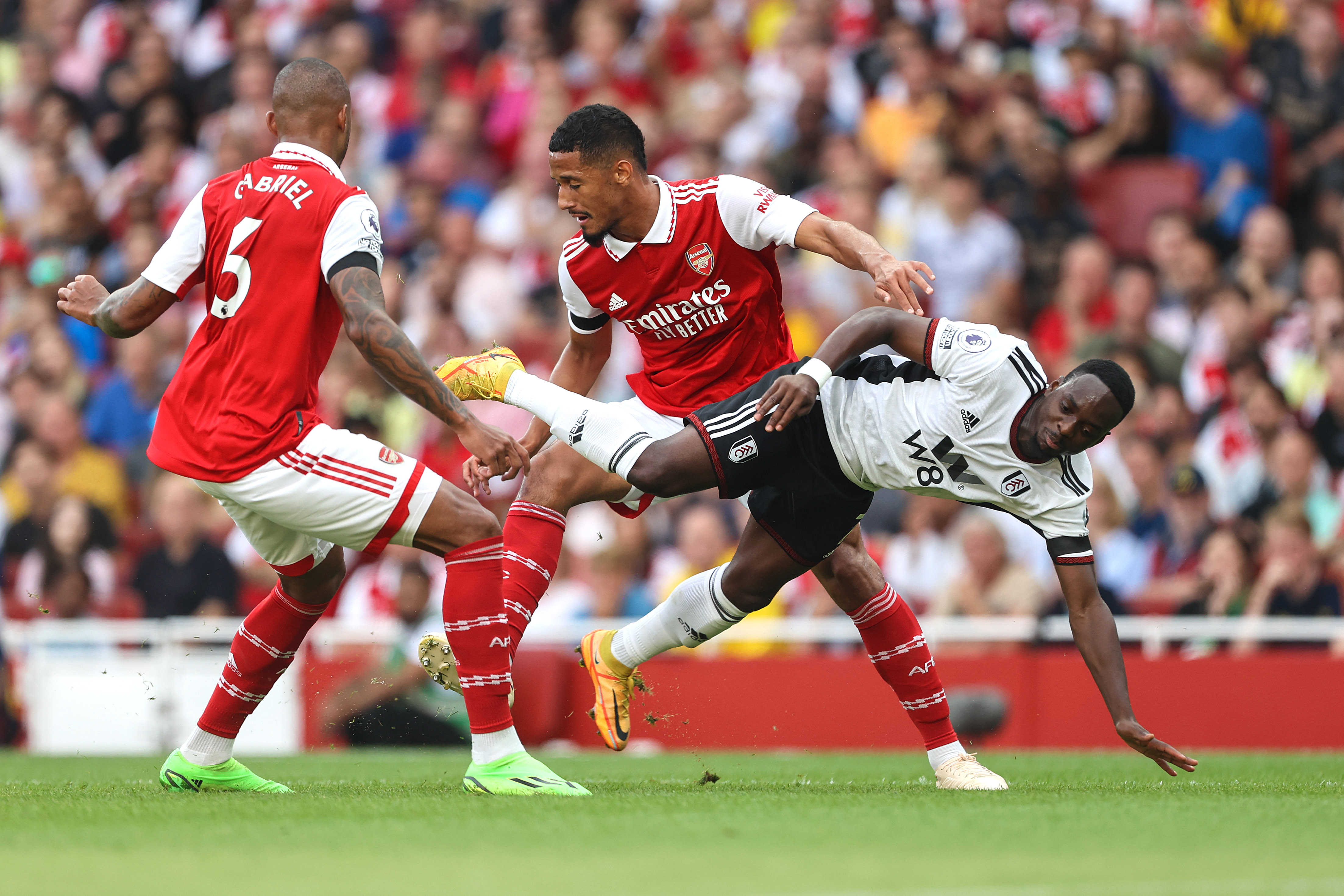 Arsenal staged a dramatic comeback to beat Fulham 2-1 at a raucous Emirates on Saturday evening.

Goals from captain Martin Odegaard and centre-back Gabriel turned around the match - after the powerful Alexsandar Mitrovic had put the Cottagers ahead in the 56th minute for his 100th goal in 181 games in the white of the west Londoners, and his fourth of the season.

The result means the North Londoners top the Premier League table with 12 points after four wins out of four, which also extended their unbeaten home run against Fulham to 31 matches. The victory also ensured that the Gunners hadn't lost a game to a promoted side for 33 games in a run stretching back to November 2010.

The match marked boss Mikel Arteta's 100th game in charge as the players and supporters marked the passing of much-loved former groundsman Steve Braddock prior to kick-off.

Speaking after the match. Arteta said: "We reacted with a great mentality - and playing so well [meant] we made it [over the line for victory]. We reacted so well [after going a goal down] and with the atmosphere we are playing in front of with our supporters, it made it much easier," while young star Bukayo Sake added: "We were so hungry for the win."

Find out who impressed with our Player Ratings

Aaron Ramsdale: 8/10 - Excellent second half save from the powerful Mitrovic to keep Arsenal in the game

William Saliba: 7/10 - Will have learned so much from the Gunners backline battles with the powerful Mitrovic

Gabriel: 8/10 - Dispossesed by Mitrovic trying to play out from the back, prior to the Serbian’s goal that put Fulham ahead but went from zero to hero shortly afterwards to grab the winner to keep Arsenal top of the table with a late goal following Odegaard’s leveller

Kieran Tierney: 7/10 - Returned to the starting XI for his first start since March after Oleksandr Zinchenko had a slight sprain to his left knee and was left out as a precaution

Mohamed Elneny: 7/10 The popular Egyptian made the team for his first start of the season after Partey experienced a tight right thigh in training on Friday

Granit Xhaka: 7/10 – Missed an early chance but put in a shift

Bukayo Saka: 7/10 – Needs a rest but gave his all for the cause. Denied by former Gunner Bernd Leno in the first half. Deserved his assist after driving through for Odegaard's winner

Martin Odegaard: 8/10 - Composed and creative but hard-working with it. Oozes quality. Scored Arsenal’s equaliser via a deflection after steering the ball past former Gunner Bernd Leno in the Cottagers goal following an exquisite step-over to make it three in three games for the table-topping Gunners. No wonder true Gooner Leah Williamson leapt out of her seat while watching in the stands

Gabi Martinelli: 7.5/10 - Never stopped running but not as influential as he would have liked against an obdurate Fulham backline. A corner bounced off the woodwork

Jesus: 7.5/10 - Lively as ever, but was on the end of some rough treatment from a Fulham side that had plenty of physicality. Denied by  Leno in the second half after a sweeping move as the Gunners ramped up the pressure

Eddie Nketiah: 7/10 - Replaced Tierney as Arsenal attempted to get back into the game on 61 minutes. Great touch to bring the ball down in a crowded box, but needed to be two-footed to capitalise. Introduction helped shift momentum back to the Gunners

Takehiro Tomiayshu: 7/10 - On for Jesus late on