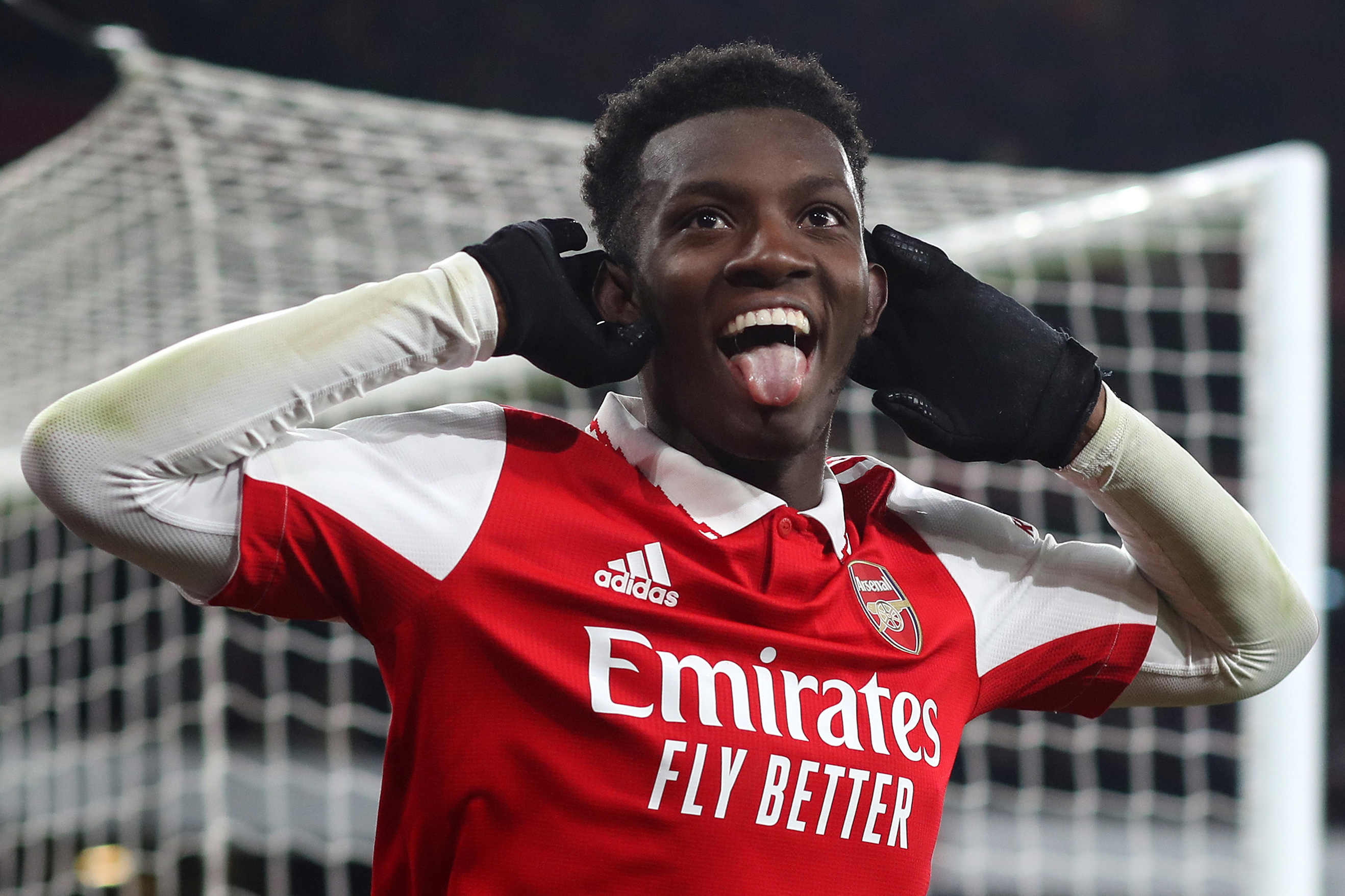 Arsenal beat Manchester United 3-2 in a thriller at the Emirates on Sunday.

Find out who impressed in the Premier League's game of the seasons so far with our Gooner Fanzine Player ratings:

Not many keepers would have had a chance of dealing with the power and precision of Rashford’s strike. Had to do better for the second goal though, spilling the ball from United’s corner- no communication between him and Tomiyasu, who could also have dealt with the cross.

Did battle with Marcus Rashford and was booked for a late challenge on the winger, with the risk of a red card leading to him being taken off at half time.

Turns the ball over well and has developed into a reassuring presence in the centre of defence.

Tried in vain to head the ball off the line for Lisandro’s goal but won everything else in the air. Arsenal’s best centre-back pairing in many years.

Gives his all in every single game, always making something happen. So confident to step into midfield, ending up in all kinds of positions.

So much pre-match talk was about the suspension of Casemiro. Gave the ball away and was then nutmegged by Rashford before the United forward buried the ball into the bottom corner. At times outstanding and other times frustrating.

Flew into a tackle on Luke Shaw just 16 seconds into the first half. Delivered the teasing cross for Nketiah’s header. Laid the ball off with a clever reverse pass to set up Xhaka during the first goal.

Just gets better and better, just with the exception of being a little more ruthless in front of goal. Confident, ever so skillful and leading Arsenal from the front.

Arsenal’s starboy lit up the right wing once again and scored a goal that we will be watching on repeat for the rest of the week to give Arsenal the lead, curling the ball into the back of the net from outside the box in stunning fashion.

Blazed a shot wide early on and was often a spectator in the first half as a lot of Arsenal’s attacks came down the opposite flank. Burst into life in the second, cutting in onto his right foot and driving at the defence.

Worked hard off the ball to close down Varane and Lisandro Martinez. Scored a perfectly timed header to equalise for the Gunners, moving past Wan-Bissaka and rising to head past de Gea. A brilliantly composed and crafty flick to win the game for Arsenal in the final minutes of the game, surely his best display in an Arsenal shirt.

The task of keeping Rashford quiet was passed on to the Japanese international, who was able to change things up going forward to support Arsenal’s attacks, assisting Saka’s goal.

Made his Arsenal debut after signing on Friday and took the corners after replacing Martinelli.