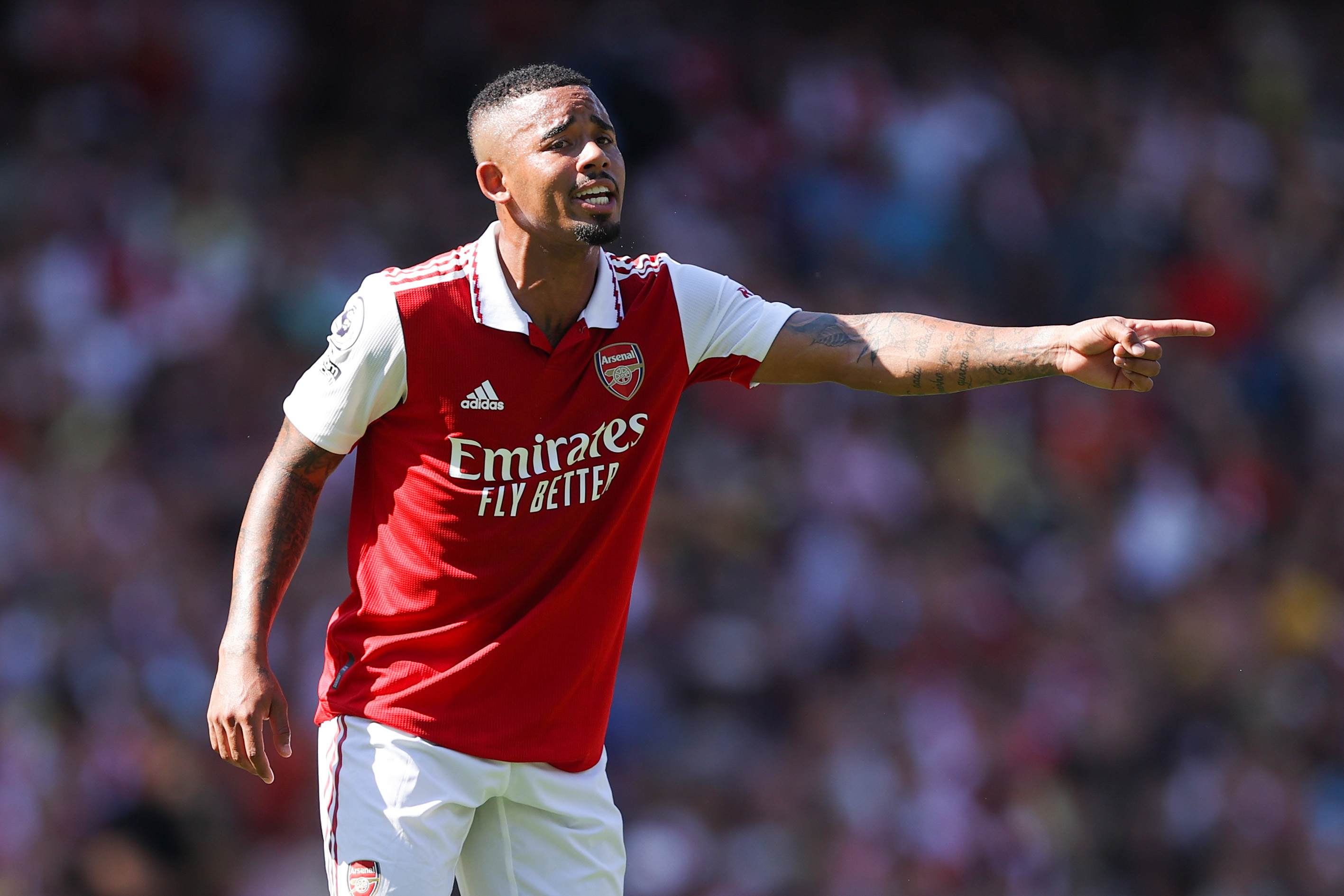 Jesus: He's Arsenal No9 - scoring goals in the red and white

Arsenal beat Leicester City 4-2 in an entertaining match on a blazing hot afternoon in North London on Saturday.

The highly-impressive Gabriel Jesus grabbed his first Premier League goals for the Gunners as Mikel Arteta's side eased past the Foxes in a lively clash at the Emirates.

The Brazilian striker who was signed from Manchester City this summer, netted a brace before the break and could have had more were it for not for the woodwork and Danny Ward's efforts in the visitors goal.

James Maddison again reduced the arrears, firing through Aaron Ramsdale - who perhaps should have done better - only for Gabriel Martinelli to make the score 4-2 moments later, as the rampant Gunners maintained their 100% start to the season.

Aaron Ramsdale: 6.5/10 - Always a forceful presence, but perhaps if he could be a tad calmer it would benefit his future progress as well as the Gunners backline. Beaten through his legs by Maddison - he’ll want to ensure that doesn’t happen again

Ben White: 7.5/10 - An assured presence at right-back until he was replaced by Takehiro Tomiyashu

William Saliba: 7/10 - Unlucky to nod past Ramsdale for an own goal on his home debut after a spell of route one football by the Foxes. Otherwise gave a promising performance

Gabriel: 7/10 - A powerful presence in the backline but the Gunners simply can’t concede two goals at home every game

Alexsandr Zinchenko: 7.5/10 - A solid presence at the back allied with intelligent attacking play when supplementing colleagues further forward. Earned a round of applause when he was replaced by Kieran Tierney late on

Granit Xhaka: 7.5/10 - Hit the post early on as a precursor to the home side’s dominance. Steeled nerves with the Gunners crucial third moments after Saliba’s own goal

Bukayo Saka: 7/10 - An energetic performance up and down the right flank on a blazing hot day prior to being replaced by Emile Smith Rowe late on

Gabi Martinelli: 7.5/10 - Works so hard and so unselfishly. Dovetails well with Jesus. Deserved his late goal to seal the match for Arsenal

Jesus: 8/10 - Exquisite strike to put the Gunners ahead after lifting the ball over Foxes keeper Danny Ward to send the crowd into raptures. Followed up with a near post header shortly afterwards to double the lead and his contribution. Could and should have had more, but for the efforts of Ward and the woodwork. What a signing for Arsenal.

Kieran Tierney: 7/10 – Replaced Zinchenko late on and fully deserved his warm ovation from a knowledgeable Arsenal crowd who never forget Gunners who give their all

Eddie Nketiah: 7/10 - Came on for Jesus with moments remaining