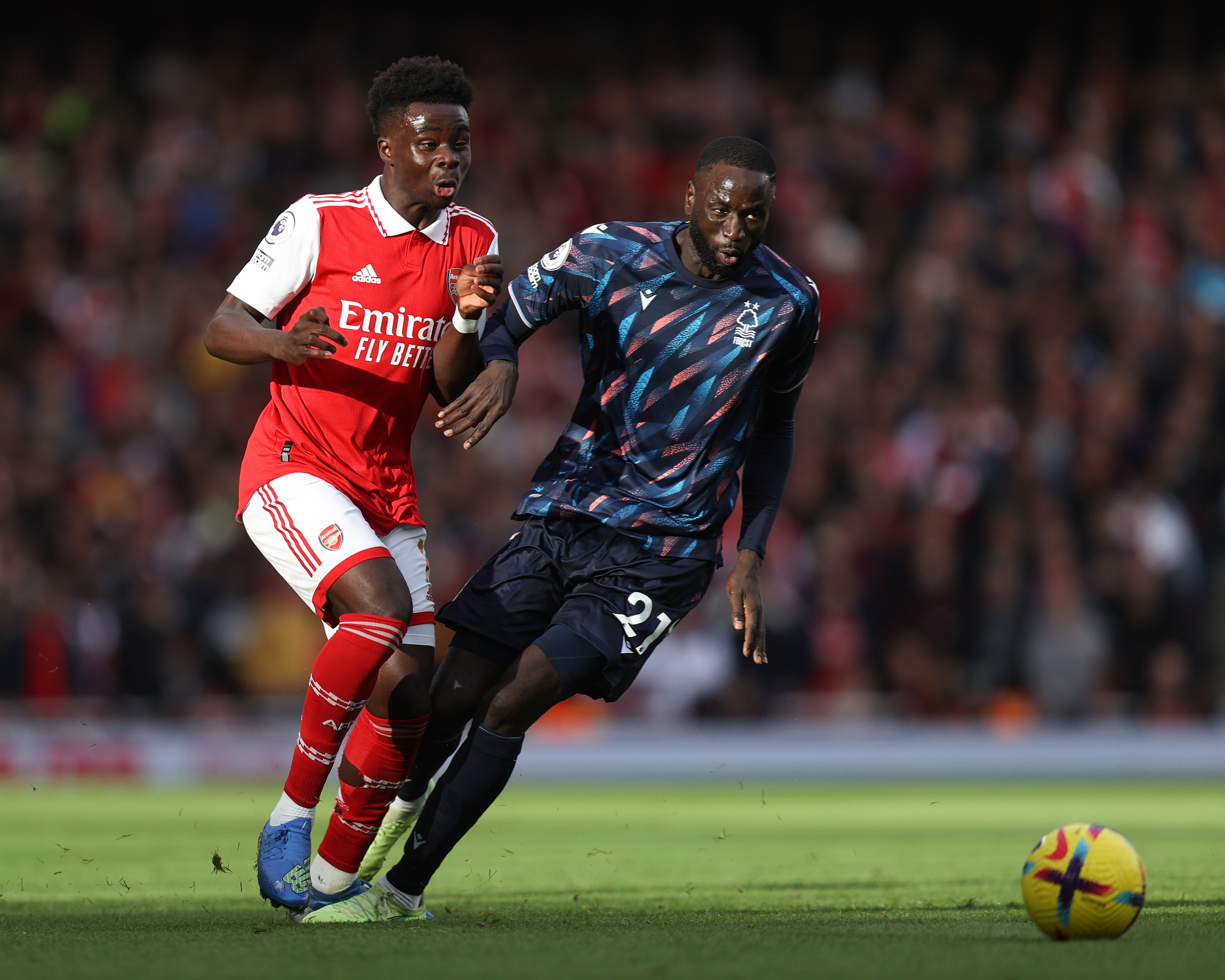 Arsenal returned to the top of the Premier League table after routing Nottingham Forest 5-0, as the Gunners proved too strong for Steve Cooper’s struggling side in North London on Sunday afternoon.

Gabi Martinelli’s early goal was bolstered by Reiss Nelson’s second half brace, alongside Thomas Partey’s precise shot and a late fifth from captain Martin Odegaard - as the home side banished a frustrating week in emphatic fashion to post their biggest win of the season.

Find out which who impressed with our Arsenal player ratings:

Aaron Ramsdale: 7/10 - Will be thankful for a quiet afternoon to regain his equilbirum following a chastening match in the Netherlands

Ben White: 7.5/10 - Offered support further forward while remaining solid at the back. How on earth can Gareth Southgate fail to pick him for England at the World Cup?

William Saliba: 7.5/10 - After the tough month he has had, it was a walk in the park against a limited Forest side

Granit Xhaka: 7.5/10 - An influential presence in the heart of the game when required to go with a threat further forward when his team powered upfield

Gabi Martinelli: 7.5/10 - Always a lively presence his early goal steadied Gunners nerves after a difficult week to put his side on the road to an ultimately comfortable victory

Martin Odegaard: 8/10 - His relentless work ethic is almost as satisfying as his wonderful touch, vision and creativity - as witnesses by his pleasingly emphatic late strike to make it 5-0

Bukayo Saka: 7/10 - The lively Saka’s afternoon was ended prematurely when he hobbled off before the half hour mark. The thought arose, also, that perhaps Arteta – if not the player himself – would accept a trade-off regarding a two-to-three-week layoff, effectively forcing the 21-year-old to miss England duty at the forthcoming World Cup. Thereby, also ensuring a much-needed six-week rest

Gabriel Jesus: 7/10 - Worked hard but could do with a goal. No matter on days like this, but more will be needed against Zurich and Chelsea this week