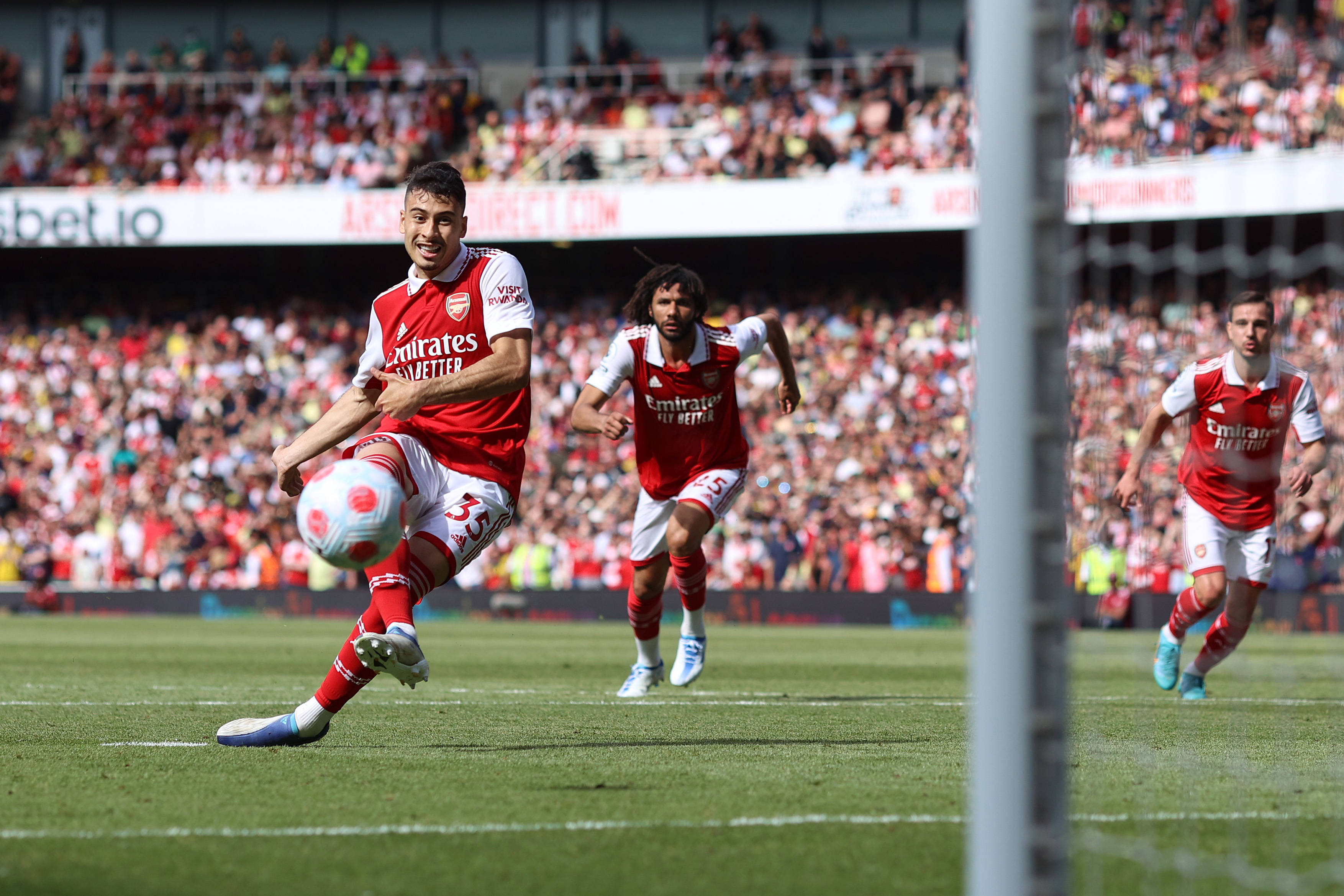 Arsenal took the lead midway through the first half when Gabriel Martinelli slotted home his spot-kick after his shot hit Alex Iwobi's arm, with VAR awarding the penalty.

Out of contract Eddie Nketiah headed home to make it 2-0 on 31 minutes, prior to substitute Donny van de Beek pulling a goal back right on the stroke of half time.

Arsenal were too good for the visitors - whose main source of entertainment came from cheering on the news that Manchester City were moving towards the Premier League title instead of Liverpool.

Cedric Soares made it 3-1 with an excellent strike, as befits a player who won the 2016 European Championships. Gabriel made it four late on before Martin Odegaard added a late fifth as Arsenal finished in fifth place.

Arsenal will now play in the Europa League next season after missing their first season in continental competition in 25 years this term.

Speaking after the match, Arteta admitted he is already planning for next season. "We have a very important week to make some decisions as well and start to set the platforms for what we’re going to do in the summer. We are ready to do that and we need to start to go."

Ramsdale: 7/10 - Let's hope for another big season from Arsenal's England keeper after a breakthrough year at the top level

Gabriel: 7.5/10 - Struck with the Gunners fourth to add to his reputation as a goalscoring defender

Ødegaard: 7/10 - Let's hope the creative midfielder will be Arsenal captain for many years to come. Hit a late five to put the seal on an emphatic, if hollow victory

Martinelli: 7.5/10 - Calmly slotted home his first half penalty to put the Gunners on the road to victory

Nketiah: 7/10 - Says plenty that out of contract Eddie is Arsenal's top scoring striker. With five goals

Alex Lacazette: 7/10 - Made his final appearance in Arsenal colours when replacing Nketiah

Pepe: 6/10 - On for Saka. What will the future bring for Arsenal's record signing?