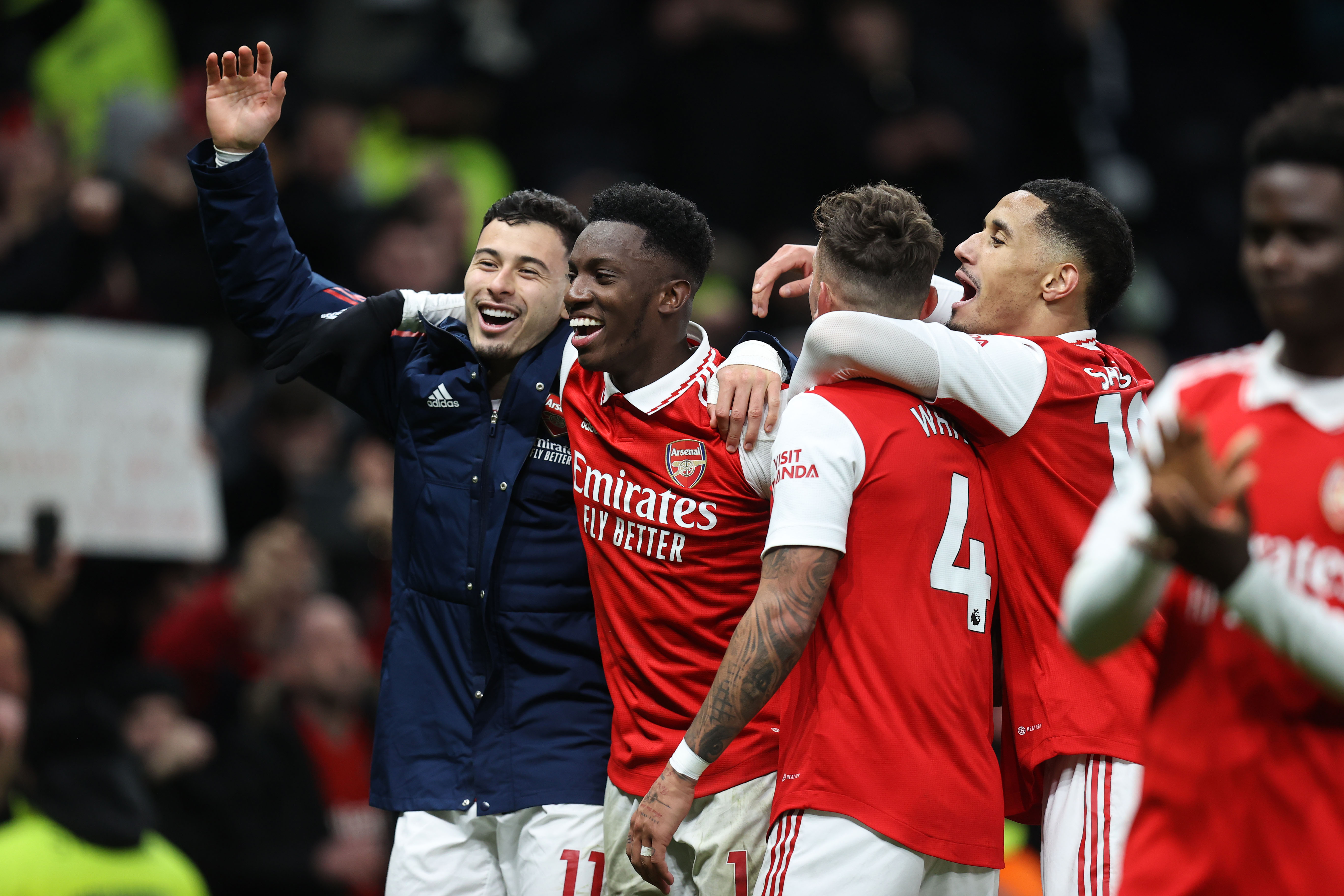 A faultless display from the Gunners. CREDIT: Charlotte Wilson/OFFSIDE

Arsenal extended their lead at the top of the table with an emphatic win against their North London rivals Tottenham.

The Gunners were rampant in the first half, settling the final score line at the 36th minute thanks to an own goal from Hugo Lloris and a spectacular shot from Martin Odegaard.

Find out who impressed with our player ratings.

Aaron Ramsdale: 9 – Made a number of crucial saves to keep a clean sheet and earned MOTM, a charismatic figure in a fierce game.

Ben White: 8 – Always reliable, confident and composed both on and off the ball

William Saliba: 8 – Partnered well with Gabriel in keeping Kane out of the game.

Oleksandr Zinchenko: 9.5 – One of the best full back performances I’ve seen in recent years for Arsenal, always looking forward and heavily involved.

Martin Odegaard: 9 – A captains performance, no one could get near him and scored a fantastic goal to double Arsenal’s lead.

Granit Xhaka: 8 – Calm headed and faultless in the midfield.

Bukayo Saka: 8 – Always causing problems down the flank, more so for Lloris with the first goal.

Gabriel Martinelli: 7.5 – Made Romero feel uncomfortable all game, took the pressure in his stride, always positive.

Eddie Nketiah: 7.5 – Showed the strengthened elements of his game, brilliant performance without scoring.

Kieran Tierney: 7 – Did his job for the final ten minutes, a strong figure to introduce into a sizzling game.

Takehiro Tomiyasu: N/A: Came on in the 86th minute, not too much to be said.

Emile Smith Rowe: N/A: Introduced in the final moments, we know how much he enjoyed the result.

Fabio Vieira: N/A: Came on late in the game, always a positive player to introduce.