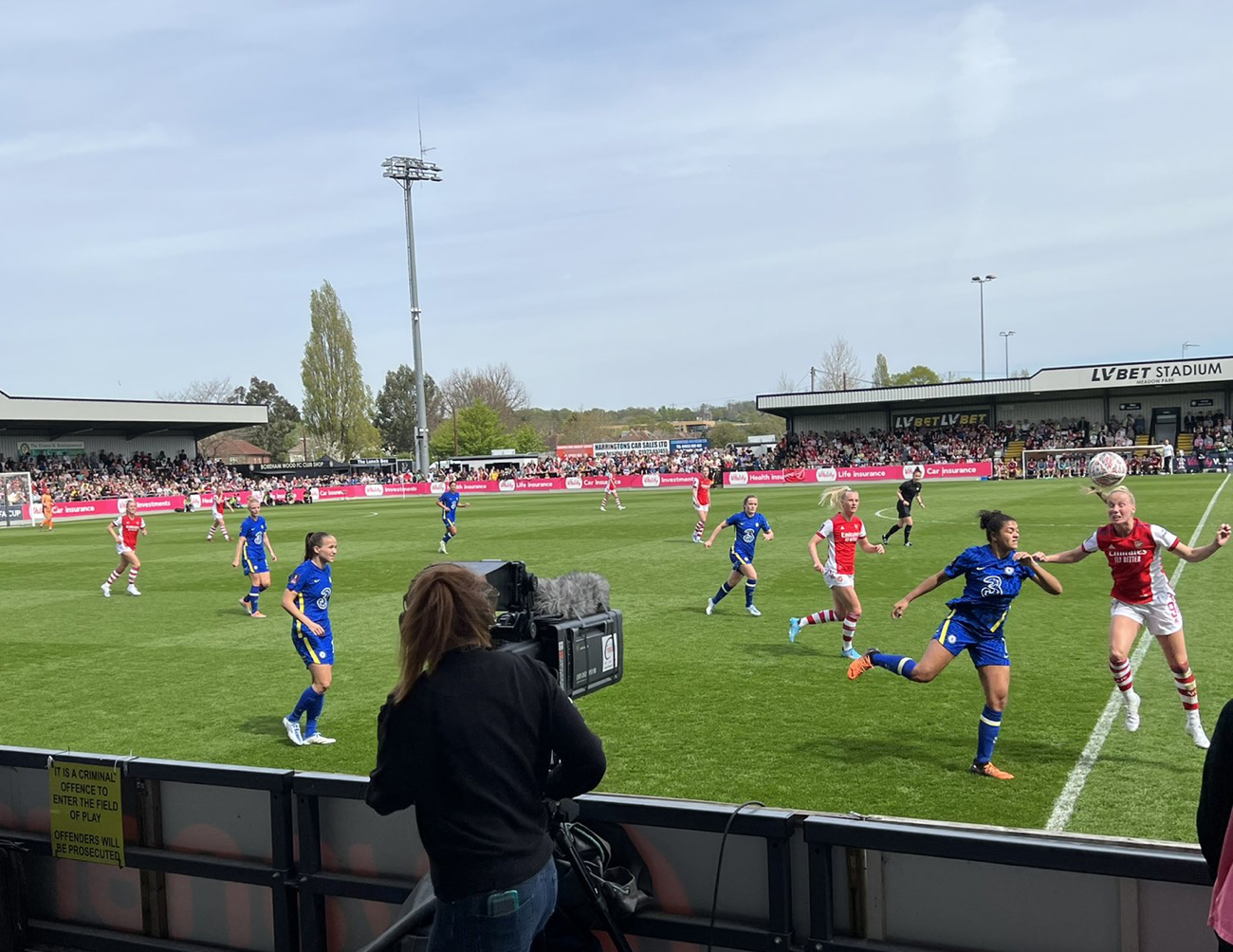 Jonas Eidevall's side failed to avenge their defeat by Chelsea in the 2021 FA Cup Final, losing to Emma Hayes' Blues 2-0 in this season's semi-final at Meadow Park on Sunday. CREDIT: @laythy29

Emma Hayes side reached the 2022 FA Cup Final after emerging 2-0 victors over Arsenal Women at a sold-out Meadow Park on Sunday.

In front of 3,458 spectators on Easter Sunday, a pair of second half goals from Guro Rieten and Ji So-Yun sent the Blues through to a Wembley date with Manchester City next month.

Despite Jonas Eidevall’s Gunners starting the brighter side in a bid to banish memories of their disappointing 3-0 loss to Chelsea in the 2021 FA Cup final, the West Londoners showed their undoubted quality after the interval.

Despite Beth Mead narrowly firing wide at the start of the second half following a superb turn in the box, Chelsea grabbed an opener that saw Reiten beat Gunners keeper Manuela Zinsberger with a long range strike, in the 50th minute.

Zinsberger made a number of excellent saves to keep Arsenal in the game, most notably to deny Bethany England and Reiten.

However, Chelsea doubled the lead through an emphatic drive by So-Yun off the underside of the bar on 61 minutes. The strike came after the Gunners backline failed to adequately clear their lines, leaving Eidevall's side facing an impossible task in the Easter sunshine.

The defeat means that 14-time FA Cup winners Arsenal have not won the competition since 2016, while Chelsea aiming to lift a third title in five years, when they face City in a repeat of this year's League Cup final that Gareth Taylor's side won in February.

Eidevall's Arsenal must move on from this loss quickly as they battle Chelsea in the race for the Women's Super League title.