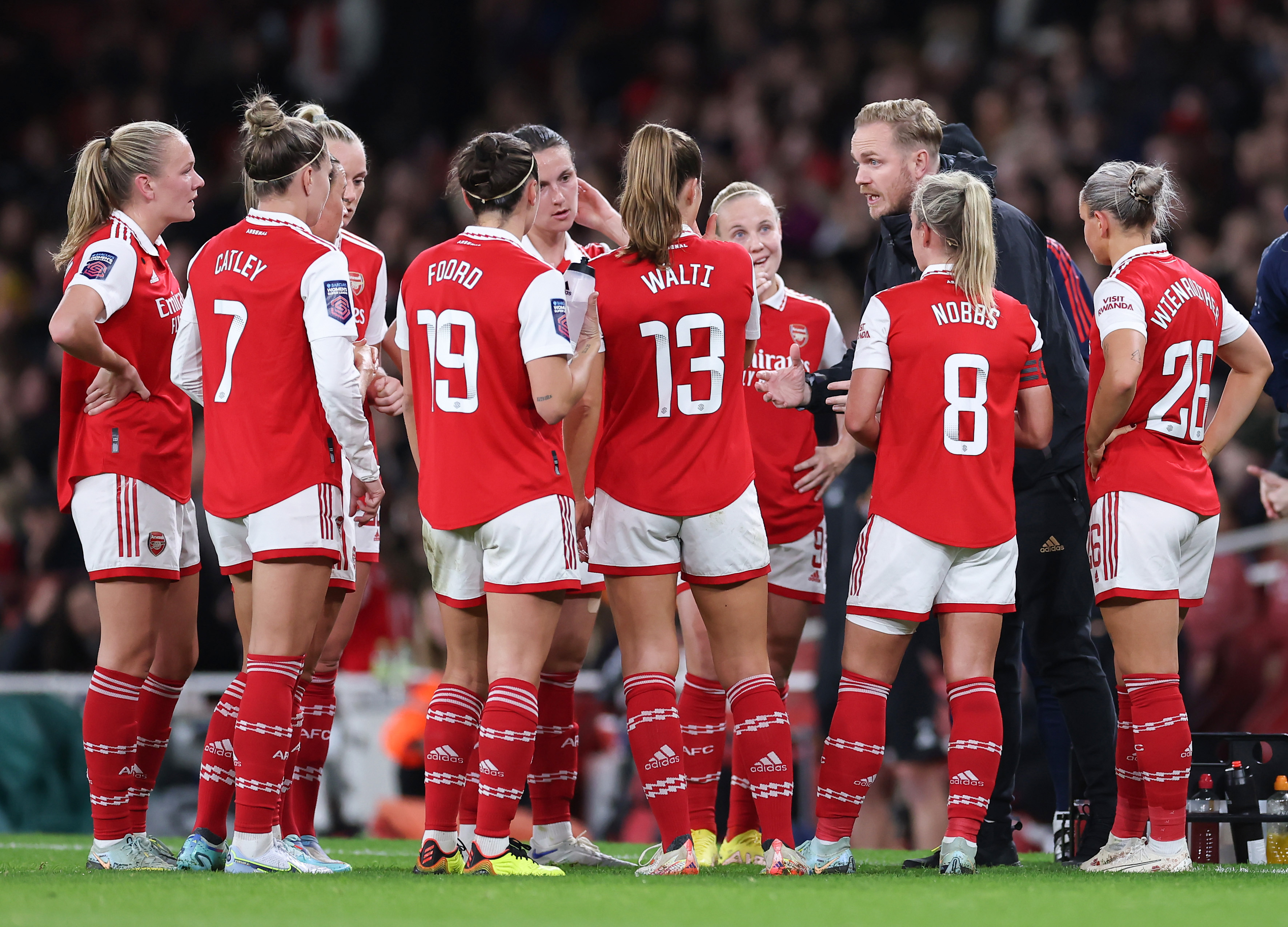 An uncharacteristically nervy display at times- will have to take responsibility for Toone’s goal, getting nowhere near the ball after trying to punch away Ladd’s cross. Made two crucial saves late on but couldn’t prevent Russo’s winner.

Defended superbly one on one, a really excellent display on the right of a shaky Arsenal defence. Scored her first goal for the club, timing her run, and then volley brilliantly to get on the end of McCabe’s cross. If anyone deserved that goal tonight, it was the Austrian.

Returned from a minor injury and was up against it in the early stages with United attacking really well.

Improved as the game went on and had a very sturdy second half to nullify United’s attacking threats..

Spent the majority of the game in a hard-fought battle with Nikita Parris, perhaps was lucky not to give away a penalty for a challenge on the England international. Delivered a sublime cross to set up Wienroither for Arsenal’s second!

Turned over the ball nicely in midfield, as ever. Such an important player in this side for Arsenal to have success this season.

Finally enjoying a run of games in red and white and was effective going forward, but was the player withdrawn by Jonas Eidevall when he brought on Miedema.

Equalised just seconds into the second half with a brilliant run and then deflected effort from range! In the form of her life at the moment, making her 50th Arsenal appearance tonight.

Always confident running at defenders, seemed to be fouled plenty of times once again as has been the case all season.

Constantly getting stuck in with her physicality on the left hand side, putting in some strong challenges. Was marking Russo at the corner but was powerless to stop the United striker’s header.

Arsenal’s biggest threat getting onto the end of long balls, working tirelessly to put pressure on the United defence.

Played a role in Arsenal’s second and had a couple of shooting opportunities.

Thrown on upfront by Jonas Eidevall