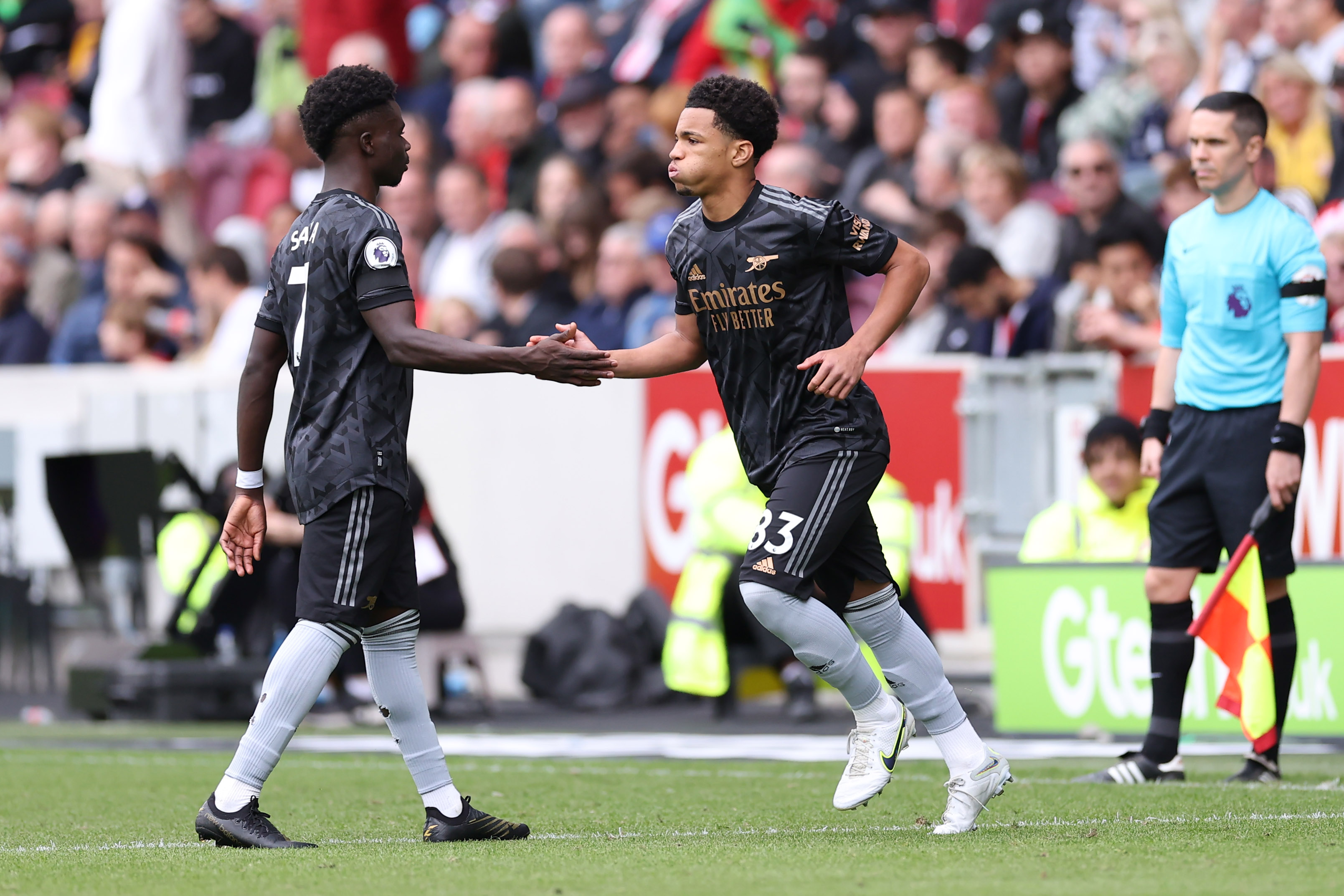 Ethan Nwaneri, aged 15 and 181 days made his Premier League debut for Arsenal

Ethan Nwaneri became the youngest ever Premier League player aged 15 years and 181 days as imperious Arsenal eased to a 3-0 victory over Brentford as they returned to the top of the table.

First half goals from William Saliba and Gabriel Jesus put the Gunners firmly in control before Fabio Vieira scored a cracker on his full debut.

Watch Arsenal keeper Aaron Ramsdale push 15-year-old debutant Ethan Nwaneri towards the travelling supporters after the talented teen is too modest to take any acclaim pic.twitter.com/1lpSzfcl4S

Ben White - 8/10 - Another excellent performance. Gareth Southgate take not. Or not, because fewer games means less chance of injury and more rest time

William Saliba - 8/10 - Always seems to have so much time on and off the ball. A class act who grabbed another goal

Bukayo Saka - 7.5/10 - Assist and another tireless effort from the 21-year-old. How good will he be in five years?

Fabio Vieira - 8/10 - A excellent strike from such a creative presence on his first start for the Gunners. Great to see him celebrate with the travelling fans

Gabriel Jesus - 8/10 - Another goal for the star striker