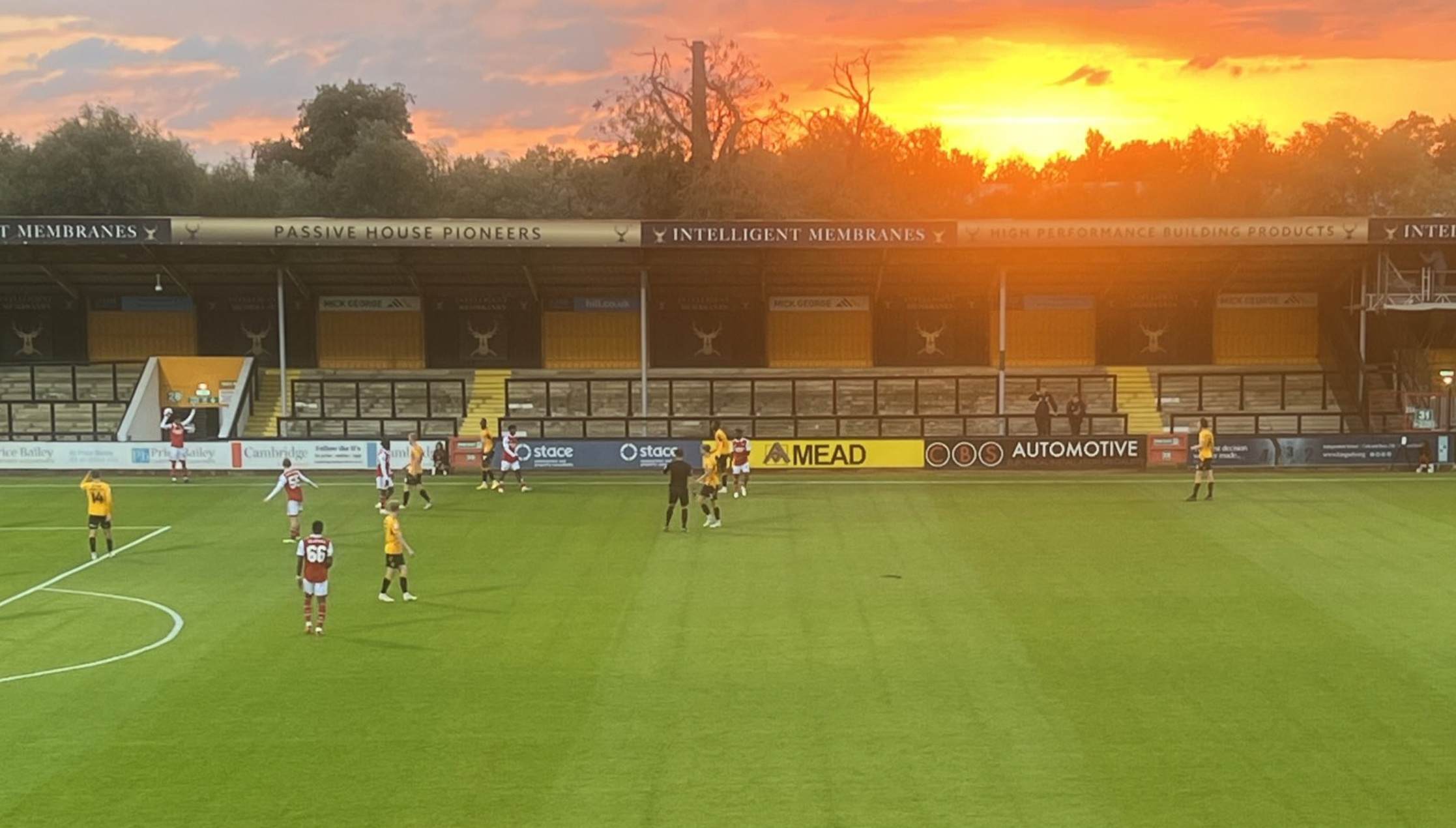 A brace by the lively Nathan Butler-Oyedeji saw the Arsenal Young Guns start their Papa John’s Trophy with a comfortable 2-0 victory over Cambridge United.

In front of a crowd of 1,952 at the Abbey Stadium on Tuesday evening, Mehmet Ali’s promising aces eased past the League One side.

Karl Hein: 7.5/10 - Excellent block late in the first half as well as stretching every sinew to tip a deep cross over the bar kept the Young Guns ahead. Earned his clean sheet

Zach Awe: 7/10 - Striking up a good understanding with fellow centre-back Foran but needs to work on concentration at times certainly in terms of distribution when being pressed from the top

Lino Sousa: 7.5/10 - An intelligent left-back who would have learned so much from coming up against seasoned lower league professionals

James Olayinka: 7.5/10 - A busy and battling performance in the heart of midfield

Tim Akinola: 7.5/10 - The 21-year-old who spent a season on loan at Huddersfield during lockdown was a mature presence in the middle of the park

Kido Taylor-Hart: 7/10 - Not as influential as he would have liked to have been but wasn’t for the lack of effort as the talented attacker eases his way back from injury. One to watch this season

Joel Ideho: 7/10 - Nearly scored with a low effort midway through the second half but keeper Mannion was equal to the task

Jack Henry-Francis: 7/10 - Clipped the post when well placed but despite the miss he was an influential presence throughout and never stopped working prior to be replaced by Bandeira on the hour mark

Nathan Butler-Oyedeji: 8.5/10 - A fine first half finish to put the Young Guns ahead to cheer the not inconsiderable amount of travelling Gooners inside the Abbey Stadium. Had a chance blocked by Us keeper Will Mannion early in the second half before grabbing his second in a lively display. Earned his applause when replaced by Charles Sagoe Jr late on

The Arsenal U21s celebrate after going 2-0 ahead here at the Abbey Stadium against Cambridge United following Butler-Oyedeji’s second of the evening @PapaJohnsTrophy pic.twitter.com/xwM9sJn9bt

Zane Monlouis: 7/10 - Came on for Awe as the clock ticked down

Catalin Cirjan: 7/10 - Double sub with Monlouis as the Romanian swapped with Taylor-Hart

A sad honour and a privilege to represent everyone associated with the @GoonerFanzine at the late Maria Petri’s funeral today. A large presence from The Arsenal family here at the service is testament to her passionate and unstinting loyalty to our club. RIP Maria ? pic.twitter.com/zxpqoCMez9

A sad but uplifting day at Maria’s funeral in North London earlier. Lovely to be part of so many good people hearing her wonderful family share stories about her life well lived and her love of Arsenal. PS I think she’d have approved of me going to see the Arsenal U21s tonight pic.twitter.com/5wVV8CBPwa