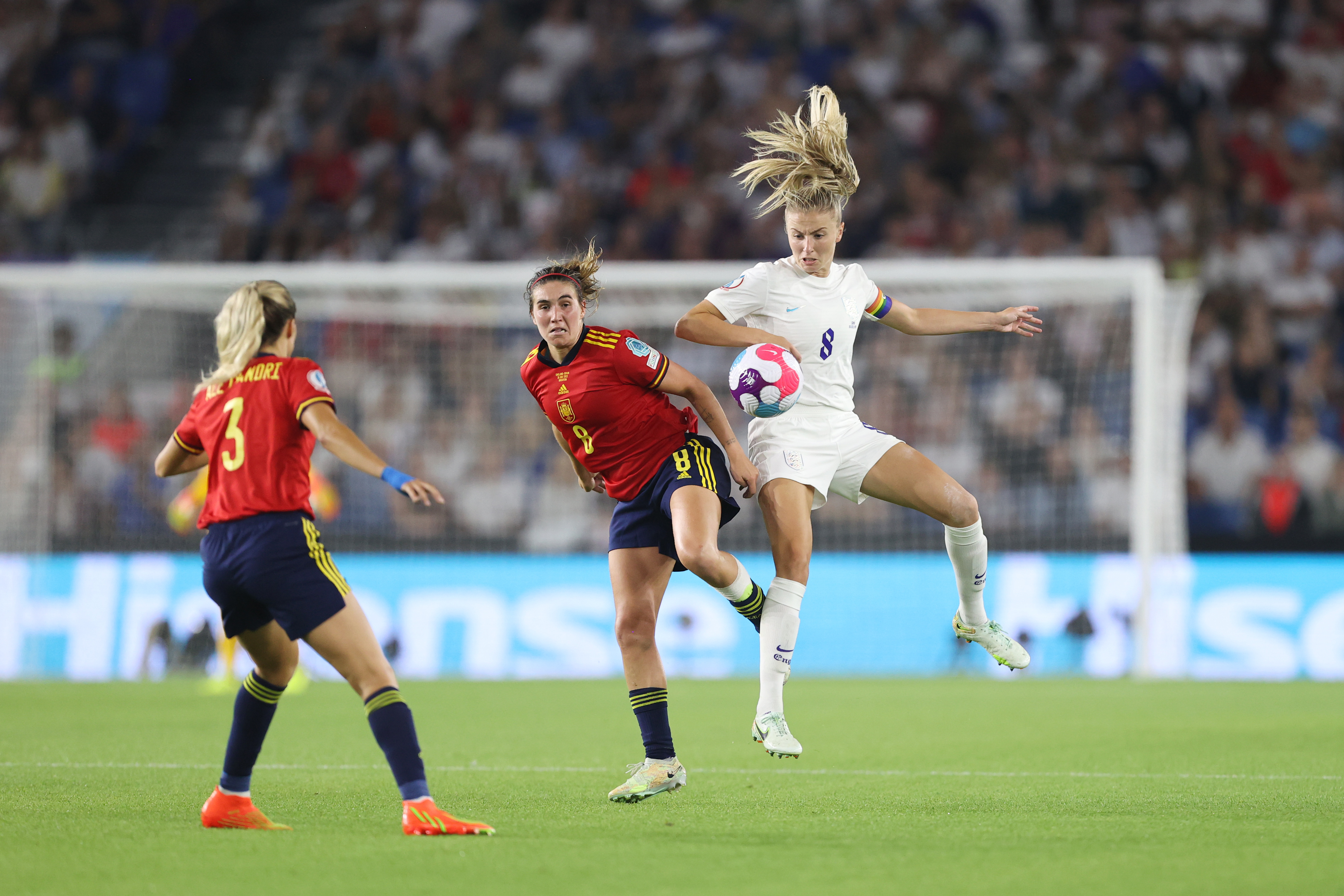 Arsenal's Leah Williamson captained England to the last four of the European Championships after a dramatic evening on the south coast.

Sarina Wiegman's resilient side showed true character to win through to the semi-finals of the European Women's Championship - after coming from behind in to beat pre-tournament bookies favourites Spain in extra time.

Georgia Stanway sent fans in a crowd of 28,994 at the Amex into raptures when she fired home from long range, to underline a remarkable turnaround on Wendesday evening.

Wiegman's side had trailed up until the 84th minute of normal time, prior to substitute Ella Toone slamming home Manchester United colleague and best mate Alessia Russo's flick-on, to level Real Madrid No9, Esther Gonzalez's opener.

The triumph meant the Lionesses have now reached a fourth successive women's major tournament semi-finals and their impressive unbeaten run under Wiegman now extends to 18 matches.

England are one of the favourites to lift the coveted trophy for the first time at Wembley on Sunday July 31 - but first they have to beat Sweden or Belgium at Sheffield United next Tuesday to reach the showpiece final.

Mary Earps: 7.5/10 Brave and well-organised. Dominant in the box and exudes confidence

Millie Bright: 8/10 Another excellent performance by the Chelsea captain who dovetails well with Williamson at the heart of the Lionesses backline

Rachel Daly: 6.5/10 Engaged in a duel with the dangerous Del Castillo in the second half. Could have done better in preventing Esther Gonzalez's opener

Georgia Stanway: 8/10 Tenacious and talented. An exceptional goal for the winner - you won't see a better strike all season

Beth Mead: 6/10 Not as effective Arsenal's normally superb attacker would have liked. Hooked but will be back for the semi-finals

Fran Kirby: 5/10 Another who struggled to make an impressive against the Spain backline

Lauren Hemp: 6/10 Grew in influence as the game went on