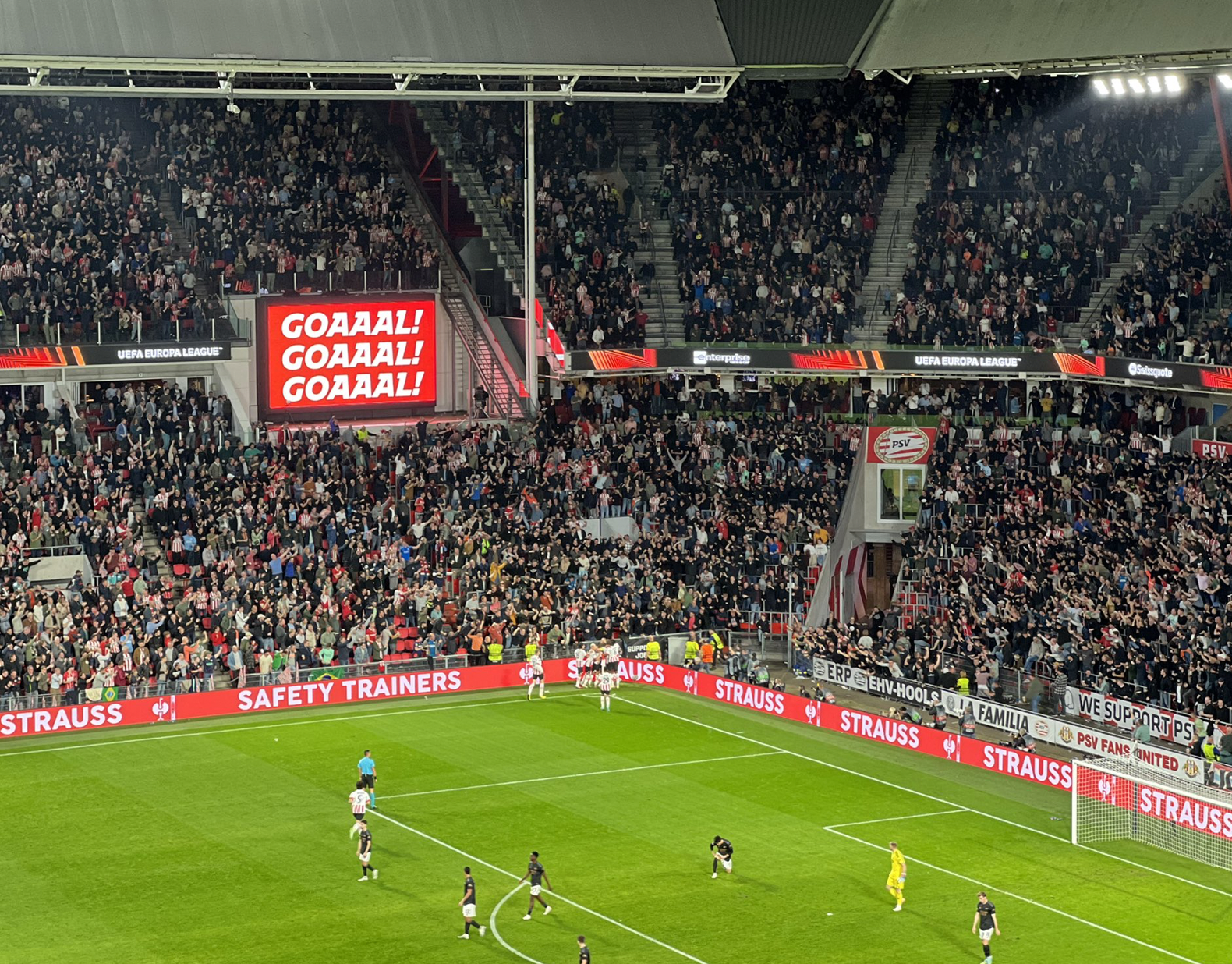 Mikel Arteta's Arsenal were soundly beaten by PSV on a disappointing evening in Eindhoven.

The Premier League leaders Arsenal missed a chance to seal top spot in Europa League Group A as they lost to Ruud Van Nistlerooy's outift in the Netherlands on Thursday evening.

However, despite the loss, the North Londoners only require a point to avoid the need for a pair of February play-off matches and head qqualify for the last 16 next March.

Find out which players impressed with the Gooner Fanzine ratings

GK: Aaron Ramsdale - 5/10 - Conceded two goals, had two more disallowed and yet his performance was still one of merit

RB: Takehiro Tomiyasu - 4/10 - Wasn't as tight on Gaxpo as his dogged displays would have indicated

CB: William Saliba - 4/10 - A disappointing display from such a talented defender

CB: Rob Holding - 4/10 - Could and should have done better for the opening goal

CM: Albert Sambi Lokonga - 4/10 - Next time he bangs on Arteta's door to demand more game time the Arsenal boss will show him a video of this match

CM: Granit Xhaka - 5/10 - Contremps trying to get Gaxpo to leave the pitch

LW: Gabriel Martinelli - 6/10 - Booked to cap a dispiritng evening in the Netherlands