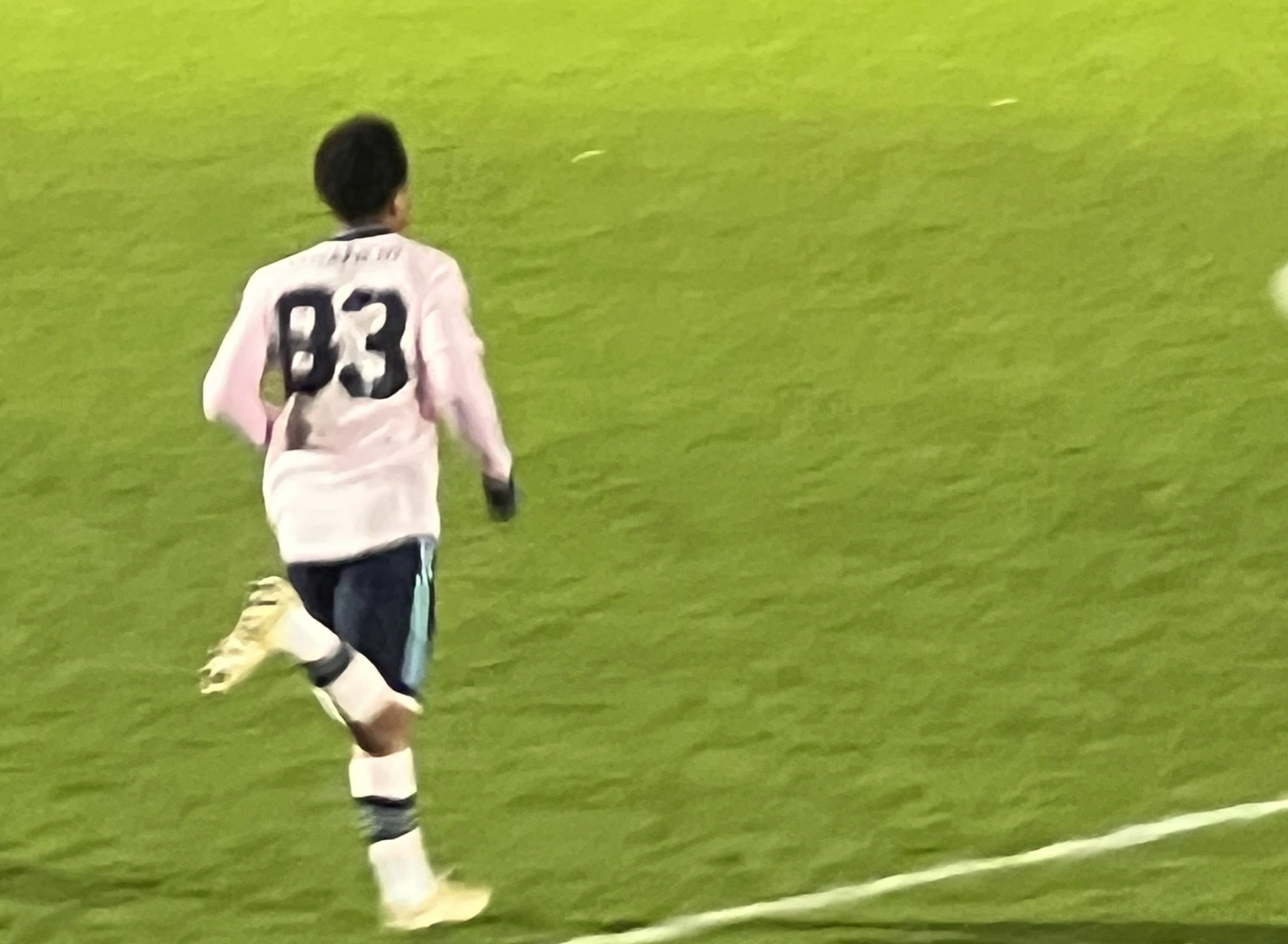 Stevenage beat Arsenal U21s 3-2 in a thrilling match to progress in the Papa John's Trophy on Tuesday evening.

An early goal from Nathan Butler-Oyedeji put the young guns 1-0 ahead prior to David Amoo's close range effort levelling proceedings after the interval. Dan Sweeney's header made it 2-1 before the lively Amario Cozier-Duberry equalised for 2-2.

Arthur Read clinched victory for the home side with a late winner to make it 3-2 to seal an entertaining match in front of a crowd of 2,236 which included 722 from Arsenal.

Official attendance here @StevenageFC Vs Arsenal U21 2,236 with 722 travelling Gooners. FYI when Spurs U21s played here last month the crowd was 1,449 with 140 away fans. pic.twitter.com/JrmINK4xn9

Read on for our Player Ratings:

Aaron Chapman: 7/10 - The Boro reserve keeper was beaten early on and didn't fully convince throughout

Dan Sweeney: 7.5/10 - Unsure whether to stick or twist against the lively young Arsenal defenders but rallied strongly to nod home Boro's second goal - even if questions have to be asked of the visitors ability to clear the aerial ball that led to the header

Max Clark: 7/10 - Solid at the back and an important addition on dead balls, with his first half free-kick flying narrowly over Graczyk's bar

Arthur Read: 7.5/10 - Always involved in prompting attacks from his place in the heart of battle

Alex Gilbey: 7/10 - The Charlton loanee is a silky presence, with excellent vision and technique. Tested Graczyk at his near post before the interval, prior to the Addicks midfielder firing over the bar when well-placed shortly afterwards. Should have made his chance count

Hubert Graczyk: 6/10 - The young Polish keeper kept out Charlton loanee Alex Gilbey at the near post prior to the break. Was relived to have seen the Addicks midfielder fire over when he should have scored before half time. Needs to work on his distribution at times

Reuell Walters: 6/10 - Always has pace to burn and turned on the afterburners a few times to recover his position - and the ball - from Boro's attackers who looked to break through

Taylor Foran: 5/10 - Will have benefited from playing against the seasoned professional from League Two - perhaps should have been more dominant when attempting to clear the ball prior to Dan Sweeney's second half header

Zach Awe - 6.5/10 A class act who impressed during Kevin Betsy's side's run to the quarter-finals last term - and will be better for the experience fo trying to tame the former Ipswich Town striker Jordan Roberts, who presented a constant aerial threat during Boro forays forward

Matt Smith: 6.5/10 Worked his socks off while always attempting to keep play moving with his quick feet

Mauro Bandeira: 6.5/10 Always willing to press when out of possession

Charles Sagoe JR: 7/10 - Lively start to the game after being involved in the opening goal. A constant menace down the left flank. Faded before being replaced by Joel Ideho on 65 minutes

Amario Cozier-Duberry: 7.5/10- The 17-year-old signed his first pro deal this summer - and it's not difficult to see why on his showing this term. Represents England 18s and will go much further if he continues to progress

Nathan Butler-Oyedeji - 7.5/10 Seen plenty of this lad and he's always a handful for the opposition backline. Showed predatory instincts to slot home from close range for the opener after only five minutes

As the Arsenal supporters in the away end here @StevenageFC celebrate Cozier-Duberry’s equaliser to make it 2-2 pic.twitter.com/kYBbSLFYaj