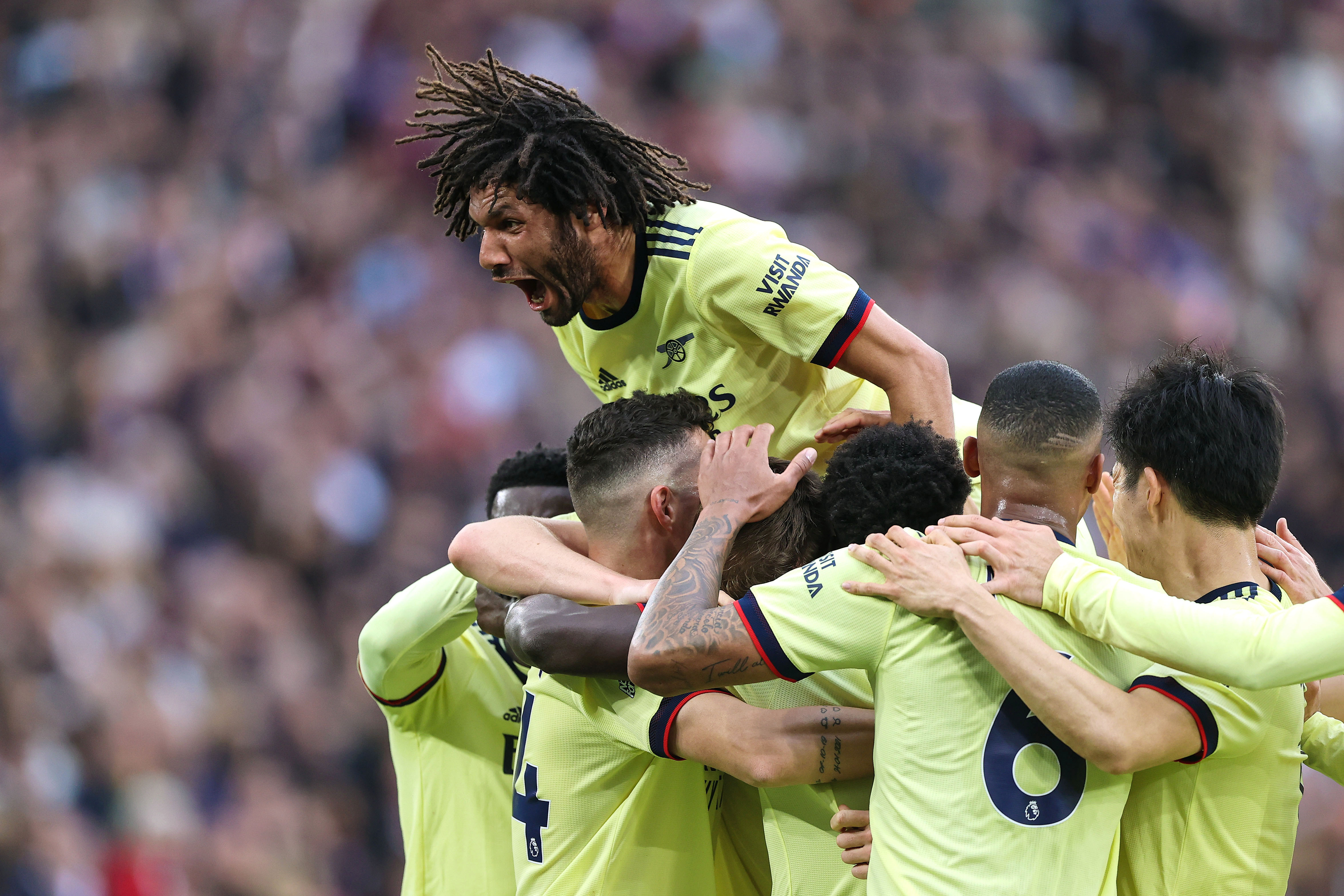 Arsenal boss Mikel Arteta said it was the sign of a big team to be able to win ugly as his resolute Gunners beat West Ham United at London Stadium on Sunday afternoon to reclaim fourth spot in the Premier League.

The Gunners knew only three points would ease them back into the Champions League spot after Spurs beat Leicester 3-1 earlier in the afternoon, but Arteta's team reacted by showing character to clinch a vital victory.

It was Arteta's centre-backs who came good, with Rob Holding opening the scoring from Bukayo Saka's 38th-minute corner prior to Gabriel heading the crucial winner after the interval - sandwiched between Jarrod Bowen's equalised.

Speaking after the game as the Gunners preserved their place in the top four, Arteta admitted he was delighte and relieved, saying: "You have to find a way to win ugly...we showed an incredible spirit."

Aaron Ramsdale - 6/10 - Excellent save from Declan Rice's header, but could have done better for Jarrod Bowen's equaliser before the break. As much as we love his passion world class keepers remain calm at all times and he was lucky when raciong out of the penalty area with Bowen bearing down on him

Takehiro Tomiyasu - 7/10 - Worrying departure after a solid performance - have we seen the last of him this season after only just welcomoing him back? Let's hope not

Rob Holding - 7.5/10 - His first Premier League goal. As he said aftewards with a wry smile: 'Six years'. His vital header underlines just what a good standby he can be, especially when considering his block from Lanzini on the half hour - but let's hope Ben White returns soon. People can bleat about the influential Craig Dawson missing follwing his red card at Chelsea last weekend - but it really is a case of could have, should have, would have. The facts are Arsenal's centre-backs emerged triumphant. That's all that matters.

Gabriel - 7.5/10 - Grabbed the winner to notch his fourth goal of the season to cap an excellent afternoon, even if his deflection from Bowen's shot took the ball away from Ramsdale for the Irons leveller

Bukayo Saka - 7/10 - This lad will be a true Arsenal legend. Assist for Holding's goal after his corner found the Gunners centre-back

Eddie Nketiah - 6/10 - Loved the fact he didn't take a backward step against Rice, his former Chelsea youth teammate. Loved it. Also showed savvy towards the end when winning free-kicks - even if three chances and no goals indicates just why he won't be at the club next season