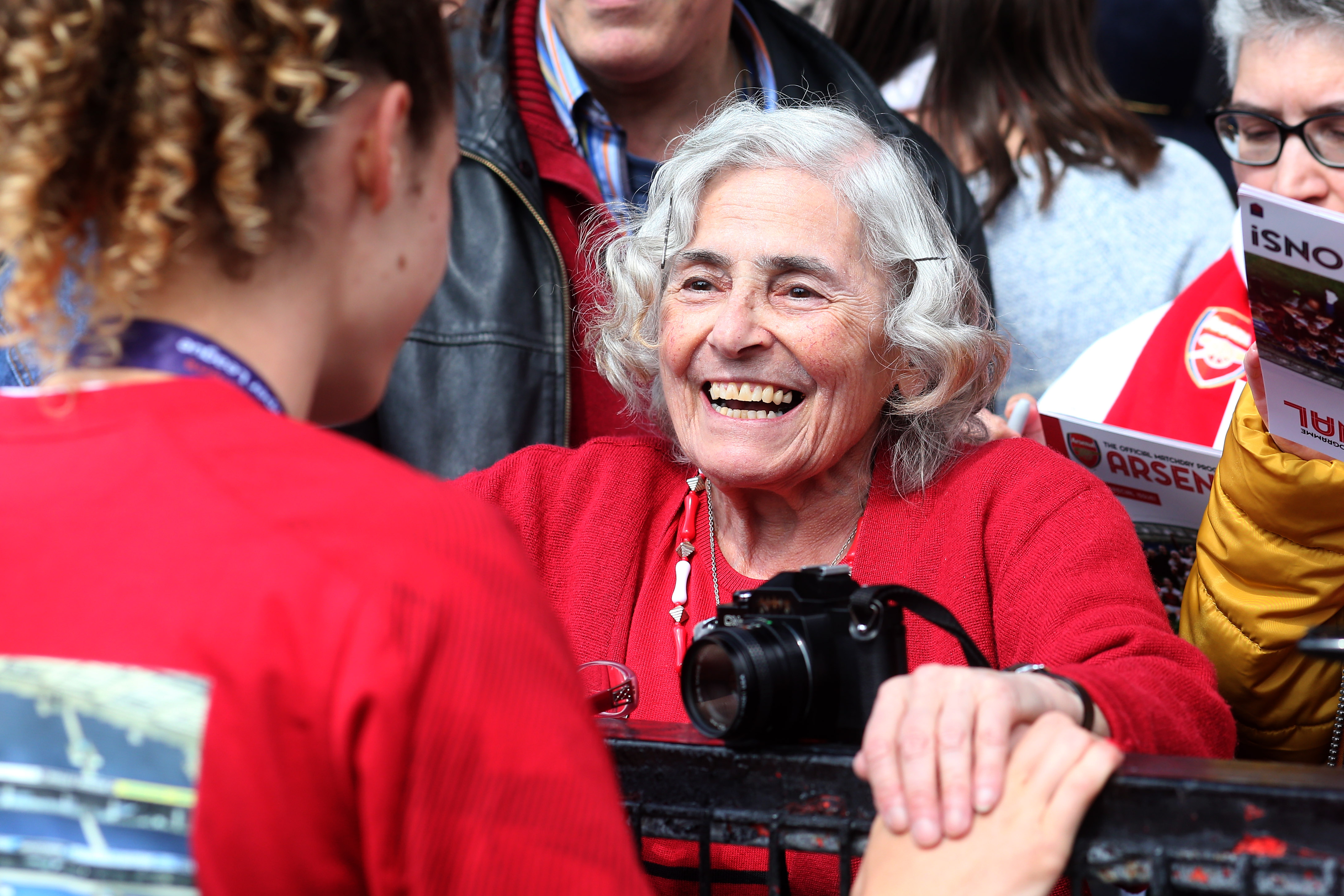 Once a Gooner, always a Gooner: RIP Maria, pictured at Boreham Wood before an Arsenal Women's game. CREDIT: Offside

Maria Petri, 83, was an Arsenal supporter for more than 60 years and her passing today (Friday, July 22) has sparked an outpouring of emotion from Gooners everwhere.

Arsenal Women Supporters Club posted a number of photos of Maria, and wrote: "Our Maria. We will miss you."

In a recent interview with Mundial magazine, Maria explained her passion for the Gunners. "I’m in love with the Arsenal," she said. "That's all I can say. Because I don't have a family of my own, not a nuclear family anyway, Arsenal are my family.

"You’ve heard the phrase those who can play, play, and those who don’t, teach. Or something like that. It’s the same with me. I couldn’t play, so I became the best fan. I'm just so embroiled in Arsenal.

"They’re such lovely people, and the staff as well are absolutely beautiful, they're so nice to me. I think if I'm happy and they look happy because I'm happy, then everybody's happy. The love for them just got hold of me and won't let me go."

Maria Petri’s Greek-Cypriot parents moved over to the UK in 1938. She was born in 1939 started attending Arsenal games as a student in the 1950s.

Arsenal and England captain Leah Williamson reacted to the sad news by saying: "I’m devastated to hear the news about Maria.

"Words will never be enough to describe the importance of Maria to Arsenal. Red and White Forever. Once a Gooner…"

While Charlie Patino added: "RIP Maria. We will miss you."

Alex Scott posted a picture of the two together, along with a broken-heart emoji and the caption: "Arsenal through and through.. Thank you for the love, the passion, the songs and support for us @ArsenalWFC from the very beginning. We will never forget you Maria, We love you."