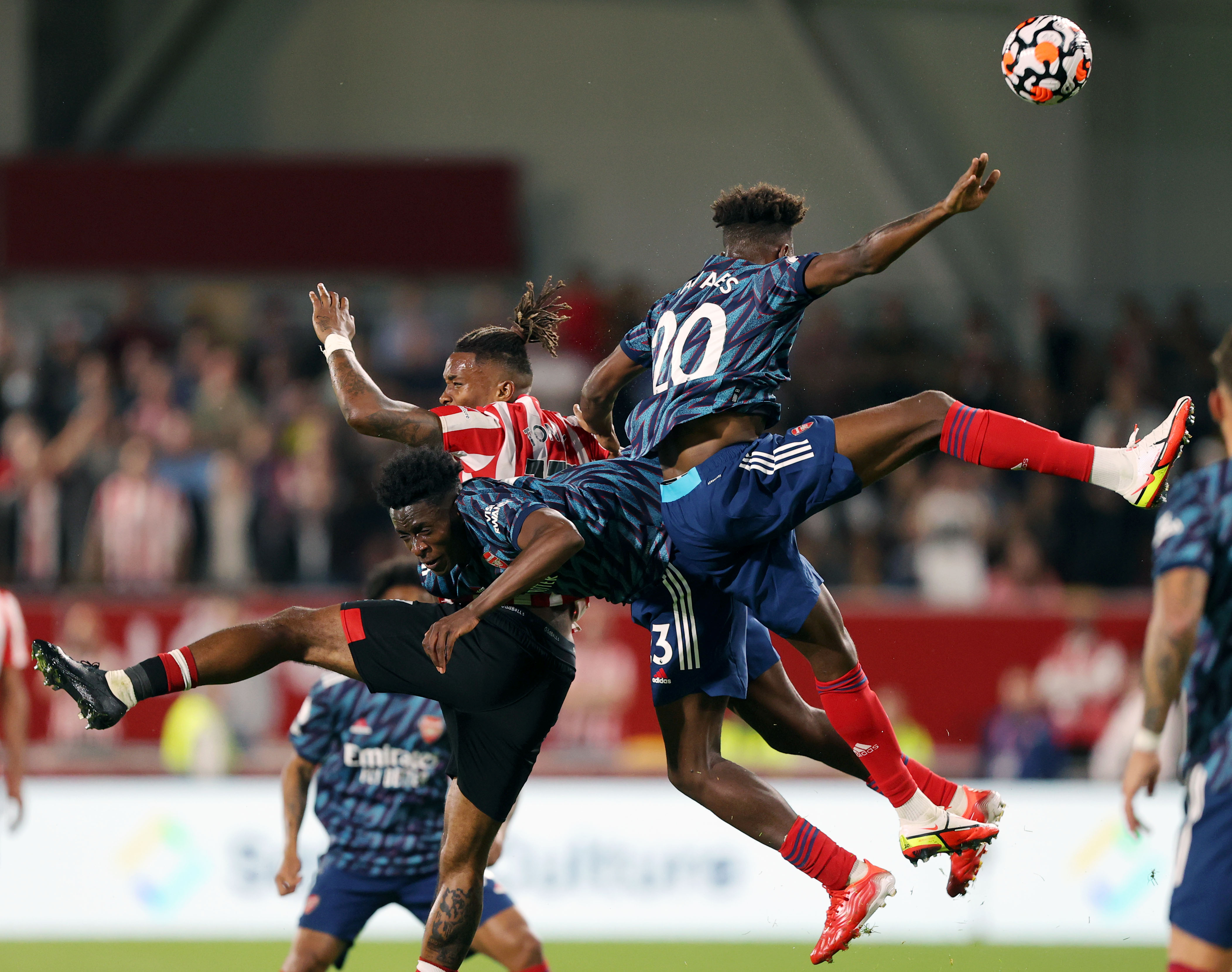 Sambi Lokonga in action during a defeat to another team in red and white stripes, namely Brentford, on his debut back in August when Arsenal lost 2-0

Sambi Lokonga has been speaking after Arsenal's disappointing 1-0 defeat at the hands of Southampton this weekend.

Jan Bednarek's first half goal was enough to beat Mikel Arteta's Gunners - to dent hopes of a top four finish.

The Arsenal midfielder gave his all at St Mary’s on Saturday, but was unable to influence the result.

Bookies lengthened the odds of Arsenal ending the season in the top four even further and the with Gunners set to face Chelsea at Stamford Bridge on Wednesday prior to hosting Manchester United next weekend, if you fancy a flutter, you're better off going with best online casino au in the meantime, ahead of a big week, here's every word from Lokonga’s post-match interview after the disappointing result on the south coast:

on Arsenal losing to Southampton...It's a big disappointment. I think everybody in the dressing room knows that it's not enough for the moment but we need to stick together and get back to winning ways.

on Fraser Forster's performance...Yeah, I think we had the chances to score but the keeper played well. Today the reality is that we lost so we cannot talk too much about it.

on injuries...We know the plan, we know what we have to do, of course, [some of] the main players are missing but yeah, we need to give our best so we don't feel they're missing.

on maintaining belief...We need to believe, I think that's the first thing. We need to stick together. We've been through this so we can do it again.