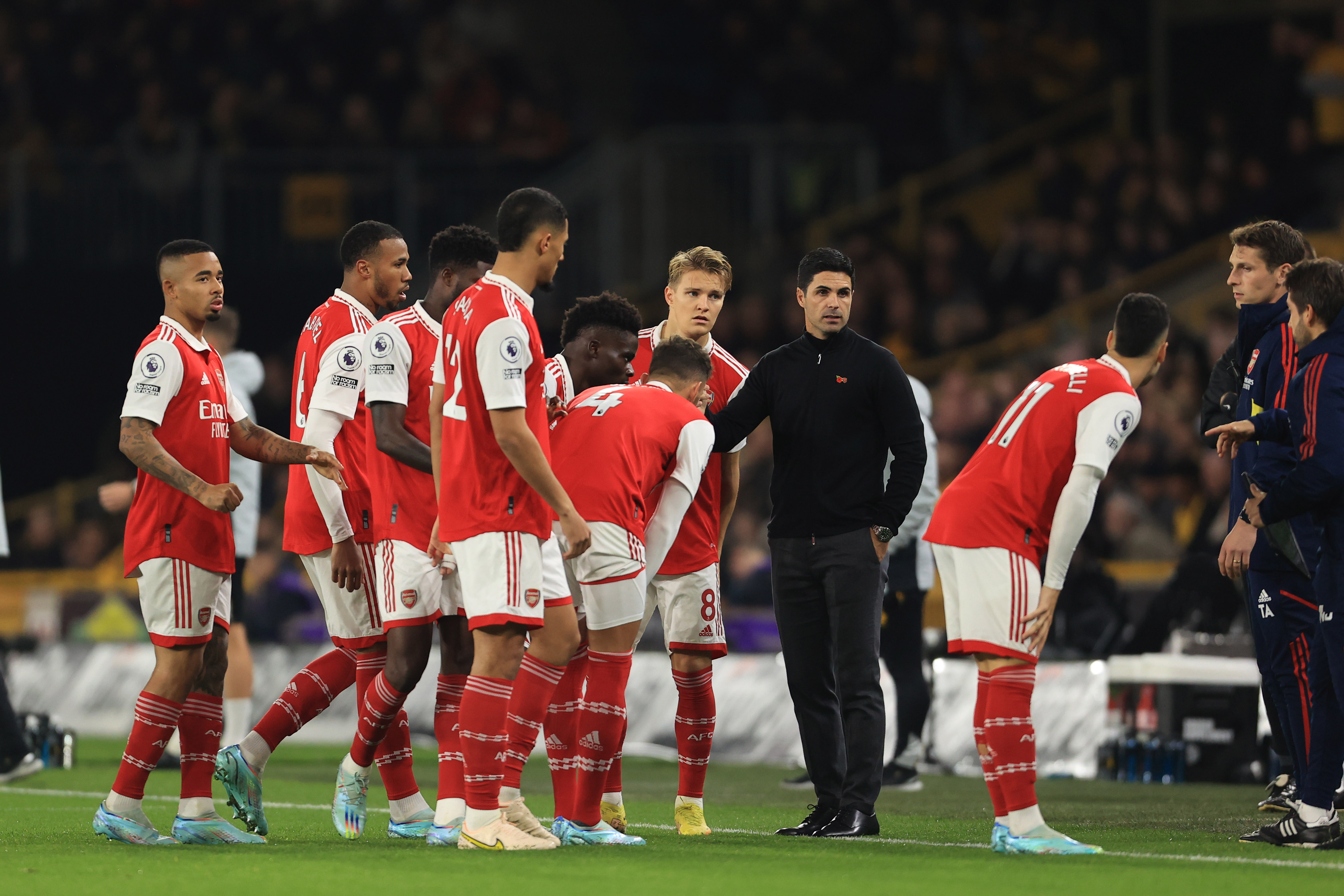 Another win for Arsenal extended their place at the top of the Premier League table to five points as the Gunners capitalised on Manchester City's loss with a win against Wolves.

Martin Odegaard starred, netting a second half brace to confirm the Gunners as capable leaders going into the break ahead of the World Cup.

The win sparked a lot of talking points, particuarly the conversation as to whether Arsenal really could win the Premier League title this year. It's a long overdue achievement that the Gunners have been chasing since their illustrious invincible season in 2004.

Despite Mikel Arteta's side leading by example for some time, there's always been the elephant in the room being Pep Guardiola's City, who fell short in the dying moments to Brentford at home earlier on Saturday.

Going in to the match, Arsenal knew what was at stake and secured their fate with a convincing 2-0 win. As mentioned, Odegaard starred with two huge goals coming in the second half, however it was another rounded performance by Mikel's men.

Ramsdale was confident between the sticks and ever charasmatic, the back line remained strong, an inspired and tireless midfield worked until the very end with the usual help of Gabriel Jesus, who so nearly got his drought-breaking goal.

It's a special season so far for Arsenal, whatever the outcome, there's no denying the development of this side both physically and mentally on the field.

Mikel Arteta praised his side when he spoke to the media post match. "Physically, they gave absolutely everything, and they showed again a lot of maturity and understanding of what to do to come out and get the three points."

The fans were in top-form also, with Arteta once again thanking the support for playing their part in what could become the start of something special in his third year at the club.

"They should feel part of what's happening because they have an incredible power, the way they have transformed the club, the unity they have generated all across the club, and the players are delighted."

Things are just working for Arsenal this season, and it's hoped the Gunners can continue such form when football returns after the World Cup and the short festive period.