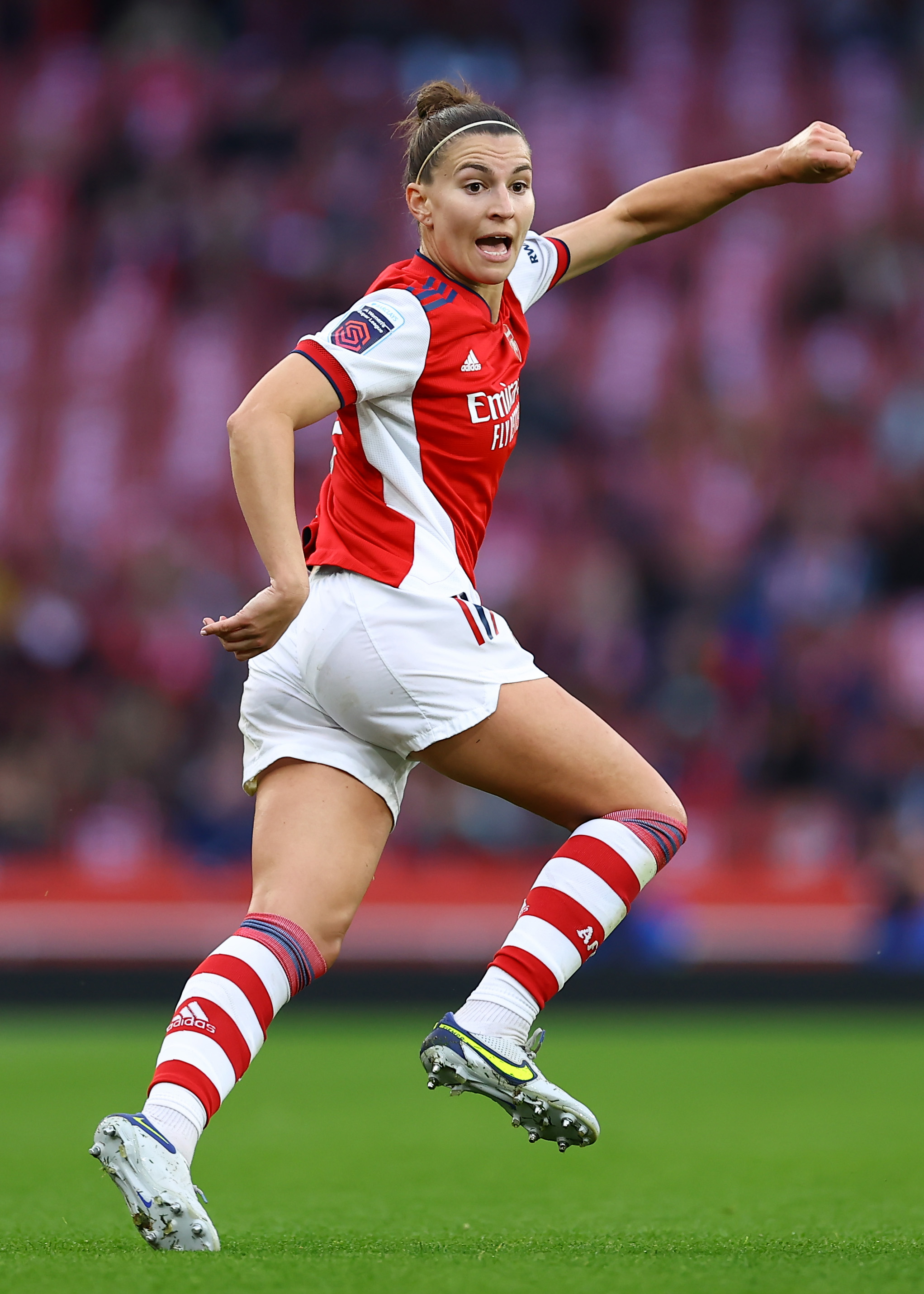 Steph Catley has signed a new deal with Arsenal.

The defender played a part in the Gunners 3-0 rout of Spurs at the Emirates on Wednesday and is an integral part of Jonas Eidevall's side.

Catley joined in 2020, making her debut as a substitute during the Champions League quarter-final versus PSG in August 2020.

The 28-year-old Australian international has so far made 41 appearances for the club, scoring one goal – a superb free-kick versus HB Koge in the Champions League back in November.

Catley said: “It feels absolutely incredible. I’ve been here for two years now and I’ve made some incredible friendships and I feel right at home here.

"I’ve been through some tough times and some great times and I feel that I’m growing so much as a person and as a player.

Catley's deal was set to expire at the end of the campaign, but the Melbourne-born left back has opted to extend her time in North London, after starting 12 of the last 14 games in the WSL.

The 28-year-old former Melbourne victory and Orlando Pride star has made exactly 100 appearance for Australia.

Head coach Eidevall added: “Steph is one of the best players in the world in her position, so it’s fantastic news that she has signed a new contract. She’s played an integral role this season for us, making big contributions in both defence and attack, so we’re very pleased that she will be staying with us for the coming years.”

The Women's Super League title will be decided on Sunday, the final day of the season after Arsenal's win over Spurs ensured they remained in contention.

Beth Mead's goal and a Caitlin Foord double helped Arsenal move one point off leaders Chelsea with one game left.

The Gunners - who need to better Chelsea's result on the final day to lift the trophy - will be boosted by the news of Catley's contract extension.

Head of Women’s Football Clare Wheatley said: “We are delighted that Steph has agreed a new contract with us.

"Steph is in the prime of her career and has proven herself to be a key player for us since joining back in 2020. We look forward to seeing what we can achieve together in the future.”