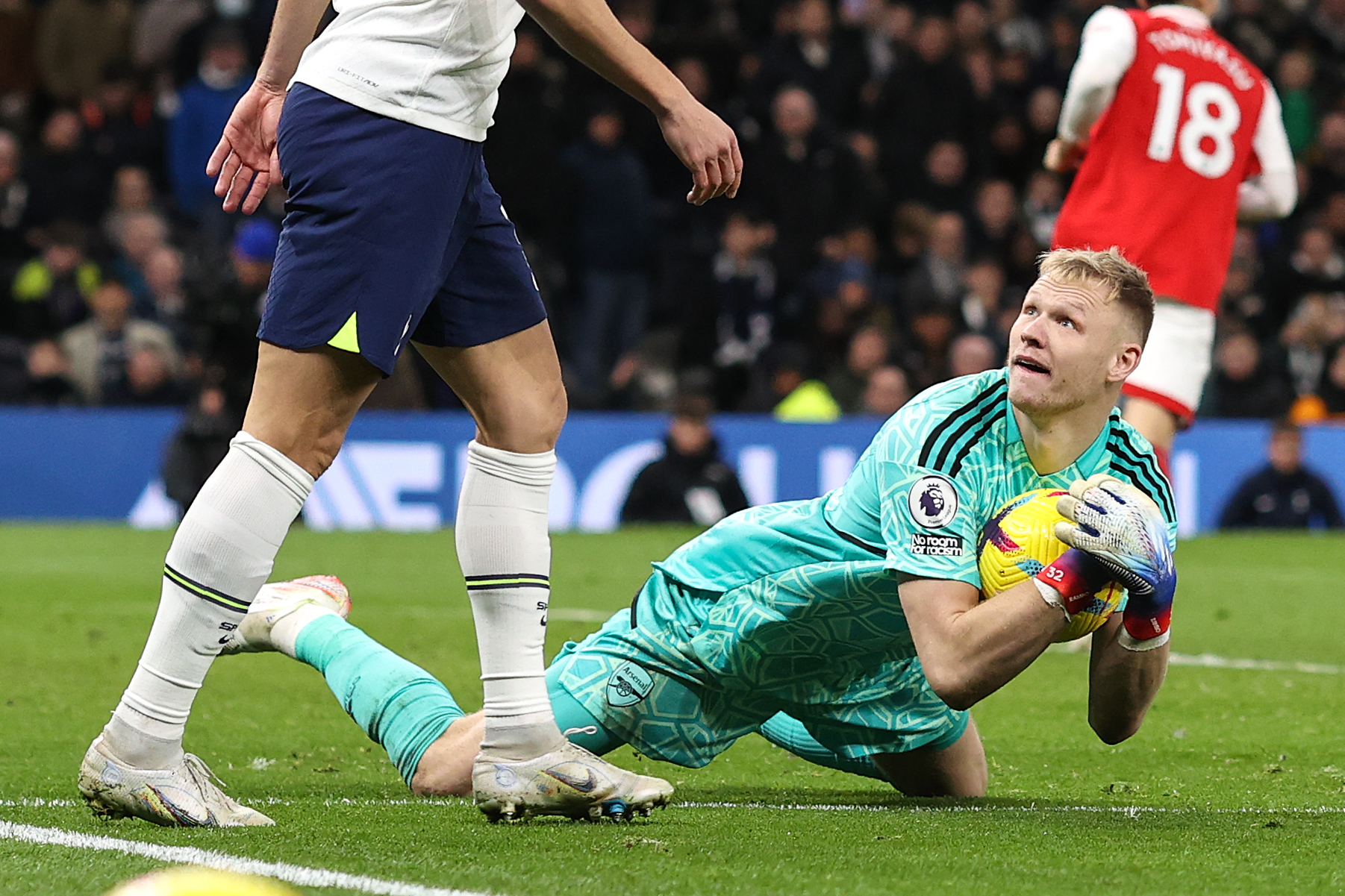 Nothing could take away from the performance of Aaron Ramsdale. CREDIT: Charlotte Wilson/OFFSIDE

Arsenal’s away win against Spurs was ever so sweet, however proceedings after the full-time whistle left Aaron Ramsdale with a ‘sour taste’.

The Arsenal goalkeeper was attacked at full time by an unhappy home fan who took it upon himself to kick Ramsdale in the back before running away.

The event was caught on camera during Sky Sports’ coverage of the heated match, leaving the dispute the talk of the game after what was a stellar display from the league leaders.

The FA have since spoken out about the ugly scenes, strongly condemning the fans actions in a statement.

“We strongly condemn the incident involving a spectator. This is wholly unacceptable behaviour and we will work together with the police, the relevant authorities and the clubs to ensure the appropriate action is taken."

Tottenham released a statement after the game admitted they were ‘appalled’ by the incident, assuring that they would immediately ban the supporter from attending fixtures at the ground again.

All in all, the incident couldn’t put shade over what was a sparkling night in north London, for one side of it perhaps.