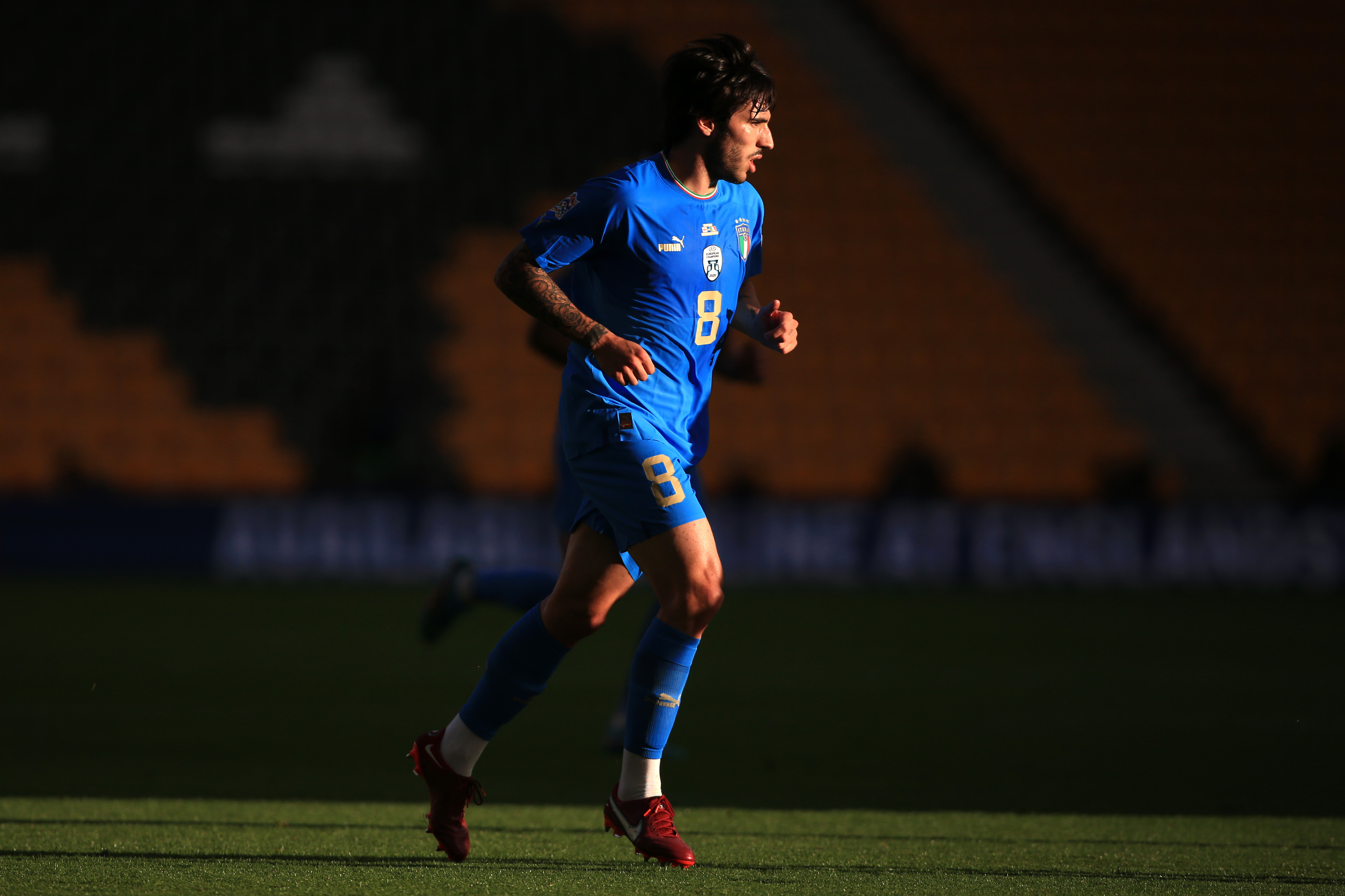 Arsenal have been working on trying to land a coveted midfielder from Serie A.

The Gunners have been attempting to persuade AC Milan to part company with Italy international Sandro Tonali.

The 22-year-old initially arrived at the San Siro on loan from Brescia before joining permanently at the start of last season - and played a key part in AC Milan's Scudetto triumph last season.

However, the Italian giants are not keen to part with the midfielder however and told The Gunners that he is 'not for sale' - unless Arsenal stump up £46.4m for his services.

With talk of Youri Tielemans seeing out the remaining 12 months on his Leicester deal, it would be a real statement by Arsenal signing the Italian midfielder - despite the Belgian's warm reception at the Emirates on Saturday during the Foxes 4-2 defeat.