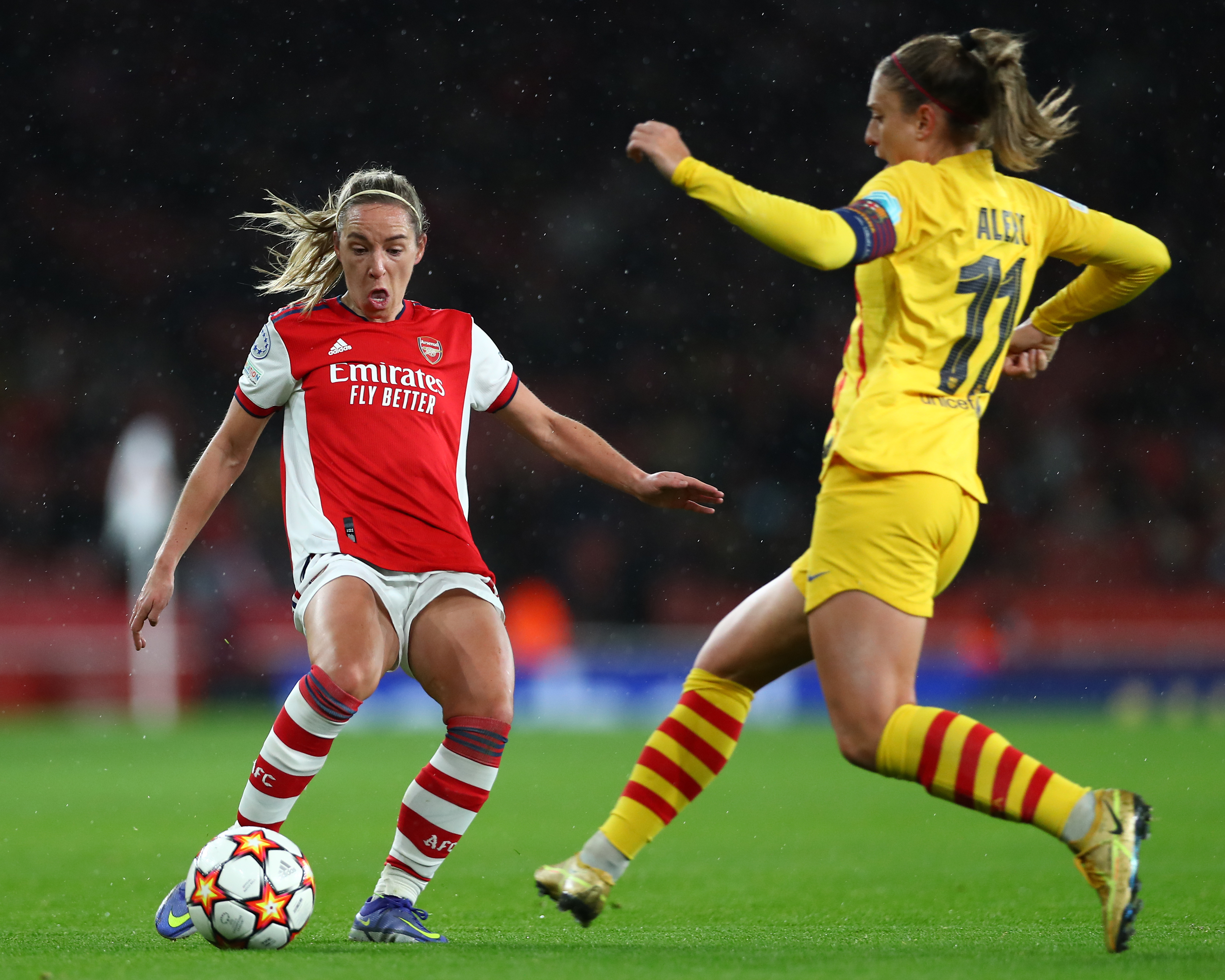 Jordan Nobbs was every Arsenal supporter on Sunday afternoon

The Women’s Super League title race has enthralled fans all season long, and reached a thrilling crescendo on Sunday with Chelsea’s win over Manchester United enough to pip Arsenal to the title despite the Gunners beating West Ham 2-0 in Dagenham.

With both games kicking off at 12pm, every Arsenal fan found themselves keeping one eye on the outcome of Chelsea against Manchester United, who were chasing a Champions League spot going into the match, and one of those viewers was none other than Arsenal legend Jordan Nobbs.

The midfielder picked up a painful injury in Arsenal’s thrashing of Aston Villa last weekend and had to watch the final day from the stands as Stina Blackstenius and Steph Catley handed Arsenal a 2-0 win. Nobbs, alongside teammate Anna Patten, appeared to be nervously watching the Chelsea game on her phone, knowing that if the Blues dropped points Arsenal would be in the box seat to win the league.

Any nerves Nobbs and Arsenal fans had going into the final day quickly turned into excitement as United raced into a 2-1 lead, making a frantic start.

However, Sam Kerr’s equaliser just after half-time quickly put the pressure back on Arsenal, who then scored two goals in five minutes to really put themselves in charge. Just as Steph Catley’s screamer hit the back of the net though, it was Kerr again scoring for Chelsea with one of the best goals ever seen in the WSL.

In a matter of moments, Chelsea led 4-2 and the energy was clearly sucked out of the Arsenal fans and players, who seemed to know that the game was up.

It was always difficult to rely on Manchester United to take points off of the champions considering the Red Devils actually lost 6-1 in the reverse fixture, but Gooners (Jordan Nobbs included!) were certainly given hope in the first half, in a title race climax that was certainly enjoyable for the neutral.