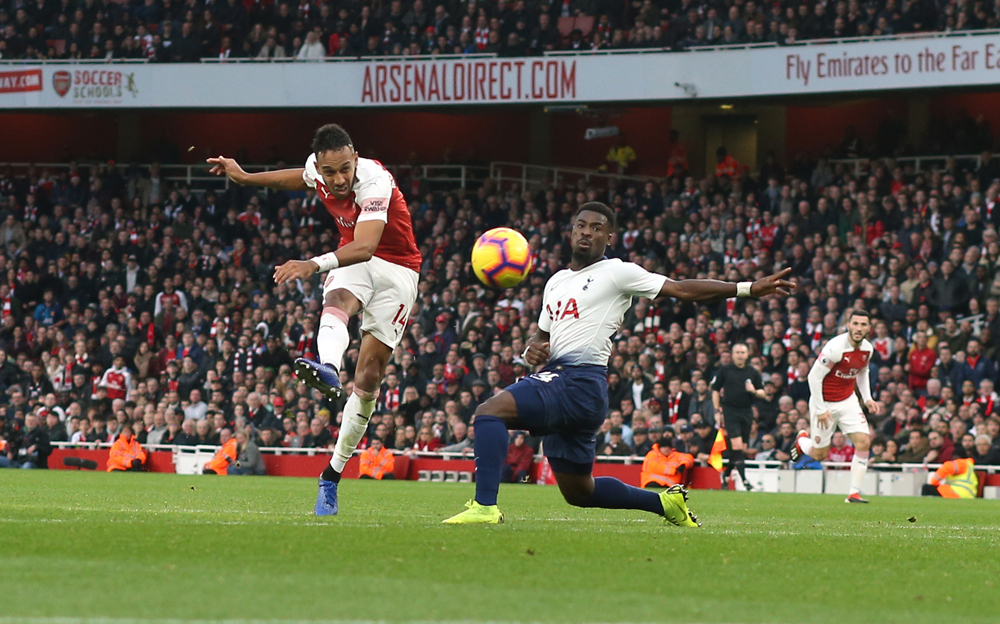 Where to begin? Well, let’s start with the formation. Unai Emery stuck with the three at the back, fielding the same starting eleven that we saw last weekend at Bournemouth. Rob Holding and Henrik Mkhitaryan, who both travelled to the match in Ukraine last Thursday, maintained their places. I wonder if Mesut Ozil’s back spasm was the reason that the Armenian started yesterday. Then again, I wonder about Mesut Ozil’s back spasm per se. It’s really difficult to judge how genuine some of the German’s injuries are given the stories about him phoning in sick on the morning of a plane trip to a hostile away match during the Wenger years. We wait to see how this one pans out, but there is a belief that Ozil is not giving the level of exertion Emery’s style demands. (This has been posted online in a closed facebook group that I am not party to, and may or may not be true, but for what it’s worth… “I park in the Emirates car park in Orange 2 right next to the players in Orange 1. Ozil’s merc jeep was there when I pulled up. After a while I was talking to the head steward & Ozil came down muttering in German got in his jeep and drove out. I think Unai told him he was on the bench so he spat his dummy out. Muscle spasm my arse. Get rid in Jan and keep Rambo”)

Let’s jump ahead in this game and look at the contrast between Ozil and Aaron Ramsey. Here is a player who might feel he has every right to sulk, but the Welshman, assuming he does depart next summer, will do so with the respect of Arsenal fans for his efforts this season. He was taken out with the rest of the stiffs to play Vorskla in below freezing temperatures, but has remained professional and certainly made a huge contribution yesterday, even whilst warming up in the first half when he got involved in the fracas that followed Spurs’ equalizing goal. It was an incident that galvanized the spirit of the side, even if, in the short term, things worsened.

Arsenal certainly started the match with greater intent and should have been more than one up for the dominance they enjoyed early on. A penalty for handball was dispatched by Aubameyang, who unwisely decided to run to the corner in front of the away fans. A banana skin was thrown in his direction, and Hector Bellerin certainly got involved in some verbals with the Spurs supporters. Credit to Aubameyang for his two goals in this match, but the number of times he was caught offside is something that he will need to work on. Arsenal failed to double their lead in spite of the opportunities they created, and by half-time, in spite of having half the number of goal attempts, the visitors were ahead.

The first goal has to go down as an error by Bernd Leno. Erikson’s free kick got a glancing header from Dier, but it was easily savable by a keeper of Leno’s quality. Possibly in response to their unhappiness at Arsenal’s earlier celebrations, Dier went over towards the home fans with a ‘shhhh’ gesture, and a fracas resulted in which the Arsenal players warming up (Ramsey and Guendouzi) got involved as well as pretty much everyone else about five seconds later. To be fair, I didn’t see enough of it either at the stadium or on TV later to know exactly what happened, but I’ll tell you this, it added spice to a derby that, in truth, has been on the wane in terms of real intensity for a while now.

Spurs took the lead before half time thanks for a dive in the penalty area by Son that Mike Dean bought. Do they still dish out bans retrospectively for diving? Certainly there was no contact to produce Son’s loss of footing. Not that it bothered Harry Kane who put the resultant spot kick away. All’s fair in love, war and North London derbies.

We’ve become accustomed to Arsenal not being ahead in Premier League matches at half-time under Unai Emery, so although the mood at half-time was hardly joyful, there was still hope. Mkhitaryan and Iwobi had not played that well in the first 45 minutes, so the head coach rang the changes by replacing them with Lacazette and Ramsey. The changes worked, with Ramsey setting up a fantastically finished equalizer by Aubameyang, thanks for an excellent through ball from Bellerin. Emery then decided to go for the win, by introducing Guendouzi for Mustafi and switching to a back four.

It worked, as Arsenal dominated again, with two quick goals from Lacazette and Torreira. Cue pandemonium amongst the home support. There seems little doubt the extent of the backing produced by the home fans played its part in this win. Everyone was up for it, and it made for a refreshing change from the usual complacent atmosphere at home games. This was helped in no small part by the sheer passion demonstrated on the touchline by Unai Emery, who was rarely contained within his technical area in spite of the attempts of the fourth official. The man was coaching for the entirety of the game and must have felt as exhausted as the players by the end of it.

The two goal cushion certainly eased the nerves and the dismissal of Vertongen put the icing on the cake and effectively ended any hopes of a repeat of the disastrous 4-4 draw back in the autumn of 2008 which, coming off the back of the collapse in the league the previous season, marked for many the moment that Arsenal really started declining. There have, of course, been some memorable derby victories since then, but in recent years, it is Spurs that have been perceived as the club making forward strides and enjoying upward momentum. Now, under a fresh regime, there is a feeling that the Gunners are doing the same. 19 matches in all competitions unbeaten is an impressive feat, however it has been achieved, and Emery has recorded his first victory over one of the club’s top six rivals after two defeats and a draw.

Significantly, this match seemed to matter to the players. There was an awareness of how much it mattered, partly I suspect transmitted from the crowd. There were far less empty spaces than normal. One slight disappointment, given the match finished before 4pm, was the number who customarily departed early to beat the rush. Would they have attended the game had it kicked off at 4pm? If yes, then put up with a bit of a queue at the tube station or the bar to applaud the players at the end of a marvelous performance. At least there were far more in the stands than normal at full time, and those that were there did remain to express their thanks. The players would have noticed that.

It was a feelgood afternoon both on and off the pitch. After years of the intensity fading as things went stale, it feels again that Arsenal matters, and with players like Lucas Torreira in the team, the old spirit is returning. As I type, I’ve just received an email from Adrian Wagenaar which says, “Torreira dumping Ali on the ground in the opening exchanges set the whole tone of the game – oh and how the Emirates rocked in those last 20 minutes. It’s all I ever wanted from Arsenal - bravery and effort, with no cowards in the team. Emery is ahead of schedule with the re–making of Arsenal.”

Let’s hope for more of the same at Old Trafford on Wednesday evening.

The current issue of The Gooner can be bought online here (price includes postage of £1 to UK addresses of £2.50 abroad) or if you wish to subscribe for this and the other three remaining issues this season, here’s the page to do that. It will also be available at first team home matches (Spurs, Huddersfield, Qarabag) as you approach the stadium (in Gillespie Road near the Arsenal tube, and in Hornsey Road near the Little Wonder café by the two cannons roundabout). And if you are attending an away game, look out for Alex near the away entrance selling copies.

Via direct PayPal payment to the email address thegoonerfanzine@bt internet.com. For the current issue, pay £6 UK / £7.50 abroad (or for a four issue subscription covering the remainder of 2018-19 £20 UK / £28 abroad) via your PayPal account state in the message you are requesting issue 273 (although we’ll assume this if there is no message from the amount paid). If doing this, please make your payment a 'friends and family' / personal gift payment – this helps keep our costs down. PLEASE remember to add the name and address for your issue(s) to be mailed to in the note with the payment. 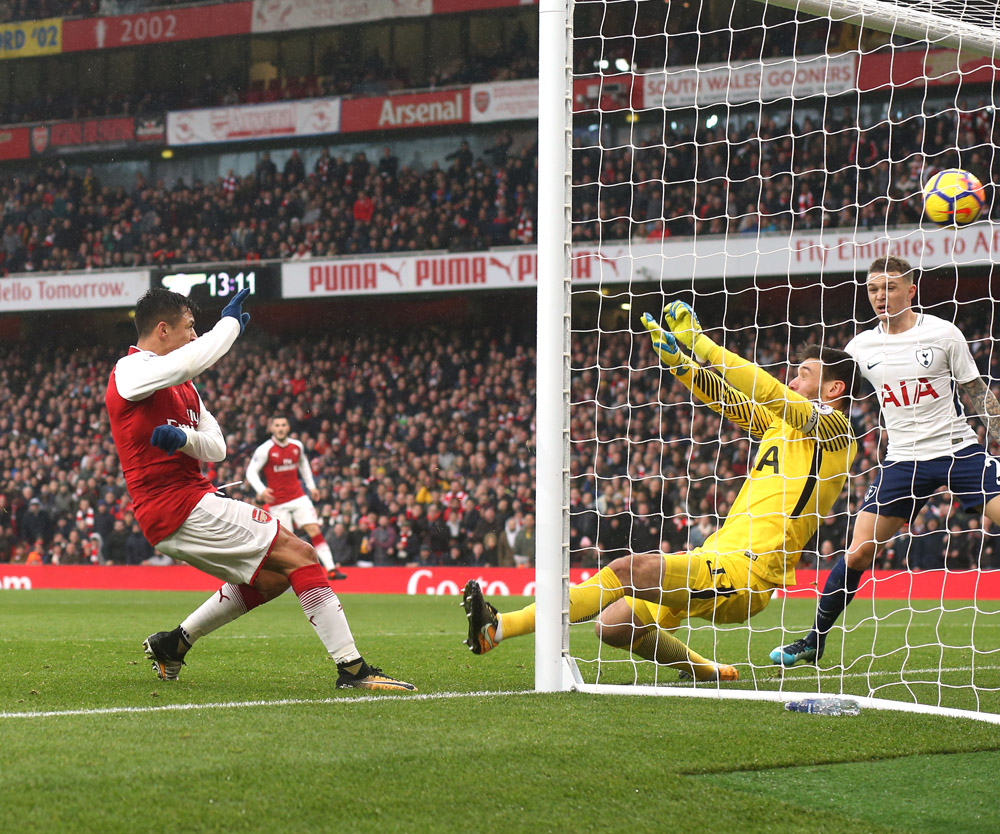 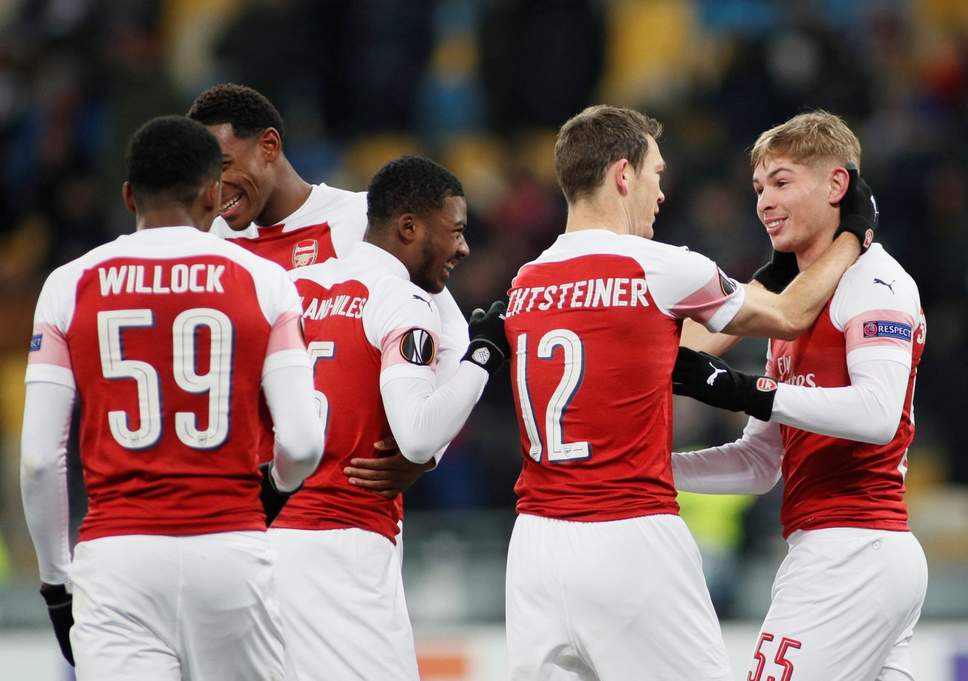 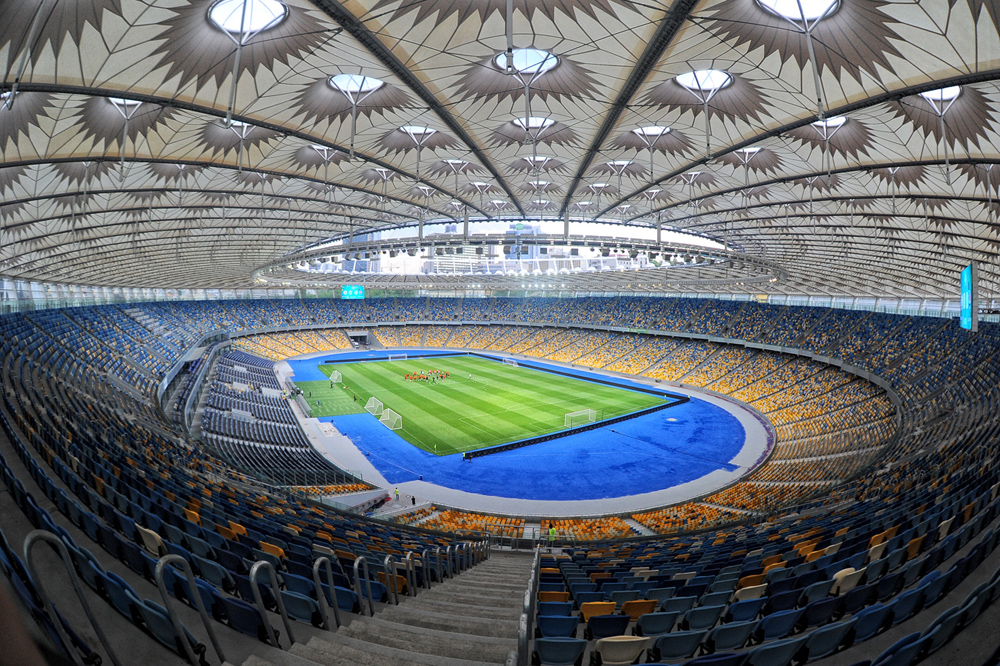 Arsenal send the stiffs and kids into the Warzone