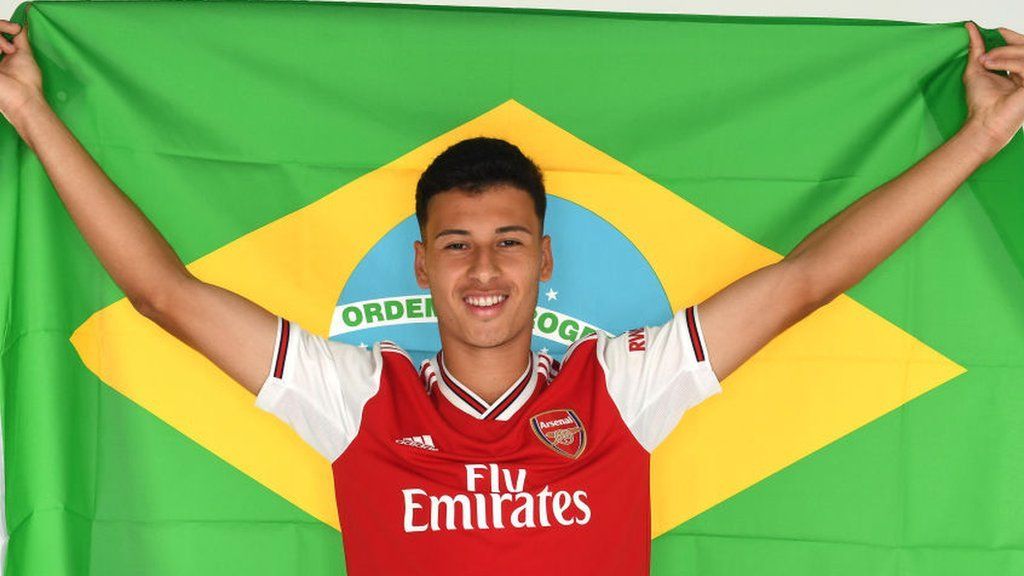 Gabriel Martinelli is an 18 year old forward who predominantly plays as a left winger or striker. The Brazilian was signed for a relatively small fee of around £6 million, becoming the club's fifth most expensive teenager. In 2018, Martinelli became the youngest ever player to debut for Ituano FC, at just 16 years old, having shown his sky high potential whilst playing for Ituano Under 20s. Martinelli scored 10 goals in 34 for the Brazilian Serie D side last season. This return on top of his overall performances was more than enough to convince Arsenal to make a move. Showing his promise through his goal scoring ability, Martinelli was called up to the Brazil squad in May, alongside the likes of Neymar, Coutinho and Firmino. Although he did not make the Copa America squad in June, this shows Martinelli has the potential to become a regular in the Brazil squad.

But what would Martinelli bring to Arsenal?
Martinelli looks to be a long term solution to Arsenal's winger problem. In the upcoming season it is unlikely we will see too much of the young forward. However, as he gains valuable experience in England, the Brazil international has all the potential to feature regularly for Arsenal.

In terms of playing style, Martinelli styles his game on Ronaldo.  With his direct approach Martinelli's strengths are:

How would Martinelli be deployed?
Naturally, the Brazilian born forward naturally plays as a winger out on the left. However for Arsenal, Unai Emery usually goes with a 3-4-1-2, meaning the Sao Paulo born foward will likely be deployed up front.

However
That isn't necessarily a bad thing. The way that Emery likes to play is by having one of the strikers push out wide when Arsenal are on the attack. This was shown last season as last season one of Aubameyang or Lacazette would usually have been seen out wide helping one of the wingbacks.

The reason why this is done is to create overload, to isolate the opposition's full back. Usually this is to drill a cross in to the other striker or cut the ball back to a player running in.

Playing a second striker in this system could be a good piece of business for Arsenal, and a good move for Martinelli. As mentioned earlier, this role would play to most of the Brazilian's strengths. This being as a natural winger he would get to spend a lot of time out wide. Furthermore Martinelli would get to showcase his dribbling and his final ball abilities, getting lots of opportunities to create chances.

Lastly, and most obviously, playing as a second striker would allow Martinelli to prove his goalscoring ability. As an 18 year old for Ituano, the forward scored 10 in 36. With quality players around him there is no doubt that Martinelli can develop in to a quality forward and has all the potential to become a first team regular very soon.

Conclusion
Although it might not have been the marquee signing most Arsenal fans would have wanted to open the window, I think Martinelli is good business.

Having seen the shortage of wingers in the team, it was the right move for Arsenal to look for a long term solution. With his direct approach, Martinelli is a very good investment and has bags of potential to become something special.