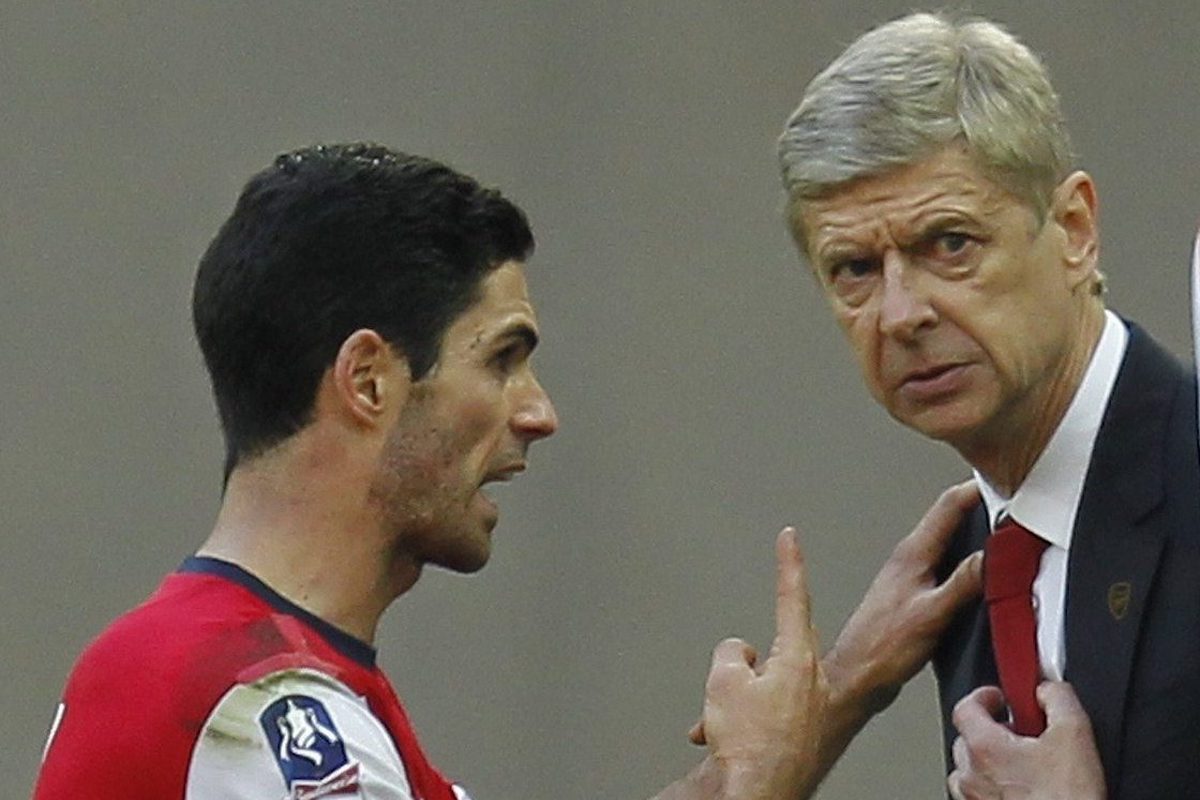 The Arsenal manager is adored and defended for current unacceptable results because of past success. Those who dare criticise him are subject to verbal abuse and told to go and support other clubs. Those who defend him, come to be known as AKBs - Arsene Knows Best. In time they were proven wrong, and because the man they adored stayed far longer than he should have, we find ourselves in a very bad position as a club today, having missed out on amazing managers who went elsewhere (Klopp, Guardiola) and with poor recruitment strategy. Those AKBs were proven to be completely wrong yet still won't admit it today. Whilst they are of course entitled to their views, I would suggest that the fact so many of them existed in the fanbase is what enabled the board to avoid sacking Wenger for so long. (In my view he was sacked however you dress it up.)

But there is a new breed of AKBs - Arteta Knows Best. They defend him from criticism by saying we have a poor squad, that we are running more, trying harder, and that he says all the right things. He needs time and investment and no criticism can be said about him until next season because this one is a write-off and he needs half a year to get his ideas into the players and then the summer to change the players to ones who can play his way, etc, etc.

I know I wasn't the only person who was unhappy with his appointment by the club. It showed a lack of long term thinking, it was a sign of not wanting to spend money to buy out an established manager from a contract (which would cost far more,) and it showed that the board don't see us as a big club anymore since we couldn't even find a manager who had some experience at managing before - even Lampard and Ole had managed previously (even if Lampard was just one season at Derby, it's still much more than never having done it). Not every number 2 makes a great number 1 as we've seen over time and had we signed Arteta as a coach I'd have been delighted. However, signing him as a manager showed a lack of foresight and ambition in my view.

There are a number of issues which the new AKBs won't admit, or will try and deflect, but that are serious enough for me and others to say Arteta was a poor appointment.

I'm sure there will be those slating me for saying all the above. But having lived through one period of AKB, I'm worried we're about to live through another and again the club will suffer. I would want Rafa Benitez as our next manager - he has won European trophies with various clubs, he has managed in the Premier League, done wonders at Newcastle, did all he was asked for at Chelsea despite being hated upon his appointment and won the European Cup with Liverpool. He is a tactician and would sort out the defence no problem.

Arteta seems a really nice guy so this isn't easy to write. But I want what is best for my club and that means having a manager with experience at management, who can sort or defence out since that is the basis of any success.

I hope I'm proven completely wrong on all this. I hope we win trophies, finish in the top four and challenge for the league - all with Arteta at the helm. But if we finish outside the top six (as I think we will this year) and we finish outside the top four next year, don't be surprised to hear the new AKBs say "give him more time" whilst insulting those who simply say "he isn't a manager, he's a coach, let's make him number 2 but bring in a proper number 1 such as Rafa Benitez".

EXTRA POST TUESDAY EVENING…
(Ed’s note – This piece was written before the Chelsea v Arsenal game but submitted afterwards, so the author added a final paragraph to reflect on that match)
After the game at Chelsea, the AKBs wil say "see how much we're improving and fighting". However, once again the above issues were in play - our passing from the back got us into trouble and led to the first goal and red card. We were much better once Ozil came off because we could play with pace. We got back into the game then conceded again. That means from a possible 18 points in the league since Arteta started (post Everton) we have just seven. Compared to Ancelotti (who was also available, has managed before and won things too) who has 11. We are now 10 points off 4th place and only seven above relegation - worse than when Arteta took over (9 points off 4th place and eight points above relegation).

COYG - I hope I am proven completely wrong on this, but don't let a bit of extra running and trying cloud reality.