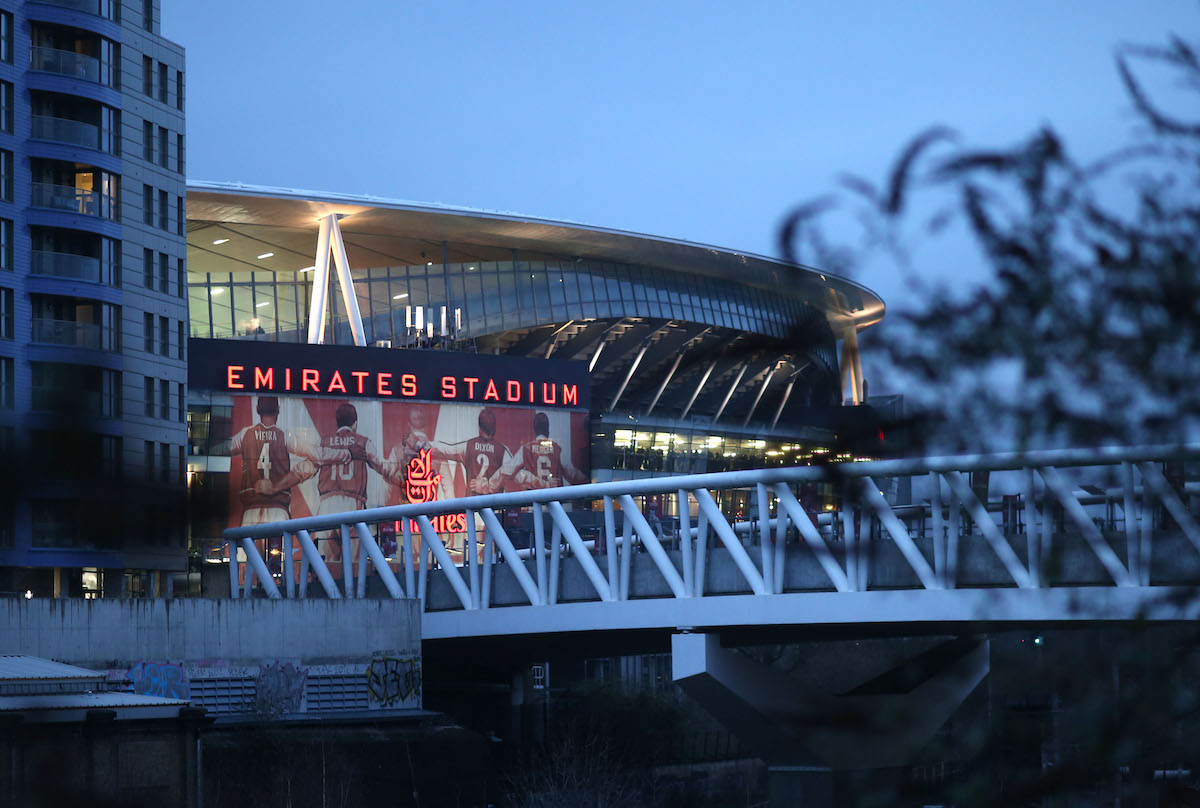 Stadium – Another 11 years and it'll be paid for. Photo: Offside

It has become standard when reviewing Arsenal’s financial numbers to assess the amount of the club’s cash reserves and to what extent these funds are committed to known expenditure (player wages, operating costs, money owed on player purchases, etc) and how much is left “freely available” to use for strengthening the playing squad.

What has had less focus is Arsenal’s overall debt position. This is largely because the annual debt service cost of about £20m (repayment and interest), is a known amount, changes little from year to year and is viewed as just another item of expenditure.

But the impact of COVID-19 means the debt position becomes of far greater importance as:
* Arsenal may have to take on extra debt to cover a loss of ticketing and broadcast revenues, and
* the covenants around some of the existing debt restrict how Arsenal can use some of their spare cash (this is known as the Debt Service Reserve Account (DSRA) and is equivalent to about 18 months of repayment).

We set out below the various forms of debt that Arsenal have.

Bonds relating to the construction of the Emirates Stadium – opened July 2006
The total project costs of the stadium were £430m and on completion Arsenal refinanced the loans (£260m) they had taken to fund the construction onto a long-term basis.

In July 2006 Arsenal Securities Plc issued £260m of “credit wrapped bonds” to financial investors. The issues were as follows:
* £210m of fixed rate bonds – annual interest rate 5.14%, to be fully repaid by 2029
* £50m of floating rate bonds, with the interest rate now fixed at 5.97% annually, with final maturity in 2031 (note that capital is not being repaid)

While these rates may appear high in the context of current interest rates, it was deemed prudent in 2006 to fix the interest cost for the life of the debt. Some you win, some you lose!

The Debentures
When funding was needed for the construction of the North Bank Stand at Highbury in May 1991 the club offered A and B (£1,500 and £1,100) debentures to supporters with very beneficial ticketing rights for 10 years.

This raised £14.4m from supporters and the underwriter, the Bank of Scotland. These debentures pay no interest and are not due for repayment until 2143 – yes, another 123 years! For those bonds that have not been lost in the mists of time come 2143, the then-holders will receive back their £1,500 or £1,100.

When there was a shortfall of finance for the new stadium the club once again tapped supporters with a further debenture issue (C and D bonds) in June 2003 which raised £10.2m. These debentures accrue interest at 2.75% pa and are due for repayment on 31 July 2028 at a cost of £15.4m.

The Overdraft
As at 31 May 2019, Arsenal Holdings Ltd had available a £50m overdraft with Barclays. The overdraft was unused at that date but we believe will be utilised now because 2020-21 season ticket money is not coming in at the traditional time of April and May – renewal deadline is normally 1 June. It must also be remembered that Arsenal cannot call on £36m of spare cash due to the DRSA requirements.

Player Transfers
Arsenal have spent over £300m gross on player transfers in the last three summers. Many transfer fees are paid on a staggered multi-year basis. We estimate that as of 31 May 2020 £120m of transfer fees are still owed to other clubs with about £40m due to be paid out during the summer of 2020.

With most of Arsenal’s debt structured on a long-term basis and debt service costs a manageable £20m per year, the immediate pressing debt payments relate to past transfers.

Whilst the stadium-related debt is long term (due to be repaid in 2028-31) the monies owed to other clubs for the stage payments of players is more immediate. The overdraft is likely to be used for monthly payroll and other costs (estimated to be £27m per month) due to the shortfall in ticketing revenues.

This means that Arsenal may have a need to call on additional funding sources, which would be a decision for Stan Kroenke. Options open to him include:
* Injecting funds as a loan (to be paid back)
* Guaranteeing increased overdraft or loan facilities from Barclays or new lenders
* A permanent increase in capital (issuing new equity)
* (In extremis) raising third-party funds by selling, say, 10% of the club, which could raise £150m.

Join the Arsenal Supporters Trust and as well as being able to attend live events when the current situation changes, until then you can take part in regular online Zoom calls with special guests, such as those with journalists Henry Winter, David Ornstein, Julien Laurens and Rafa Honigstein that have been held recently.