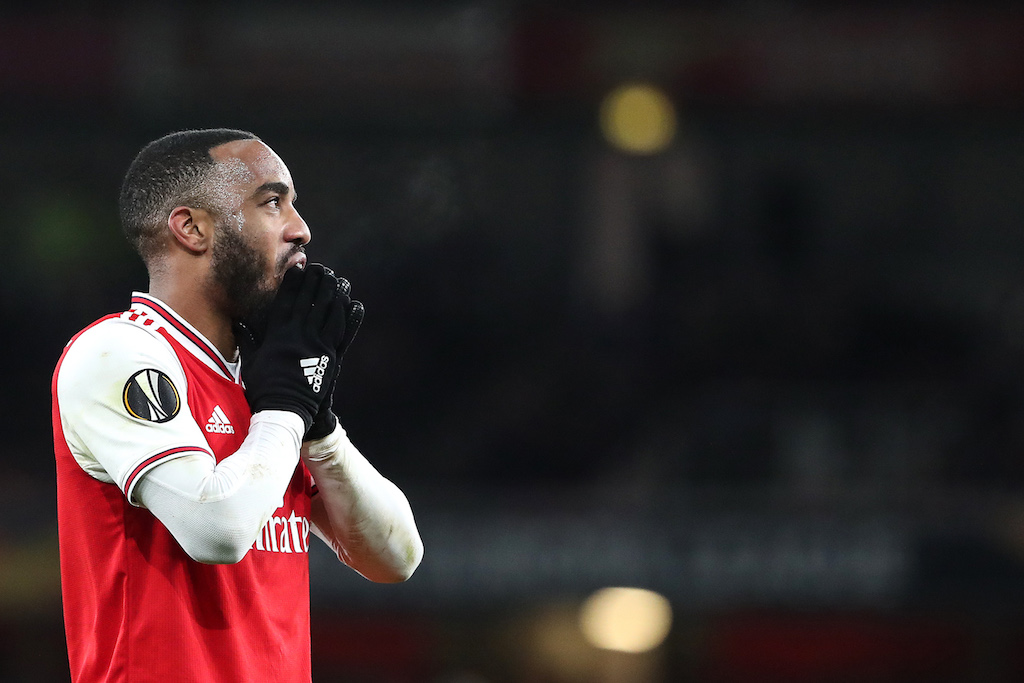 Not a laughing matter. Arsenal striker Alex Lacazette is set to face disciplinary measures from the club. CREDIT: OFFSIDE

Arsenal striker Alex Lacazette is set to face disciplinary action from Arsenal following video of the Frenchman that appeared to show him inhaling nitrous oxide from a balloon.

The north London giants have said they are taking the matter ‘seriously’ after the former Lyon forward was pictured in weekend newspapers with a balloon in his mouth.

The 28-year-old who has struggled for form during the truncated 2019-20 Premier League season was quoted as sending text messages to pals telling them he was at home: “At home, chilling and doing balloons.”

The Gunners are likely to take a heavy aproach after studying the pictures with a club spokesman said: “This is a private matter which we are taking seriously. It will be handled internally.”

Lacazette has received previous censures from Arsenal after a similar offence of inhaling the substance, also known as laughing gas last summer - leaving the club frustrated after he was filmed inhaling in a nightclub with his teammates Mesut Ozil, Matteo Guendouzi and Pierre-Emerick Aubameyang in August 2018.

The club also had cause to remind Mikel Arteta’s squad of their responsibilities after Lacazette was one of four players to flout social distancing rules during the coronavirus lockdown last month - on that occasion, the 28-year-old was too close to someone valeting his car.

It has been a season to forget for Lacazette having hit six goals in 26 games with the striker said to be looking for a move away from the Emirates – with Napoli said to be interested according to reports from Italy.

Arsenal have been training individually at their London Colney headquarters since late April but are hoping to conduct more intense work in small groups this week, if the Premier League’s protocols are approved on Monday.