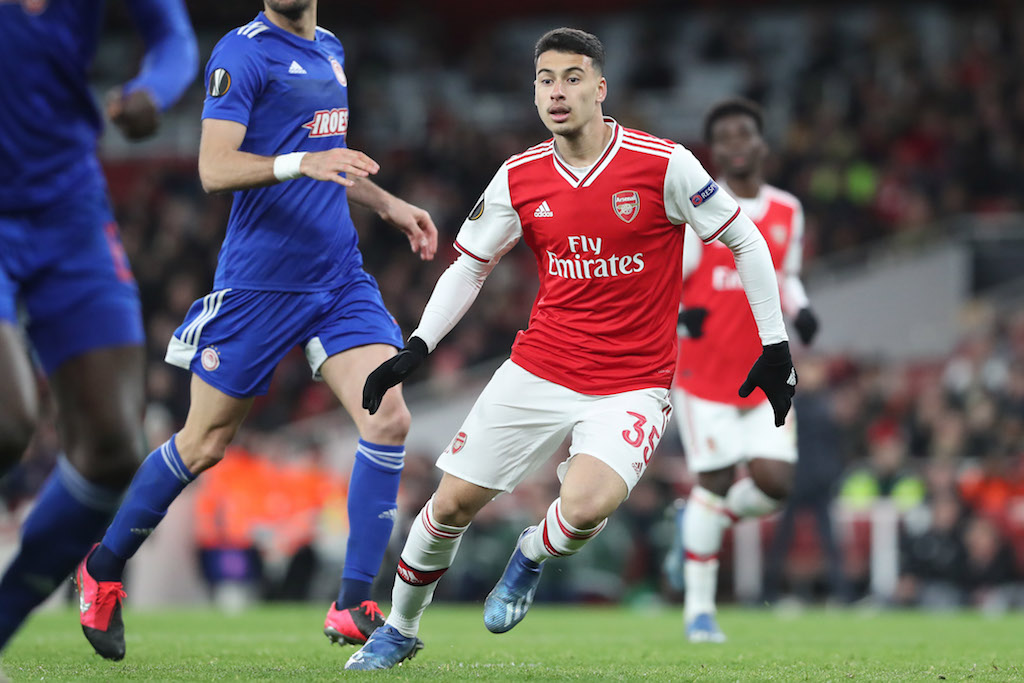 Arsenal boss Mikel Arteta could be without Brazilian teenage sensation Gabriel Martinelli for the rest of the season afer fears he has sustained knee cartilage damage.

The talented teen has been absent in the Gunners two matches after the Premier League restarted last week - leaving many fans wondering where the former Ituano attacker has been.

However, David Ornstein has reported that Martinelli may now miss the remaining weeks of the 2019-20 Premier League season after he pulled up following training with a knee issue.

Martinelli is said to have completed his session but was sent for a scan straight afterwards after he complained about discomfort around his knee.

It is likely Martinelli has sustained cartilage damage and it is expected he will miss the majority of this campaign.

The news adds to Arteta's ever-growing injury list after keeper Bernd Leno is expected to be out for six weeks as reported exclusively by the Gooner Fanzine, after he fell awkwardly on his knee in the first half of Arsenal's 2-1 defeat against Brighton at the Amex.

The revelation is tempered by the fact that many feared the 28-year-old German's injury could be far worse, with some expecting the former Bayer Leverkusen shot-stopper to be out of action for a year.

Arteta has to choose a side without the injured Pablo Mari, Granit Xhaka as well as David Luiz, who misses the match on the south coast through suspension after being sent off during the miserable 3-0 defeat at the Etihad against Manchester City last week.