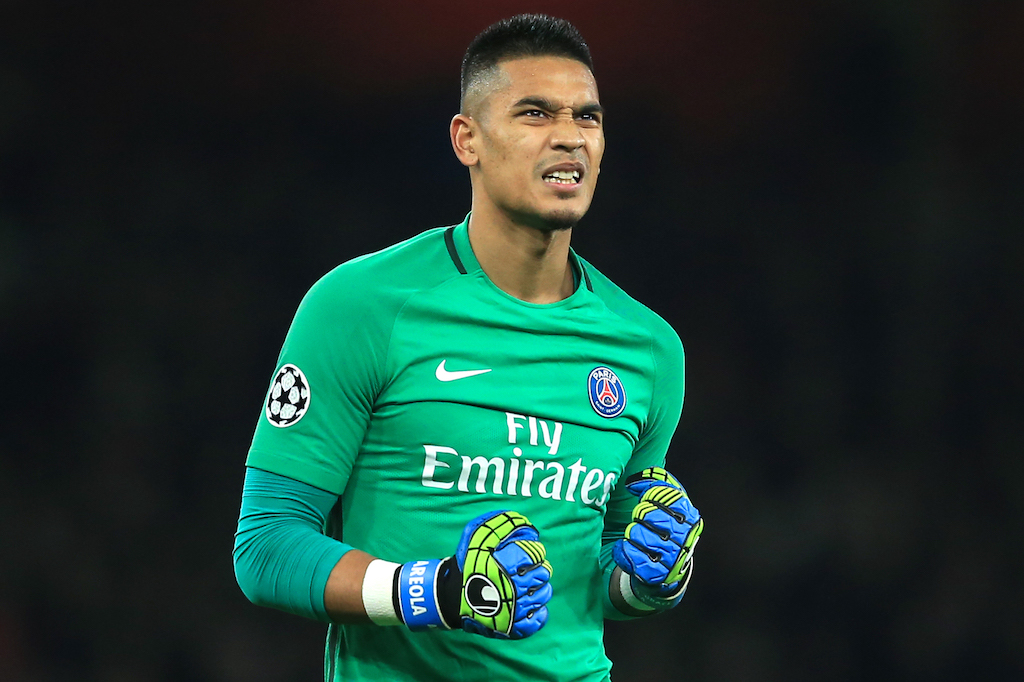 Alphonse Areola could provide an option for Mikel Arteta. PICTURE: Areola played against Arsenal for PSG in Champions League in 2016. CREDIT: OFFSIDE

With the news that Bernd Leno is set to miss the majority of the remainder of the 2019-20 Premier League season after his injury against Brighton - leaving Arsenal in need of a replacement - Gooner Fanzine’s Dan Mountney takes a look at three goalkeepers who could be signed to replace the German.

While Leno's injury was better than first feared as revealed exclusively by the Gooner on Tuesday, he is still expected to be ot for six weeks and will miss a large chunk, if not all of what is left of the longest season in history.

Emi Martinez will step in for now ad has proved an able deputy, but what are the long-term goalkeeping options available to head coach Mikel Arteta?

With Mikel Arteta keen to build a long-term project at the Emirates, 21-year-old French stopper Lafont would be the perfect addition.

Despite his tender years, the youngster has already made more than 170 career appearances after following his professional debut for Toulouse aged just 16.

A €7 million move to Fiorentina in 2018 saw him struggle in Italy, but he has rediscovered his form at Nantes having agreed a two-year loan deal last summer.

The Brittany-based side may have ended the Ligue 1 campaign in 13th place, but Lafont kept 10 clean sheets in his 27 appearances, conceding just 29 goals with a save percentage of 71%.

Despite his sharp reflexes and shot-stopping ability, Lafont has his weaknesses, with his 54% pass completion a concern while he has claimed just 6.8% of crosses he’s faced.

The France U21 international still has plenty of room to improve and with Fiorentina willing to sell this summer, Arsenal should consider making a move for a player who has openly admitted his admiration for the club

If Arsenal were to look closer to home for Leno’s replacement, they could certainly do a lot worse than Burnley’s Nick Pope.

The 28-year-old has had a remarkable career, spending time in non-league before rising through the English football pyramid to become a Premier League regular and England international.

Pope has been imperious between the sticks for the Clarets this season, keeping 11 clean sheets and saving nearly 70% of the shots he’s faced.

Burnley’s number one is also a commanding presence in the penalty area, claiming a league-high 13.3% of crosses.

His pass completion of just 37.1% is a concern, but Pope would provide an experienced figure between the sticks.

If Arsenal are looking for a short-term replacement for Leno, PSG’s Alphonse Areola could be their man.

The French giants are reportedly looking to offload the 27-year-old when he returns from his loan spell at Real Madrid, with another loan move on the cards.

Despite limited appearances in the Spanish capital this season, the France international would provide an experienced alternative for Arsenal during Leno’s recovery.

However, with the Gunners set for a limited budget this summer, covering Areola’s £120,000-a-week wages could be a problem.