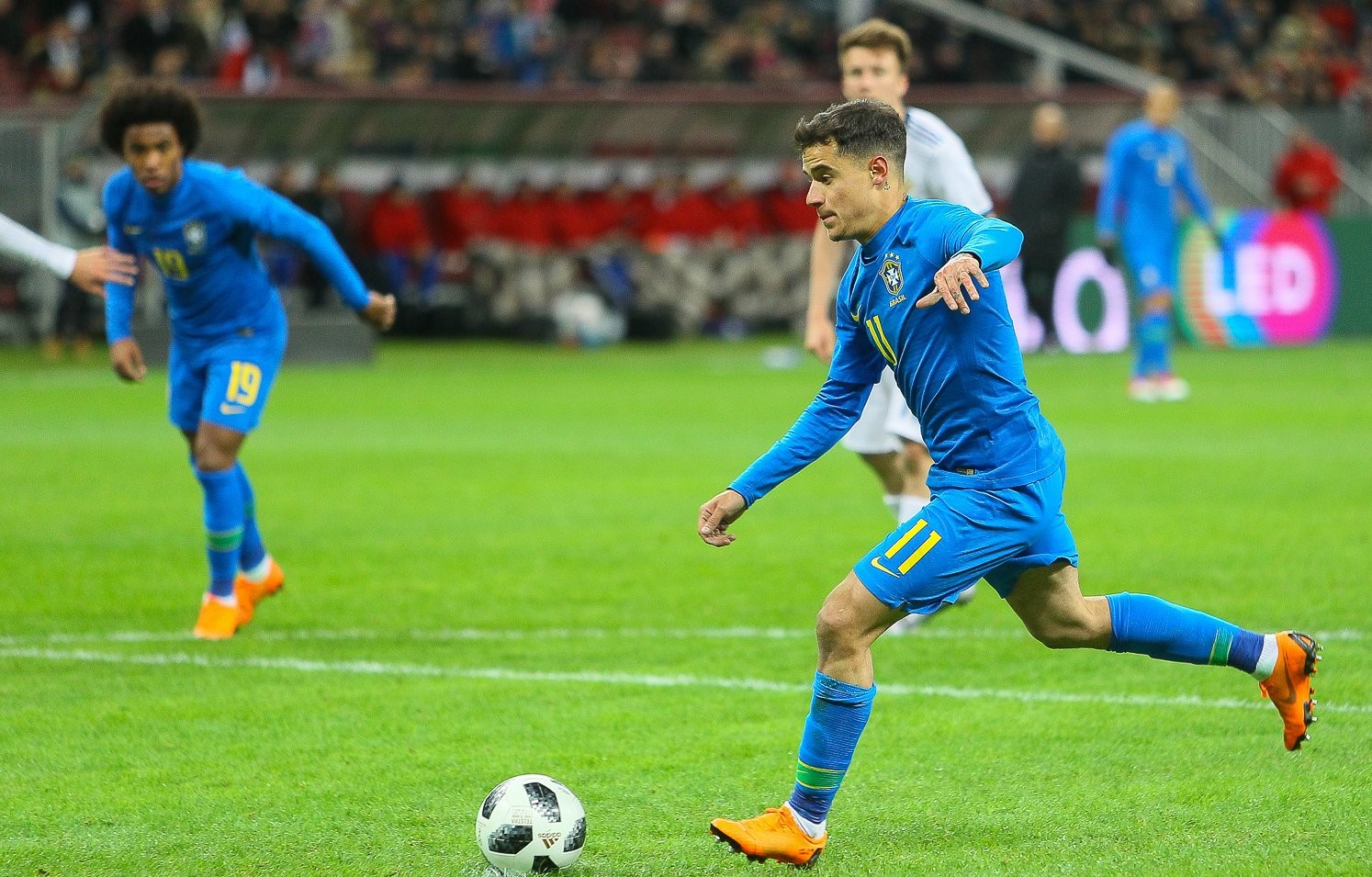 Could Philippe Coutinho be on his way to the Emirates? CREDIT: SOCCER.RU/WIKIMEDIA COMMONS

Brazilian winger Willian could be set to complete a move across London this summer if reports are to be believed.

According to ESPN Brazil, Arsenal are confident of securing the signature of the Chelsea star when his contract expires at the end of the season.

The 31-year-old has found the net 11 times in all competitions this season and would leave Stamford Bridge with more than 330 appearances over a seven-year spell.

Willian wouldn't come cheap for the Gunners though, with the winger likely to demand a salary similar to his £138,000-a-week Chelsea deal.

Willian might not be the only Brazilian coming to the Emirates this summer, with technical director Edu Gaspar reportedly approving a move for Barcelona's Philippe Coutinho.

Mundo Deportivo are reporting that the 28-year-old could join Arsenal this summer, with the ex-Liverpool playmaker keen to return to the Premier League after poor spells at Barca and Bayern Munich.

The Gunners will have to wait to make a move though, with Coutinho keen to focus on Bayern's August Champions League fixtures, while his £240,000-a-week salary could be a problem.

After impressing against Arsenal on Tuesday night, Aston Villa's Douglas Luiz is now a target for the club, according to 90min.

The Brazilian has impressed despite Villa's relegation battle, with his tenacious displays drawing interest from the Gunners while Manchester City are reportedly keen to bring him back to the Etihad.

Luiz moved to Villa Park from City for £15 million last summer, and Pep Guardiola's side inserted a buy-back clause in the deal and could challenge Arsenal for his signature.

Fenerbache to give Ozil way out?

Mesut Ozil's Arsenal career could finally be coming to an end this summer, with Turkish outlet Haberler reporting that Fenerbache could take the German on loan next season.

Ozil's £12 million-a-year deal has made him hard to shift, but the Turkish giants are willing to pay 25 per cent of his wages.

Reports also suggest that if UEFA were to relax Financial Fair Play due to the Coronavirus pandemic, Fenerbache would be capable of increasing their offer.

Arsenal are keen to move Ozil on with the German having not played since the Premier League restart.

Portuguese outlet Jornal de Notícias are reporting that Porto have slapped a £36 million price tag on midfielder Danilo Pereira after his come-and-get-me plea to Arsenal earlier in the week.

The 28-year-old talked up a move to the Emirates in an interview with Stats Perform News, and now the Portuguese giants have named their price.