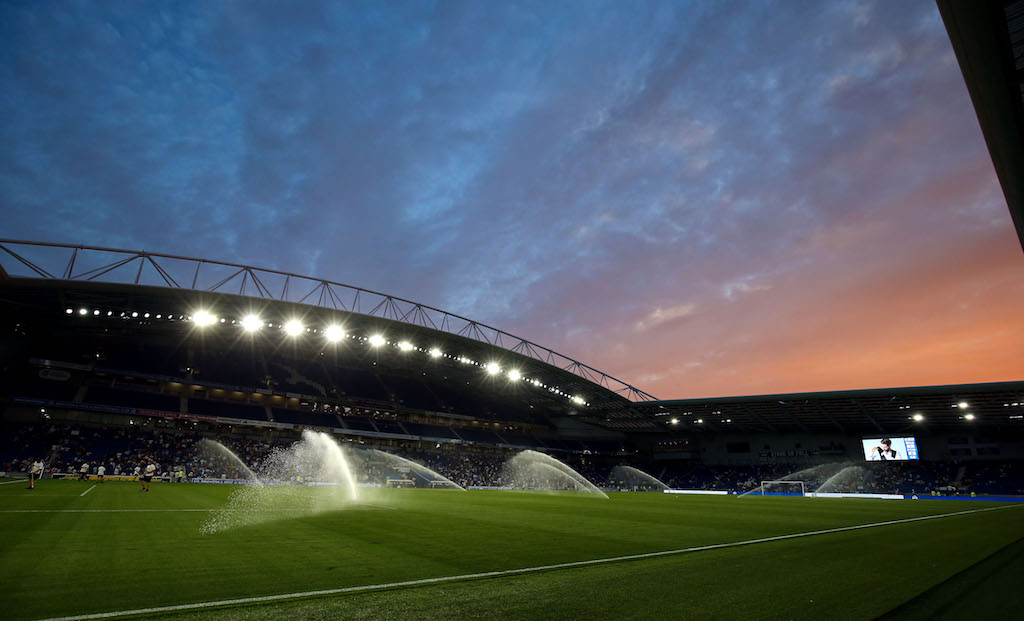 At half-time at the Amex there was a real danger that Mikel Arteta and his team were about to throw away all the optimism and good-will created by the stunning Boxing Day win over Chelsea.

We’d limped to the 45-minute mark with only one wayward shot on the host’s goal, while conceding a number of half-chances at the other end.

I can’t remember the last time an Arsenal side played well for a whole 90-minute match in the Premier League, rather than in fits and starts.

Maybe it’s unrealistic, especially in such a demanding season that players are on their game for an hour and a half, but it’s hard to get results when you know you are going to gift your opponents a few periods of dominance.

Brighton didn’t take advantage on Tuesday evening, but you have to wonder what a side with a more potent and intelligent strikeforce may have done if gifted those opportunities. We are not out of the woods in terms of being able to trust this team, but it’s a place as true supporters that we’d all love to be in.

Plenty of realistic fans that questioned Arteta during the recent bad run did so with a balanced assessment of which mistakes they thought he was making and where our performances could be improved.

Anyone that’s a true Gooner obviously wants the team to do well regardless of whether their opinion has been stood up as true.

Some of those glaring deficiencies are still in the squad but at least it looks as though Arteta is on the right path to fixing them.

How he found that path is still up for debate, with enforced absences seeing him stumble on something that certainly works (or at least works a little better) at both ends of the pitch.

While the fan base is asking for youth to be given a chance, it still comes with its own risks that youth can be inconsistent.

For instance Bukayo Saka had a poor first half at the Amex then an outstanding second half.

We have to forgive those if he wants to develop. It was still enough to warrant a deserved ‘man of the match’ accolade to add to the others already scooped up this season.

Emile Smith Rowe showed in just one early move how he wants to do positive things and drive the team forward quickly on the pitch, his turn and pass in the first ten minutes caught even our fastest players out, not used to such quick attacking flair in our ranks.

He made numerous good challenges in a defensive capacity too and won plenty of free-kicks.

He might not be the answer but he certainly looks on the right track to playing a big role in the future of the club.

Of the older guard Alex Lacazette has proved plenty of people, including myself, wrong about his future at the club.

It was great to see his post-match interview saying how old the youngsters around him made him feel. The run and ball from Saka and then his pinpoint accurate finish showed there’s still life in his Arsenal career yet. Aubameyang maybe needs to take note?

I’ve also been critical of Hector Bellerin in recent weeks and while I won’t retract any of that evidence-based and factual criticism of his defensive game, he has massively improved for the confidence of being in a winning side.

We still have many inconsistent players that polarise opinion.

That is probably the kind of squad make-up you get just outside the top four of the division.

On the balance of the game’s best chances we deserved the win, even though it was a narrow one. There are both positives to take and negatives to work on in the coming weeks and whatever your opinion of Arteta when we reached those December lows, you have to want him to succeed.

There are still things we are desperate to see as fans, but this is a very good new start.

Either side of the Newcastle FA Cup tie we have winnable league fixtures. Starting with a home game against beleaguered West Bromwich Albion.

I know it’s a busy time of year and tiring for players, but I don’t think it’s unreasonable to expect us to be on top of them for both halves of a game, rather than our customary one good half then one bad half that has been prevalent going back to Unai Emery’s reign.

We have a real chance as a club to win four straight Premier League games for the first time in over two years, also a first under Arteta’s management.

We can’t be complacent and drop back into old habits, the first half at Brighton has to be a wakeup call. It’s just great to see players smiling, working together and a positive timeline on Twitter.

Lastly, re Twitter, there’s been a lot of debate this morning regarding club accounts, ignited by the Leeds United tweet about Karen Carney’s comments on their promotion in the summer.

In my view club accounts should be there to inform and entertain in a responsible manner. The admins do not speak on behalf of the club, so strong opinion shouldn’t come into any of the tweets. For me, banter is also an area they should steer clear of. I actually think our own social media team at Arsenal strike this balance very well, the majority of the time.

The quality of ‘Football Twitter’ in general has been in a real decline over the last few years. It seems there are many accounts that just set out to pretend they support a certain club and then post reactionary comment underneath their tweets.

Note the amount of tweets replying to our match results when we’ve had a defeat that say they’re off to support another club.

It’s simply unthinkable that back in the 80s or 90s you’d stand on a soapbox outside Highbury and declare to anyone in earshot that you’re now off to support Chelsea for instance.

This isn’t about not wanting to see opinions that you disagree with. Some of my favourite accounts are people that have differing opinions to me. As for the attention seeking reactionary and possibly fake ones - blocking and muting can certainly cleanse your timeline for 2021 and ahead.