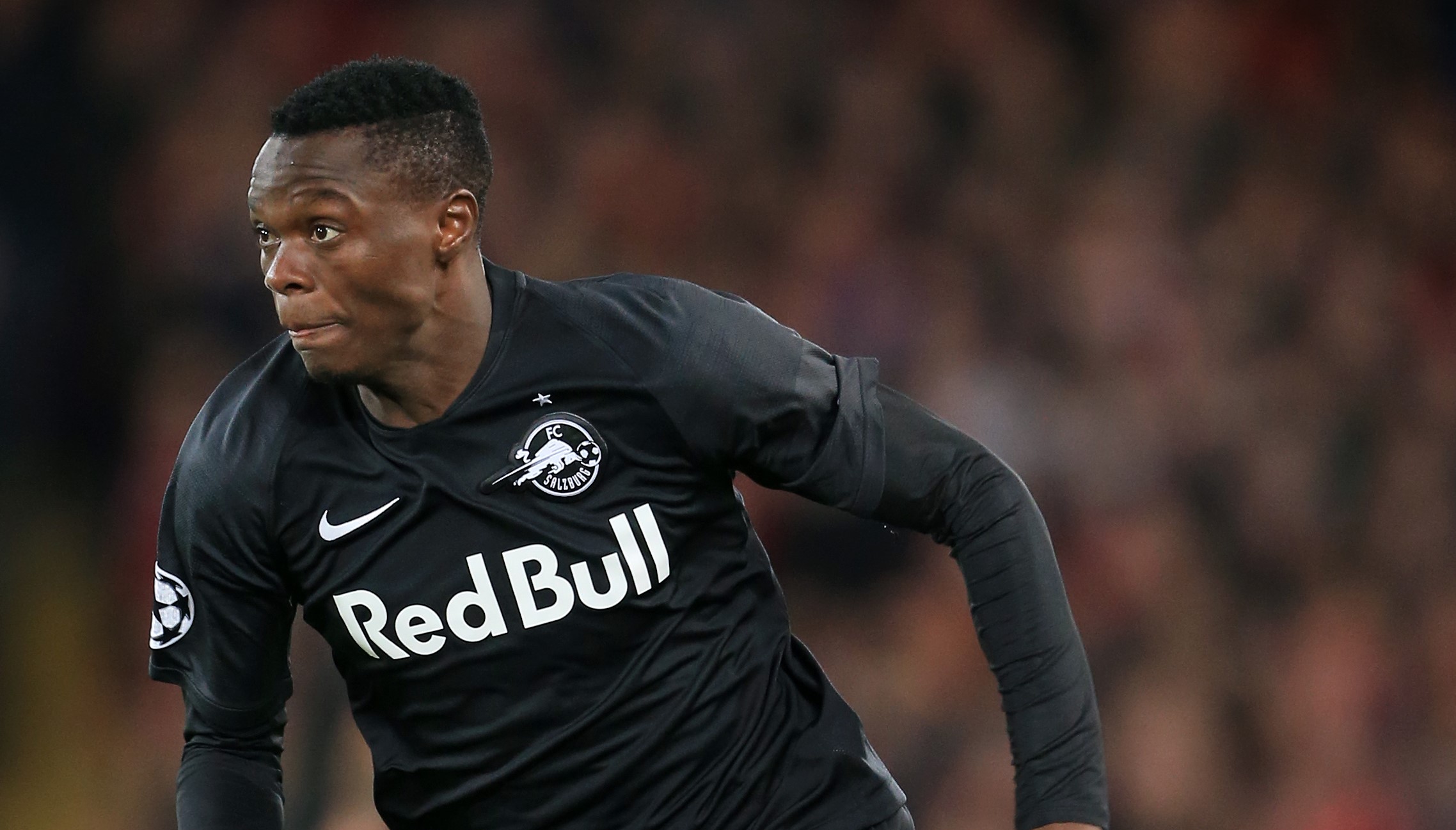 Patson Daka is being eyed as a replacement for Alexandre Lacazette. CREDIT: OFFSIDE

The Gooner revealed exclusively yesterday that Mikel Arteta is eyeing the Zambian international as a long-term replacement for Alexandre Lacazette, and Daka has now addressed talk surrounding his next move in an interview with BBC Sport.

Speaking to Murray Burnell, he said: "I have to continue what I'm doing. We will see what the future will bring.

"I'm doing a lot of things right. I have to stay focused and, at the same time, I have to be careful and not go look at the media speculation because a lot is expected for me."

The Gooner understands that Daka's representatives are keen to secure a Premier League move for their client, with Liverpool, Manchester City and Tottenham joining Arsenal in the hunt for 22-year-old's signature.

Pierre-Emerick Aubameyang could help the club steal a march on their rivals though, with the Zambian - who has netted 42 goals in all competitions over the past two seasons - revealing his admiration for the Gunners captain.

"To see our big brothers like Pierre-Emerick Aubameyang, Mohamed Salah, Sadio Mane, it's something that gives me the dream that I can also make it," said Daka.

"I can be like them. They are my inspiration, knowing that they also come from Africa.

"I think when people are making those kind of comparisons, it's great."

Red Bull Salzburg are believed to have slapped a £20m-plus price tag on the 22-year-old, but Daka believes the club will have his best interests at heart when it comes to a transfer.

"The most vital thing that I've noticed is that the club don't focus much about receiving big money for players. They're more concerned about the development of the player," he said.

"You know what is going on. You're not just left in the shadows, where you don't know anything that's happening."