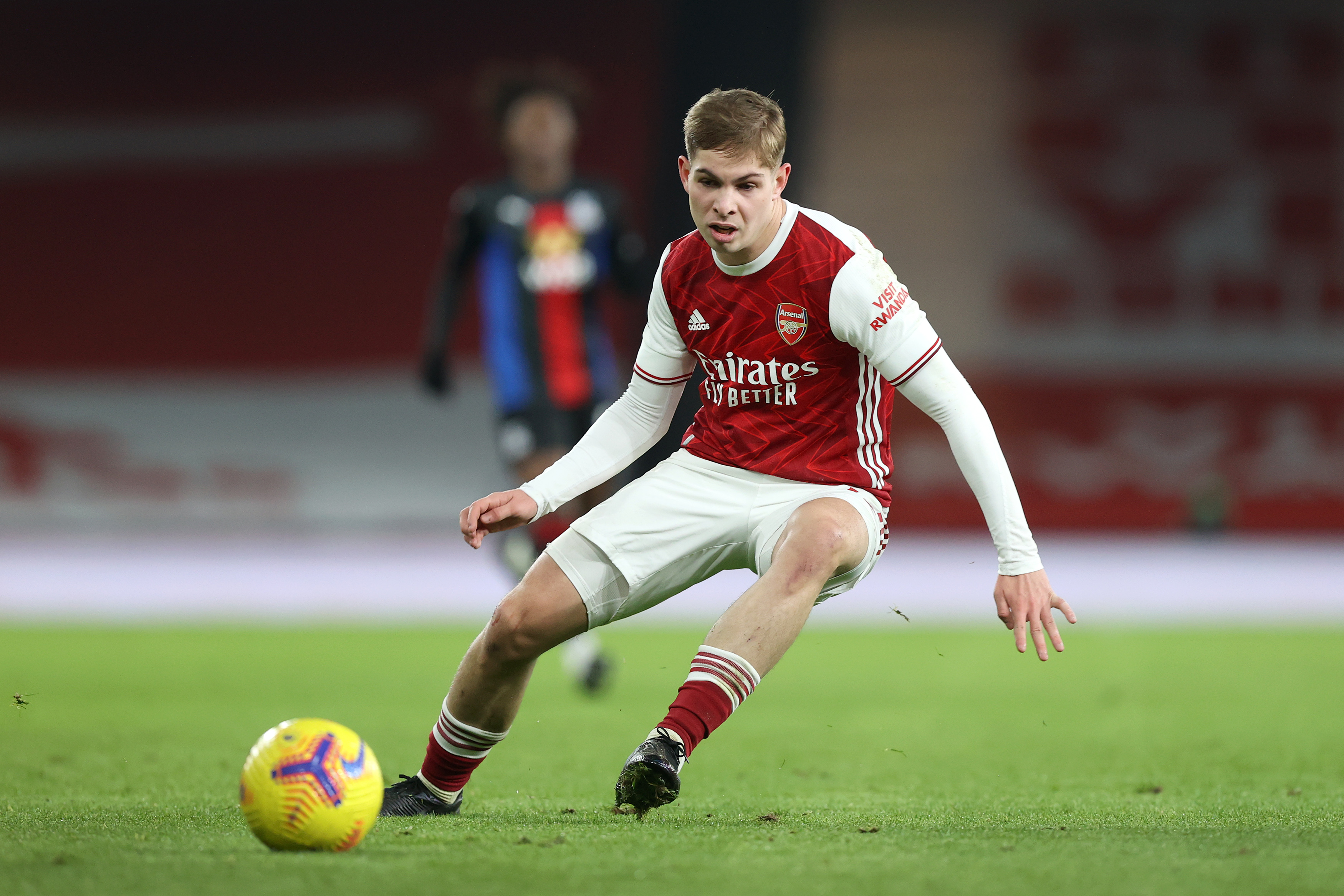 We’ve reached the halfway point of the season, so we asked Rob Bateman of Opta (@Orbinho) to give us an update in a mid-term report for the Gooner Fanzine.

Rob is the don of stats and a loyal, long-standing Gooner to boot. We're delighted to have him write for the Gooner as a guest contributor.

For more of Rob buy the current issue of the Gooner, and look out for our forthcoming, brand new edition, out next weekend, packed with top Arsenal writers and writing, including, of course Orbinho.

In the meantime, read on for Rob's essential dossier on The Arsenal.

We’re at the midpoint of the league season and Arsenal are halfway up, or down, the table depending on how you see things.

Last time I took a look at things for the Gooner Online, Arsenal had made a promising start to the campaign, won our first game away at one of the Big Six in 30 attempts, but had our bubble slightly burst by a humbling 0-3 home defeat at the hands of Aston Villa.

Sadly that defeat, rather than the victory at Old Trafford, set the tone for the next few weeks. It seems amazing to think that the 1-0 win took us five points clear of Man Utd (who had a game in hand) and left them languishing in 15thplace, but as I write today, they are sitting top of the Premier League table.

It seems as unlikely as many of the things on this meme, but that’s where we are and it highlights an opportunity missed for Arsenal to have made a realistic challenge for the top four.

The Gunners went in to the international break off the back of that defeat to Villa and came back shellshocked. A tepid 0-0 draw with Leeds saw the first of three red cards in five Premier League games, meaning Mikel Arteta’s Arsenal had seen seven dismissals since he took over – four more than the next worst-disciplined team in that time.

Red cards contributed to a first home defeat since 1974 against Burnley and a home draw with Southampton too, but this added to a first home loss against Leicester since 1973 earlier in the campaign and a defeat to Wolves at home for the first time since 1979 as the club broke several unwanted records.

It’s fair to say that a lot of Arsenal’s senior players seemed to be struggling for form. I tweeted that Willian looked like he was in one of my regular dreams where I am trying to run, but my limbs feel so heavy I can barely move an inch forward and wake up exhausted despite having done nothing.

Another defeat, this time to Everton, triggered the media to talk of relegation battles and Mikel Arteta being under pressure. Let’s be honest, things did look pretty dire. Not only were results poor, but performances were some of the worst since the tail end of the George Graham era, in other words not in living memory for many of the Arsenal Twitter fanbase.

There was some weird use of data and win percentages from Mikel Arteta which sparked confusion and dismay.

Apart from being completely incomprehensible, I’m pretty sure the data behind this has little or no context whatsoever and this clutching at straws made many people worry about the club’s direction.

Arsenal were a little unlucky in that they conceded six goals from just 10 shots on target against Spurs, Burnley, Southampton and Everton, but the team seemed to have no power of recovery.

Another claim that the team just needed to put more crosses into the box which would result in more goals as “pure maths” was also largely derided, but for a couple of games seemed to be the only way we tried to create chances. We attempted 44 crosses against Spurs and scored no goals.

It didn’t work, of course, so thankfully it was a short-lived experiment. Crosses are wasteful at the best of times, but when you have no striker capable of really competing in the air and few bodies in the penalty area, it’s a doomed strategy.

Just when things seemed hopeless, a covid incident forced Arteta’s hand into changing the starting line up for the Chelsea game on Boxing Day and Arsenal suddenly found some much needed attacking verve.

Gabriel, David Luiz and Willian all missed out, so Emile Smith Rowe came into the team and Bukayo Saka moved to the right-sided attacking role and the Gunners beat Chelsea 3-1.

This has been followed by four subsequent clean sheets, 10 more points and a new hope built on talented and youthful players.

Let me say that we have to be realistic here. Three of those games were at home - against a Chelsea side who are struggling, plus Palace and Newcastle - and West Brom and Brighton away, all of whom are below us in the table and struggling more than we are, but every win is worth three points and it has at least imbued a sense of confidence and belief that may help us as the fixtures start to get trickier in the next couple of months.

In the last five league games, the Gunners have averaged 57% possession, versus 52% prior.

They are moving the ball up the pitch at about a 20% faster rate.

They’ve averaged 16 shots per game compared with 10 shots per game prior to Chelsea. That’s translated into 6.4 shots on target per match, compared to 3.3 prior, effectively doubling our output.

Obviously, the quality of opposition has to be factored in. We played some of the league’s top teams and mostly away from home in the first 14 games of the season, but the numbers weren’t great even against some of the lesser teams.

The new attacking verve has been married with some good defensive performances too. Five clean sheets in all competitions in a row is the best run since 2009.

The Gunners have significantly reduced the number of shots on target faced from 3.5 to 2.2, but in this regard, there are definitely tougher tests to come.

Overall, Arsenal have done really well from set pieces conceding the fewest goals and the fewest shots on target against, from dead ball situations in the Premier League and the lowest proportion in the top flight. You can read more here about the possible impact of Andreas Georgson.

Emile Smith Rowe is currently posting minutes per goal involvement figures in all competitions similar to Kevin de Bruyne, so realistically we can’t expect that to continue.

Alex Lacazette has discovered his scoring boots again with four goals in his last five Premier League games and Pierre Emerick Aubameyang has three in his last three, albeit all against Newcastle. There are signs of hope, but the fixture list looks tricky.

We have the reverse fixture against Man Utd coming up and it will be interesting to see how much has changed since Arsenal beat them back in October.

Finishing in the top four is probably out of reach - only one team has finished in the top four in Premier League history with fewer than 27 points after 19 games and that was Leeds in 2000-01. But then this is a strange season.

The sterile atmosphere means that there has never been a higher percentage of away wins in the history of the English top flight than this season (38%).

Arsenal do need to find a resilient streak. They have recovered just one point from losing positions in the Premier League this season.

Only Burnley have recouped fewer. They have to figure out how to get the best out of underperforming players too. Willian has had just two shots on target all season.

Pepe hasn’t created a single scoring opportunity from open play for a team-mate in the Premier League, albeit with limited playing time.

And Pierre Emerick Aubameyang’s two goals against Newcastle matched the number he had scored in the previous 15 Premier League outings.

Since Emile Smith Rowe made his first start against Chelsea, only Bruno Fernandes (14), Jack Grealish (12) and Phil Foden (11) have created more chances from open play than the young playmaker (10) in the Premier League.

Arsenal were also the only team to win all six of their Group Stage games in either the Europa League or Champions League, albeit with relatively easy opponents, but victory in the competition could lead to Champions League football.

As Mikel Arteta clears some of the dead wood and surplus from the squad this January and in the summer, the next six months will be critical in planning the make up of the team for next season.

New recruit Thomas Partey is averaging almost twice as many tackles as the next highest player in the Arsenal squad, Gabriel has looked solid and assured at the back and the first year was always going to see a settling in period.

This may mean results continue to be variable, but might prove to have long term benefits as Arteta assesses who is capable of helping the team back to challenging at the top end of the table.