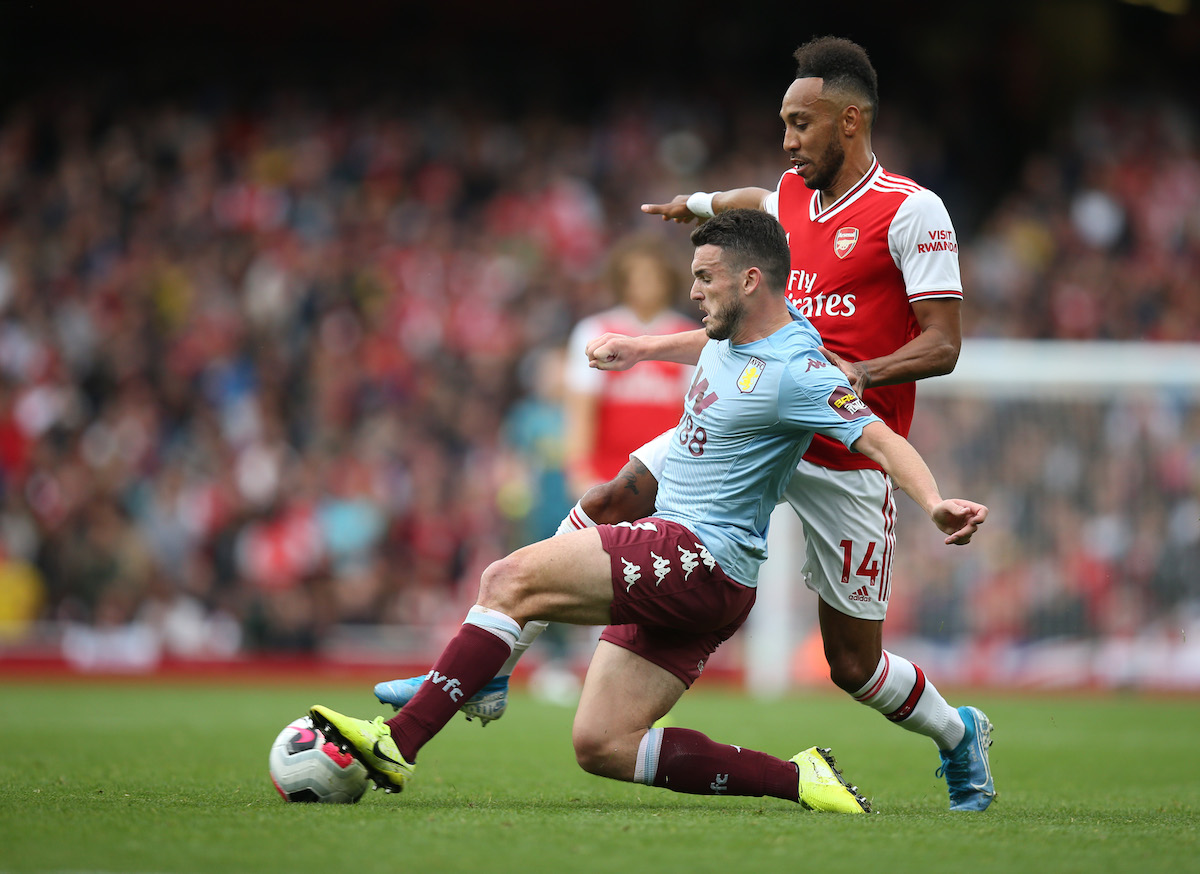 There’ll never be another Aaron Ramsey, but we’ll still need to replace his impact come the end of this season. Loanee Dani Ceballos is impressing many, with his stylish approach and direct attitude, but he’s only with us for this campaign. Dani’s already talked of using this season to build his future back at Real Madrid. Arsenal will have to look beyond Ceballos in the long term and the club will surely have started their search. It needs to include Aston Villa’s John McGinn.

Aaron Ramsey scored 64 Arsenal goals in 11 campaigns, with 63 from open play. He was a marvel at finding space, creating chances for others and ghosting in from deep to plunder vital strikes, perfectly illustrated by his winning goals in two FA Cup Finals. You can’t find a perfect direct replacement for Ramsey as no such thing exists. Teams evolve with the distinct skills of their individual members. No two players can be the same, but you can replace Ramsey’s effect. John McGinn is fast proving that he’s an ideal successor. His impact and goal record over the last 15 months at Villa, plus his previous success in Scotland, tells a compelling story.

While Jack Grealish is Aston Vila’s captain and poster boy, McGinn was widely regarded as the driving force behind Villa’s climb up the Championship last season and eventual promotion back to the Premier League. Grealish continues to impress with flashes this season, but McGinn remains Villa’s conductor. Grealish might be the face of Villa’s clock, but McGinn is both hands.

McGinn had already proven his impact and ambition in Scotland, winning the Scottish League Cup with St Mirren in 2013, the Scottish Cup with Hibernian in 2016 and the Scottish Championship with Hibs in 2017. He joined Villa in August 2018, despite long-term determined interest from Celtic. McGinn quickly became a fans’ favourite at Villa Park - much like Ceballos at Arsenal - in his one full season so far at Villa, winning both the Supporters' Player of the Season and Players' Player of the Season awards. He also scored Villa’s winning goal in the Play-Off Final.

McGinn’s has scored a credible 10 Villa goals in 49 appearances to date, heading into the current international break with Scotland. He’s ghosted in to score at Tottenham and Arsenal already this season and he’s just taken full advantage of Scotland’s home clash with San Marino by plundering a hat-trick. McGinn will be impressing many in football with his hard work, creativity and goal threat each passing week and that interest needs to include Arsenal. You can barely perform a better audition to prove your potential as an Arsenal player than to score against us in our own stadium.

McGinn is already reportedly being whispered on Man United’s radar and Arsenal need to make sure that he’s on theirs too. Scott McTominay at United is McGinn’s international teammate and midfield partner, so is well placed to influence McGinn towards Old Trafford. But our own Kieran Tierney is also McGinn’s international colleague and could have a few complimentary words on our behalf.

McTominay’s industry could be a compelling draw for McGinn, as could United’s historic Scottish influence from Sir Matt Busby and Sir Alex Ferguson, but United are very ordinary on the pitch now and might not even make the top 6 this season. Tierney has much more dynamic impact and it won’t escape McGinn’s attention, as Arsenal vie for the top 4, just how much he could benefit from ghosting onto Tierney’s crosses and pull-backs.

McGinn will have had a full Premier League season behind himself by next summer, fitness allowing, so keep an eye on him throughout this campaign. Villa will struggle at times but he won’t. Ignore them, watch him. It’s what Arsenal should be doing. There’s no doubt in my mind that John McGinn could provide a very impactful solution to Arsenal’s Ramsey-less midfield balance.