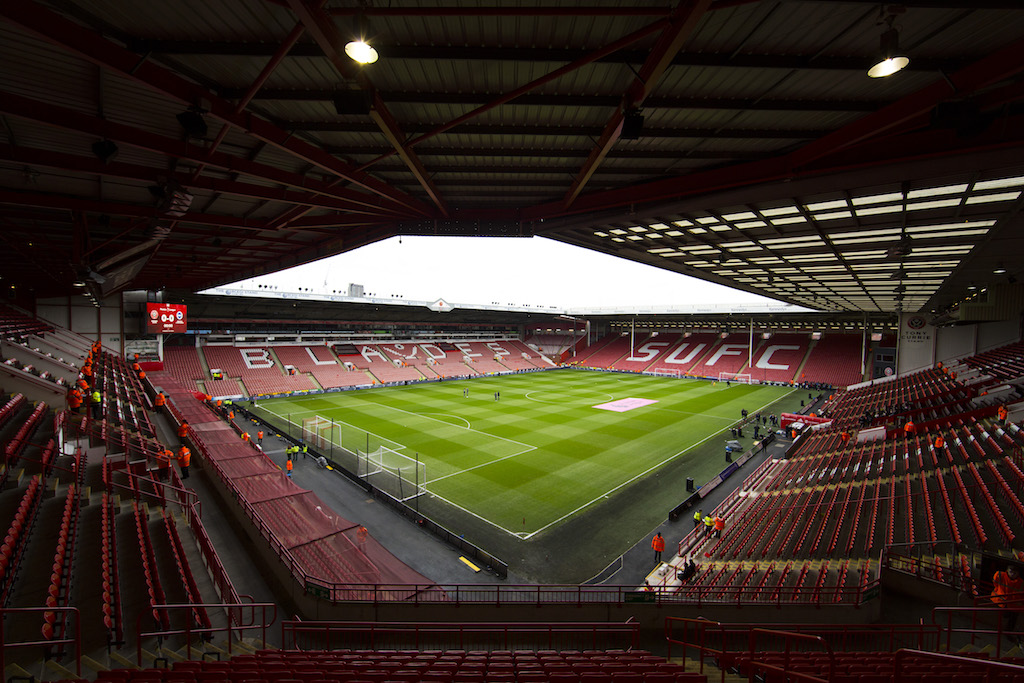 The FA Cup sixth round clash between Sheffield United and Arsenal will be played behind closed doors at Bramall Lane, with no fans allowed due to government guidelines regarding coronavirus. CREDIT: OFFSIDE

Arsenal head to Sheffield United after Thursday's gritty 2-0 victory over Southampton on a baking hot south coast evening kick-started their late bid for a European place. After two miserable defeats on the road at Manchester City and Brighton, the triumph at St Mary’s gave a welcome boost to morale ahead of Sunday’s FA Cup clash against the Blades at Bramall Lane.

The cup offers Mikel Arteta’s side their last chance of silverware this season as they bid to lift the trophy for a record 14th time. The Gunners progress to the quarter finals of the world’s oldest knock-out competition has been steady if not spectacular.

A second half Reiss Nelson was enough to ease past Leeds 1-0, visitors to the Emirates on a third round Monday night game in early January, before a comfortable 2-1 win at the Vitality Stadium against Bournemouth – through goals from Bukayo Saka and Eddie Nkeitah – ensured progress.

Another win on the south coast, this time a 2-0 triumph over Portsmouth eased the Gunners through to a quarter final date in Yorkshire this weekend via goals from Sokratis and Nketiah.

This season’s head-to-head between the north Londoners and the Blades saw Lys Mousset score the winner against Arsenal at Bramall Lane back in October to seal a 1-0 victory, in what was a truly awful performance from Unai Emery’s side.

The return fixture saw a hard-fought 1-1 draw at the Emirates in January after Gabriel Martinelli put the Gunners ahead before a deflected John Fleck strike late on grabbed a point for Chris Wilder’s side.

Sheffield United and Arsenal last met in the FA Cup in March 2005 in a fifth-round replay. After a goalless draw, the Gunners won 4-2 on penalties at Bramall Lane. However, the Guners have won just one of their past eight away matches against the Blades in all competitions (D4 L3), a 3-0 win in October 2007 in the League Cup.

They’ve also progressed in 13 of their past 15 FA Cup quarter-final matches, only falling against against Manchester United in 2011 and 2016 against Watford.

Arsenal centre-back David Luiz is available after his two-match ban after seeing red at Brighton, but Bernd Leno, Calum Chambers and Gabriel Martinelli are all out with knee injuries.

Lucas Torreira and Pablo Mari (ankle) are also missing while Cedric Soares is a doubt.

Defender Jack O'Connell has missed all three games since Premier League football returned but could feature in Sunday’s FA Cup sixth round clash after injury.

Kick-off between Sheffield United and Arsenal at Bramall Lane in the sixth round of the FA Cup on Sunday is 1pm.

The clash will be played behind closed doors in Yorkshire, with no fans allowed due to government guidelines regarding coronavirus.

How can I stream Sheffield United vs Arsenal?

The match will be shown live on BT Sport, which can be added to an existing contract from £15 per month. Their 'Big Sport' package is also available at £40 per month, while it can also bee watched via NOW TV with a day pass for £9.99.

This will be the 116th meeting between the two clubs, with Arsenal winning 48 matches, Sheffield United notching 40 wins, alongside 27 draws.