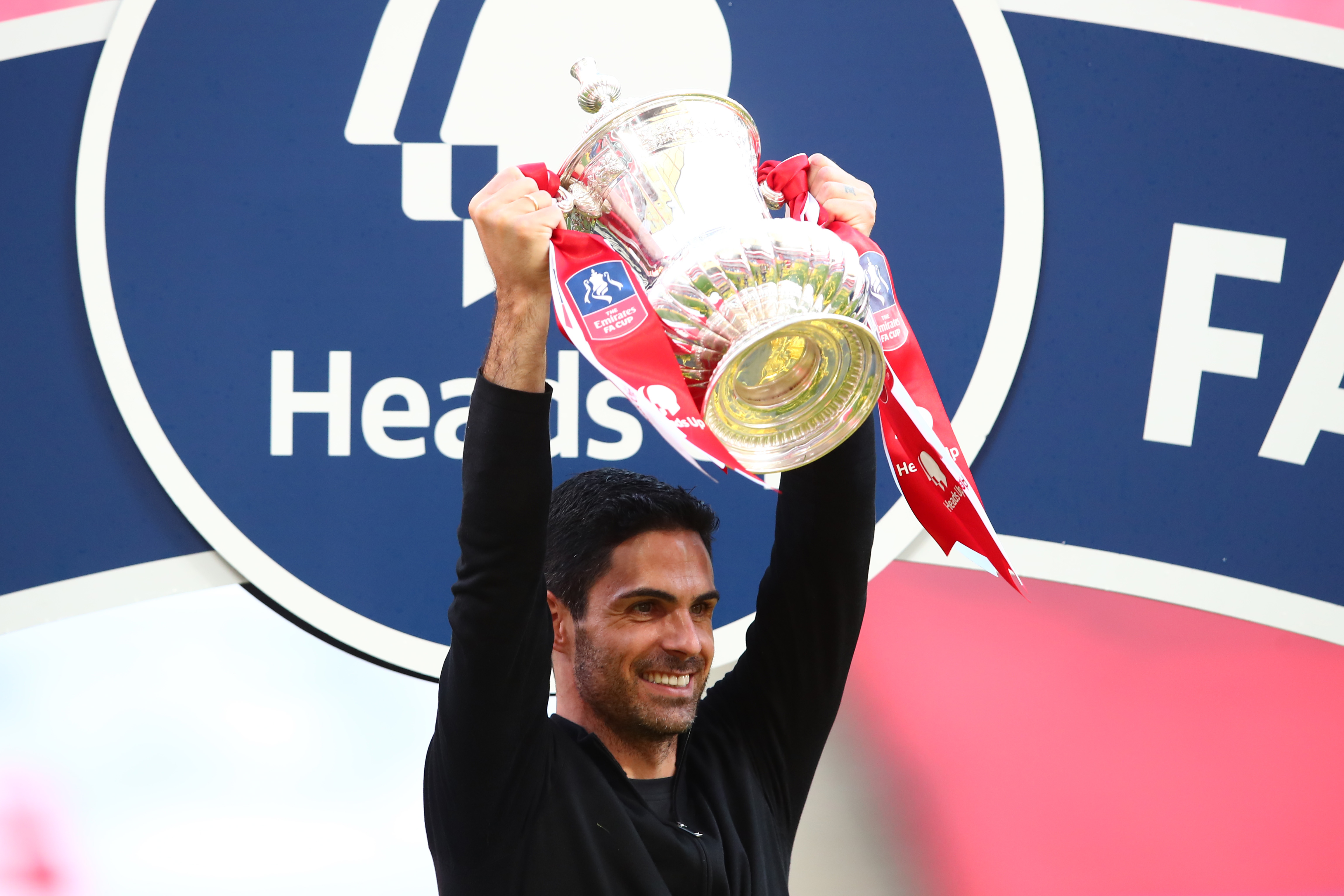 Arsenal travel to the County Ground on Sunday to take on Nottingham Forest in the FA Cup third round.

It has been a frustrating week for the Gunners after their eagerly-awaited League Cup semi-final first leg clash against Liverpool was postponed due to Covid and injuries in the Anfield camp.

The news capped a disappointing few days in which Arsenal were also fined £20,000 by the FA after being charged with failing to control their players during the 2-1 loss to Manchester City on New Years Day.

Despite an outstanding performance against Pep Guardiola's side, controversial decisions by referee Stuart Attwell and VAR marred a hugely encouraging showing.

Mikel Arteta - who missed the match with Covid - will be back in the dugout for Sunday's game.

The Gunners boss reflected on winning the FA Cup back in 2020 saying he wants to win it again: “We want it and we have an incredible history related to this competition. We have to go game by game.”

Outstanding teenager Charlie Patino could feature after Arsenal boss confirmed Ainsley Maitland-Niles is set to join Roma on loan for the rest of the season.

Midfielder Maitland-Niles, who came close to joining Everton in August, opted to leave North London after his lack of game time this season.

Arteta said he: "Believes that the opportunity of Rome and to work with Jose (Mourinho) was a really good one. When a player feels that way and has a strong argument that he has it is very difficult to turn that away so we decided to let him go and wish him the best.”

However, Arsenal will be short of players with Pierre-Emerick Aubameyang, Thomas Partey, Nicolas Pepe and Mohamed Elneny at Afcon with Arteta saying they are "very short at the moment" and will "look for options...we want to play and that is how we are approaching every game".

Mohamed Elneny, Nicolas Pepe, Pierre-Emerick Aubameyang and Thomas Partey are all away on international duty and are unavailable to play.

From: Loic Mbe Soh, Joe Lolley, Rodrigo Ely, Max Lowe, and Alex Mighten are all injured and will not feature on Sunday while Mohamed Drager is away on international duty with Tunisia.

Steve Cooper earned plaudits for taking Swansea to the brink of the Premier League when the Welsh side lost to Brentford in the Championship play-off final at Wembley after finishing fourth in the table.

He has revitalised Forest's season after taking charge in September with the club floundering.

Lewis Grabban. The former Norwich and Sunderland attacker might be 34 but he has form against Arsenal, scoring against the Gunners in a 1 -1 draw in 2015.

Craig Pawson will be in charge of the third round tie

The Gunners have played Forest exactly 100 times previously. Arsenal lead the head to head with 51 wins to 27 and 22 draws.

Gabriel Martinelli shone when the Gunners last met Nottingham Forest back in 2019.

The 18-year-old summer signing made his first competitive start in the League Cup third-round game at Emirates Stadium after a dominant showing from Unai Emery's side.

Martinelli broke the deadlock with a powerful header before netting an excellent long-range second in injury time.

As well as Martinelli's brace, Rob Holding marked his return from 10 months out through injury with a headed goal, while Joe Willock and Reiss Nelson were also on the scoresheet as Arsenal swept past Forest 5-0.

Arsene Wenger's Gunners were on the end of a cup upset at the County Ground this weekend four years ago, when managerless Forest beat Arsenal 4-2.

Arsenal's first FA Cup third-round defeat since January 1996 saw Eric Lichaj heading in from close range in the 20th minute to make it 1-0.

Per Mertesacker followed up after Rob Holding's header had struck the post 180 seconds later to make it 1-1.

The American put Forest 2-1 ahead with an excellent volley from the edge of the box on 44 minutes.

Danny Welbeck made it 3-2 after Forest keeper Jordan Smith's error.

However, a memorable cup shock was sealed with Kieran Dowell's 85th-minute penalty, before Forest's Joe Worrall was shown a red card in the closing stages for a late tackle for a Forest side led by caretaker boss Gary Brazil.

Lucas Perez scored his first Arsenal goals as Wenger's side reached the fourth round with a comfortable win at Championship side Nottingham Forest.

Lucas rounded the goalkeeper for his second before Alex Oxlade-Chamberlain hit a late fourth.