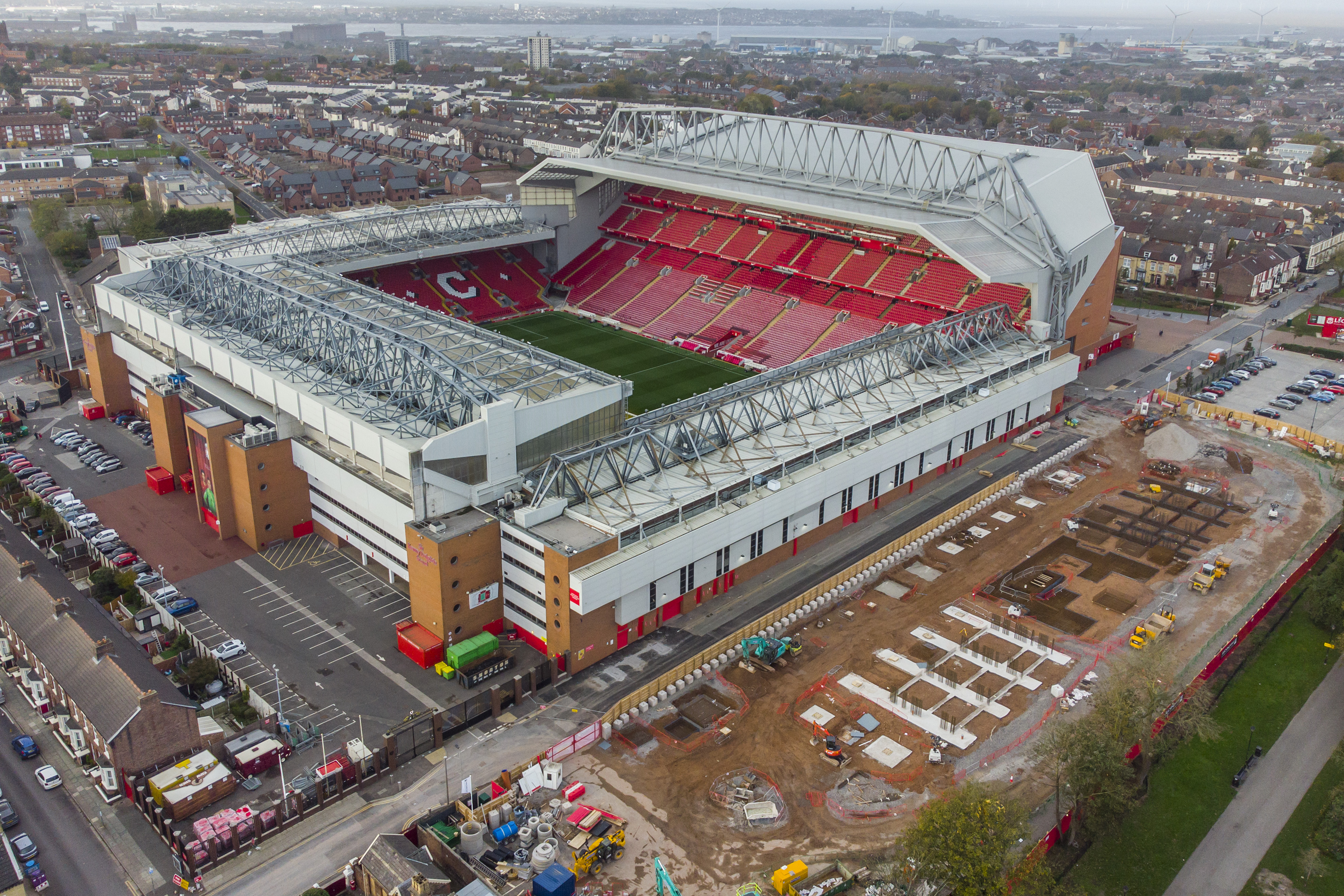 Arsenal lost to Liverpool on Saturday at Anfield

Sigh… A reality check for Mikel’s young guns. Only positive is that it came against Liverpool, a team we knew were better than us, and not someone else. 4-0 felt flattering on their part though, and I didn’t come out of that game feeling as deflated as I did after the 5-0 at City (nor did anyone else in the away end).

Disappointing of course, but not the complete capitulation that it could’ve been (although we did fall apart a little bit towards the end of the second half).

Anfield has always been on my football bucket list.

The promised wall of noise of the Kop, partnered with an always rousing rendition of You’ll Never Walk Alone meant it sat pretty high. An enticing prospect for any football fan.

The city is also lovely: having experienced it properly before for a couple of games at Goodison Park, I didn’t feel compelled to make a proper trip out of it given the presumed result. In and out.

Like the beginning of some strange joke, I was greeted in the corner shop on Saturday morning by a United fan, and a West Ham fan - all of us embarking on our respective away days.

Odds are that one of us would’ve been happy, surely? That corner shop is bad luck. Not going back there. Not sure any one of us will be.

The slog of a car journey was more bearable today.

All the results went our way - West Ham and United losing - and me and Layth spent the last hour thinking about where we were going to win the title… Maybe a bit premature to be fair.

We arrived about 45 minutes before kick off, parked up on a patch of grass and embarked on the short walk to the ground. Slapped in the face by cold winds and rain, our walk was preparation for what would come, even as the rain eased off.

The away end at Anfield

There was a party atmosphere in the away end. All Arsenal fans were aware that if we were to get anything from the game, we needed to be in full voice - not to mention the performance of the team required.

Anfield is amazing. Walking up the stairs, staring the Kop in the face - it’s something you can’t help but be amazed by, even as a rival fan.

An intimidating block of passionate fans, matched only by the ‘Yellow Wall’ of Borussia Dortmund. However, after the rendition of YNWA, Anfield was quiet - frustrated by half an hour of complete competence from the visitors.

Arsenal fans provided the noise, as our team also provided a performance to be proud of, although not showing any real threat.

The Liverpool fans only livened up again when Klopp and Arteta kicked off on the touch line. Anfield backed their man, whilst the travelling Arsenal support did the same.

I’m surprised that Klopp doesn’t get it in the neck more often, always winding people up - but it’s ‘part of his character’ so it’s fine. P*****

Conceding from a set piece is always frustrating, but you could feel that goal coming. Anfield was rocking again, and it wouldn’t have been that shocking if Arsenal had conceded again before half-time.

We held our nerve though in the crucial five minutes after, pushing them back and creating a couple of chances of our own (more chances to create chances but still). 1-0 HT, and the game was in the balance - something which it hasn’t often been at Anfield at HT for us.

We started the second half well to be fair. Again holding our nerve, and showing we wouldn’t go down without a fight. A silly mistake from our inexperienced LB, who has otherwise been fantastic, let Jota in to make it 2-0.

Until that goal, the game was in the balance and, to be fair, had Aubameyang finished his chance with half an hour to go it again may well have been.

It wasn’t though, and Liverpool then kicked on and showed their quality - adding a third and a fourth to rub salt in the wound.

It was not as bad as a 4-0 would suggest though, to be honest.

The majority of the Arsenal fans stayed to the end and clapped their team off - suggesting many felt the same way.

It was not the same applause as after City, it was genuine appreciation of their efforts and acknowledgement of their performance.

Even a couple of Liverpool fans after the game said whilst walking past us “They were better than I expected, we played out of our skin for the last 20, and to be fair I was still nervous until we scored our third”.

Sky Sports’ Jamie Carragher put it well: “This is a real learning experience for Arsenal. It’s not something they should get too downhearted about because Liverpool are one of the best teams in Europe and Arsenal are one of the youngest.”

At an average age of 30, having been together for four or five years, the Liverpool squad is at a level that this young Arsenal squad hopes to be at, but no one expects them to be at it this season (or even the next).

The youngest team in the Premier League and today, for the first time, that inexperience was exploited. Lokonga had a tough time, as did Nuno and Ben White.

The difference between the two sides was not tactical though… It was a matter of a clear gap in quality - which everyone knew was present before the game!

There is a real disparity between the top three and the rest of the league - and Arsenal have a very good chance of finishing as the best of the rest.

Although a result like this does put the run into perspective, the perspective is that we are 5th and 3 points off the top four.

Who wouldn’t have taken that pre season?

With the rest up there losing too, Saturday was a bit of a free hit, at a ground where points are at a premium no matter who you are. No ‘big six’ team has won at Anfield (with fans) since January 2015…

A schooling for Arsenal’s students, but it is a performance that should not cause uproar.

We were beaten by a better team, a team who we all knew were better going into the game.

The real test now for Mikel Arteta’s men is how they will bounce back from this defeat after a run of 10 unbeaten.