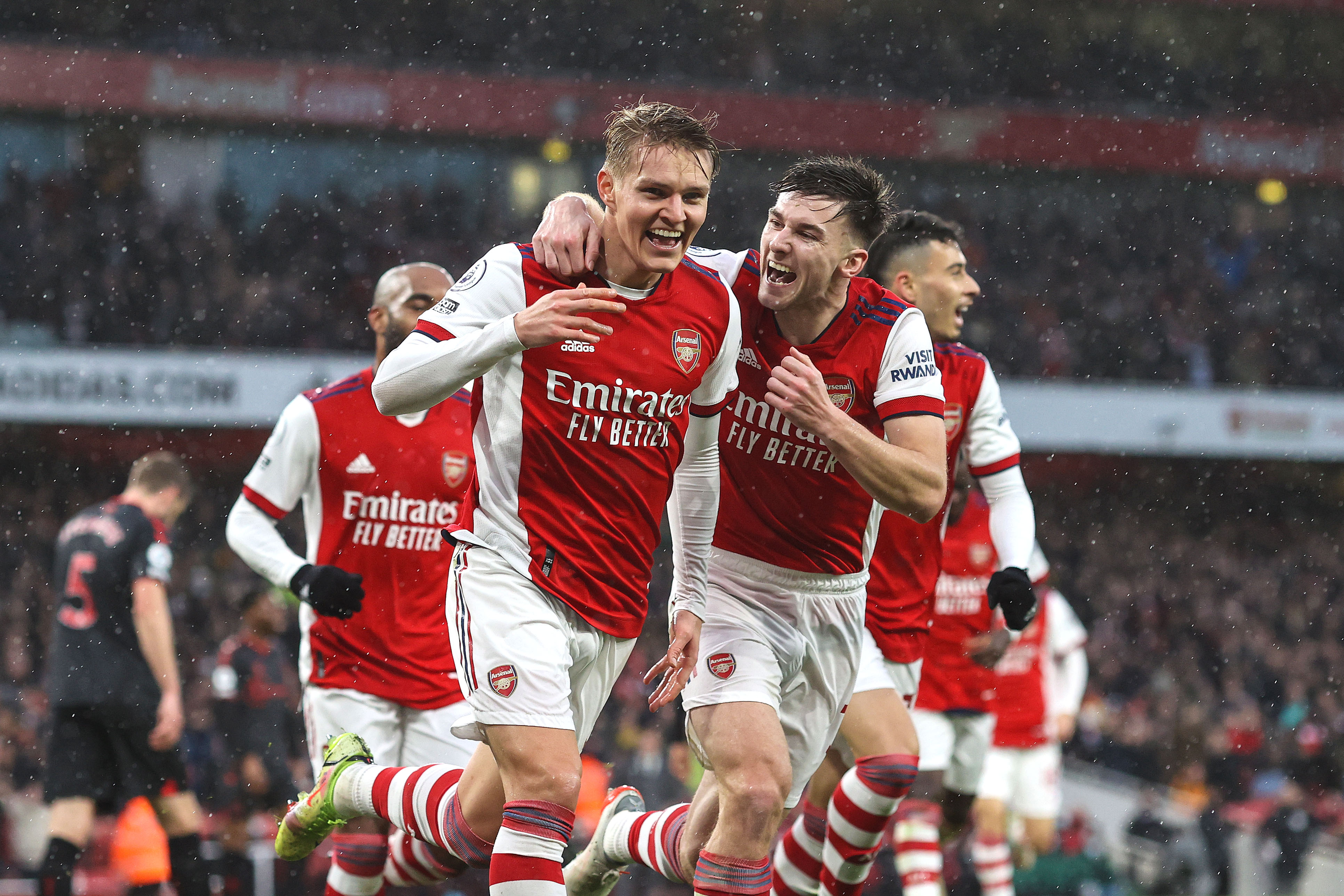 So. A 3-0 win over Southampton, very comfortable, Arsenal Twitter silenced. The End.

Gotta love it, after the week we have all had whether that be letting out some poison on Twitter or heading to the match today to watch it.

A glorious three points in the bag, and much needed too.

This was one of those games where if I'd have been fortunate enough to be in the ground to witness, I would have been 'crowd watching' as much as watching the game.

And why not, not when we were rarely under any kind of threat from the opponents - bar a few excellent Aaron Ramsdale saves - and a level of expectation that means only three points will do.

By grabbing an early enough lead, it gives you the air of a champ and the confidence that goes along with it.

Beautiful opener it was too.

You can keep your diamond formations, your 4,3,2,1’s or whatever you want to call it.

I am calling this football the ‘dicking about with it’ at the back formation.

Can’t say I will ever be truly onboard, too deeply ingrained in me is the ‘get rid of it’ formation and tactical instructions I was berated with as a kid growing up, rarely did I hear any different when I was kicking a ball about.

But football has moved on since then, and I’m sure that Mikel would have a more fancy way of articulating what it is we are witnessing.

He certainly managed to get his message cross to both our errant captain, and also the fanbase with his decision to not include the clubs highest paid player.

Missed a training session by all accounts I was reading  on Twitter, shocking stuff, if that’s the case there’s only really one path to take, he has to be disciplined, and if he can’t be disciplined the writings on the wall.

Rip up the contract and send him to Fenerbache, do it quickly, quicker than we did with Ozil, catch his attention, pull him away from Fortnite for a second.

That’s completely unacceptable, you can’t just not turn up and head off to get a tattoo, maybe the African Nations cup won’t come a moment too soon for all concerned.

Naturally, I expect him to shine as the world beater we all know he can certainly be, but only on his day.

When surmising like this, the future doesn’t look too rosy for Auba - and a new fresh pair of legs up front won’t be a bad thing in January.

I’m certain Mikel is aware of that and is already on the case for a replacement.

Removed from the action

It’s game of opinions. As you can see, I have mine, even if it's not a very informed one.

I haven’t taken any badges, I just enjoy the banter of the crowd, in the ground as much as I did when hero worshipping these players when I went in the 1980s and 1990s.

When you are a little bit removed from putting your money where your mouth is, and actually forking out to go and see the Arsenal, you can afford to go about your day not being too affected by it all.

It’s a lot healthier on the bitten nails, the stress the worry of being deeply ingrained, the long trips home are a thing of the past.

Positivity: In praise of Arsenal supporters

Saturday was a comfortable day, a beautiful sweeping move to 1-0 up, a wonderfully timed second by an in-form Odegaard, topped off with an encouraging header by the ever-improving Gabriel.

Important clean sheet, but just as importantly a positive, passionate Ashburton crowd, who got behind the team from start to finish, didn’t get on any players back and my man.

Pepe got a warm welcome too when he came off the bench, Lacazette got a rousing reception when he departed and fair play to him he did well today for the team.

I am desperate to see Pepe do well.

He’s called Pepe for goodness sakes, what’s not to love?

Surely we have seen enough of him to know he is lacking some confidence, and some minutes.

Pepe needs a cuddle, not a kick up the jacksy. Is anyone else seeing that a fully fit flying Pepe playing with confidence is a 20 goals a season revelation no?

A vital player in the team who will be the difference between finishing 5th and 6th and easing comfortably into the top four?

The difference between a win and a loss over one of the so called giants?

Surely I’m not alone in seeing that?

He’s desperately short of confidence at the mo, as the coaches like to say, 'he’s not in a good moment'.

Seems very fashionable to say, I have to agree, I just hope we can get him into 'a better moment playing for us and not someone else.

Mark my words, the man like Pepe will be grabbing us a winner in a cup final if I am reading the script as it’s being written right now, big time player is Pepe, too good to be running around against the likes of Southampton for seven minutes, let’s stick with him keep the faith and let him have his day in the sunshine for us.

Argument for the defence

Defence looked strong, midfield compact, Partey had one of his Johnny Jensen moments, there’s that word again, it won’t be too long before one of them flies into the top corner, so it’s all good news and good vibes again.

Arsenal Twitter is silenced for another week, long may it continue.

That's why I was 'crowd watching'

That’s why I was crowd watching on Saturday, the points were in the bag, and my mind was wandering off to who was having a mumble, and why they felt the need to do so. Which leads me to...

It was very toxic last week after the defeats at United and Everton. Let alone the women losing to Chelsea and Barca. Or the U18s to Colchester to cap a miserable week to be a Gooner.

It’s absurd some of the opinions that have been sweeping about, so I leave the final word on Saturday's magnificent win to Gooner contributor @legrove on Twitter who was present at Saturday's match.

“Our young players really thrive on fan interaction. Saka, Odegaard, and Martinelli were all reviving us up and encouraging us to back them.

"Great to see the relationship between fans / players repair. Also great to know the toxic fan commentary online has zero hold in the ground.”

I'm sure we can all get on board with that, and if you can’t at least do,the decent thing and join me on the sofa at home shouting at the screen and not the players.

So, if you're one of the Arteta out brigade do the decent thing and go and support Liverpool, you’ll stand a better chance of imaginary rubbing the imaginary cup your fevered ego so desperately needs to feel nourished this year.

And I will be here telling all and sundry I’m sure Pepe’s a world beater from the comfort of my chair getting behind the boys.