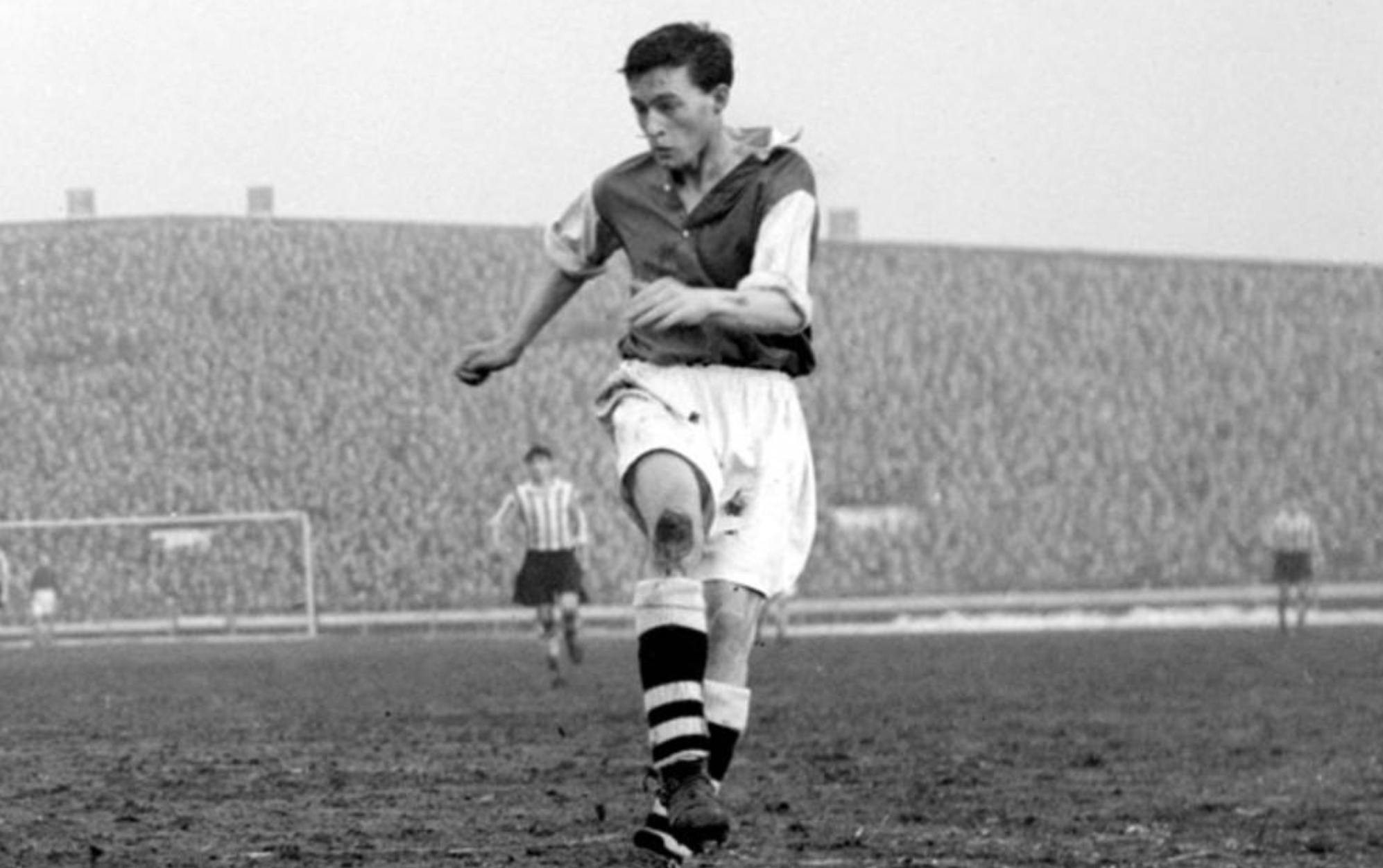 In his playing days Jimmy Bloomfield was described by his then young coach at Arsenal, the future, and much respected, manager of England, Ron Greenwood, as ‘an inside-forward with touch and vision; and when he played well the team played well’.

Later in his football career, when Bloomfield himself became a distinguished manager, most notably at Filbert Street with Leicester City, the maverick, exotic, and Fedora wearing Malcolm Allison said watching Bloomfield’s Leicester forward line attacking was the nearest he’d come to seeing the elegant creativity of Brazilian football in the domestic English game.

As both a player and manager, Bloomfield was a man of subtle panache, nothing arrogant or loud, just clever, innovative and perhaps ultimately understated.

If there was an aura of class about him as a player and as a manager, then as a man it preceded him for in his wake, he left only glowing tributes and testaments which bore witness to his decency and integrity.

He joined the Gunners in 1954 for a respectable fee of £8,000 from Brentford, and inside a year he had established himself as a first team regular at Highbury, going on to make over 200 appearances in his six years at Arsenal, scoring over 50 goals.

Those simple facts don’t perhaps do him justice, for his flowering as a footballer at Highbury (and if ever the old girl was built to showcase a player, then Bloomfield was just such a footballer) coincided with Arsenal’s sojourn in the footballing wilderness and he left the club perhaps best seen as an ornament which had gilded an otherwise very ordinary team.

Had his Arsenal career been but a few years later, then I could see him flourishing in the reign of Bertie Mee. While Bloomfield had style and vision he also, crucially was known to ‘put in a shift’, and be someone through whom an attack could develop because of his near perfect range of possession-keeping passing.

I picture him as a precursor of Jon Sammels: a brilliant passer of a football, elegant, and a hard worker, no wonder that when Bloomfield became Leicester’s new manager one of his first acts was to bring the metronomic Sammels to Filbert Street.

Under his new boss, Sammels, a man who contributed so greatly to the delivery of Arsenal’s historic Fairs’ Cup triumph in 1970, went from strength to strength and in many ways found his footballing home in the East Midlands under Bloomfield’s guidance and support: the recognition of Sammels’ ability, and his decision to build a team around him will stand always as a testament to Bloomfield’s innate understanding of how a football team ticks, and how football should be played.

Indeed, under Bloomfield, Leicester would become known as a team who aspired to play free-flowing attacking football and in doing so he put together an exuberant collection of players such as Frank Worthington, Keith Weller, Alan Birchenall, Lenny Glover, and of course Jon Sammels.

Indeed, I have often wondered if, in the mid-seventies, his name ever echoed around the corridors and boardroom at Highbury as a possible successor to Bertie Mee. His Arsenal pedigree was beyond dispute, and so too was his standing as a man of principle. Although never formally approached I would bet his name cropped up, and would also have had some backers on the board.

In terms of medals and baubles there is perhaps too little to truly do justice to Bloomfield’s significant contribution to English football: he won the League Cup with Birmingham City; played in two losing Fairs’ Cup finals, once with a London XI, and once with Birmingham City; and represented his country at Under-23 level. As a manager he guided Orient to the Third Division championship in 1970, and won the FA Charity Shield in 1971 at Filbert Street.

However, he will forever be associated with one of the great emotional reference points of twentieth century English football when he graced the last game played by the Busby Babes before their fateful journey to Munich, indeed, a game ending 5-4 to United had seen Arsenal scoring three in three minutes to drag it back to 3-3 with Bloomfield scoring two of the goals. In many ways this match and his association with it remains a better epitaph for one of the games graceful gentlemen.

Of course, he famously came up against the Gunners in the 1978 FA Cup semi-final when as manager of Orient he saw his side, including the striker Peter Kitchen who had given me a week of sleepless nights prior to the game, fall to a 3-0 defeat.

Indeed, Arsenal had dogged his team’s cup ventures for most of the seventies, a cup encounter between Leicester and Arsenal came around as regularly as Christmas for most of that decade.

Despite suffering a series of deflections, last minute winners, and dubious refereeing decisions which collectively thwarted him in those games, he remained a follower of the Arsenal and always wished them well. Indeed, I have much personally to be grateful for to him; it was he who provided me with my ticket for that semi-final in ’78, the first big game I had attended as a 12-year-old, and that despite knowing I was a Gunner! Nice one Jimmy!

Had he have lived, then today, the man from Notting Hill would have celebrated his 88th birthday, but he was destined to live no longer than 49 years. Jimmy Bloomfield died in April 1983 from cancer.

Some people leave an intangible and less obvious mark on life, one though that far exceeds the weight of hard concrete facts and figures. Jimmy Bloomfield did what is largely difficult to be measured in that he played football, and then encouraged the game to be played, in a way that was intelligent, creative, and performed with a dash of elegance, soul, and verve.

He conducted himself with a quiet decorum which in itself sadly attracts neither medals nor international caps: however, as a man he was both a moral ‘invincible’ and a ‘double’ winner. Rest in peace James Henry Bloomfield – an Arsenal man.