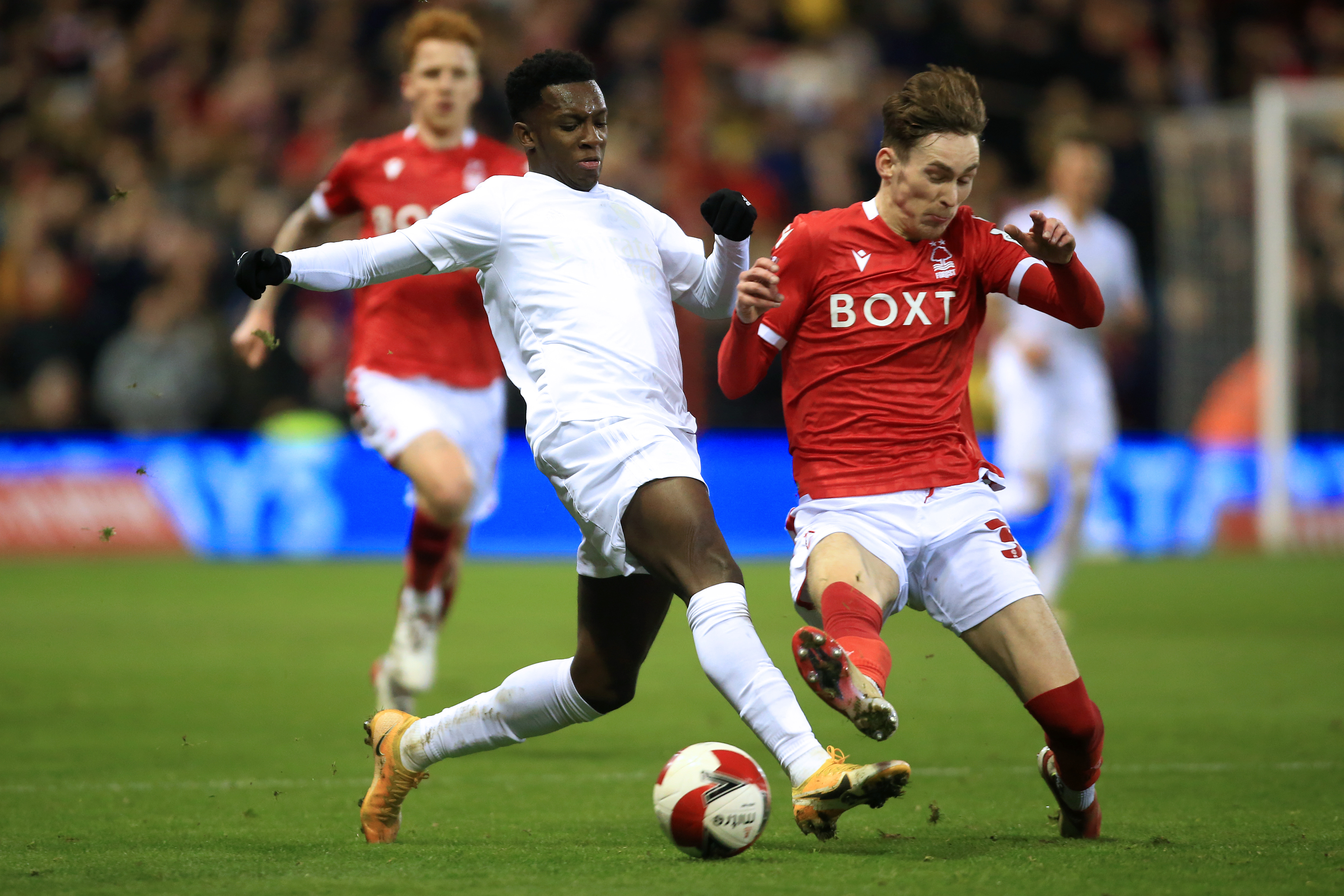 Eddie Nketiah was underwhelming at Forest during Arsenal's 1-0 defeat

And just like that, we are ‘not in a good moment’.

We were in a ‘good moment’ but now we are not.

Bit of a tough old blow to take this one, one of our remaining chances of silverware has been closed off to us by an abject performance up the road at Nottingham Forest again.

Sunday's defeat wasn’t anywhere near as miserable as the last time we got beat up there, having four goals put past us - but it has the same end result, in that we are dumped out of our favourite cup early again.

What can I say?

As someone who likes to trumpet the benefits of keeping the faith with the process, getting behind the team, and remaining loyal at all times, this one is a tough sell for me to convince anyone.

I am struggling to convince myself if I’m completely honest here right now.

It was miserable wasn't it? From Tavares being pulled off in the first half after roughly 30 minutes, to Eddie Nketiah’s woeful header across the six yard box when one of the few glaring opportunity’s presented itself, I’m struggling to find any positives that can be drawn from this result at the City Ground.

This is a very real body blow in terms of confidence being taken for what lies ahead, and believe me when I say we really could have done with some confidence in the bank for what’s up ahead.

Liverpool away on Thursday up at Anfield closely followed by Tottenham away.

Wouldn’t you just believe our luck, the next game up?

A semi final, against a resurgent Liverpool, at Anfield on Thursday.

That’s the game I have been fortunate enough to be able to come out of retirement for and get a ticket for to go and see in the flesh - but more of that tomorrow.

In the meantime, let me consider if there were any positives to take from Forest?

Nope. Absolutely nothing can be said about it at all.

In such cases it’s probably best to wish Nottingham Forest well and congratulate them on their win, they matched us all over the park, and proved that when push comes to shove, if you’re prepared to run, and fight, on each and any given day, everyone will have their chance to shine in the sun.

Or in Nottingham’s case the howling wind and the rain.

You have to hand it to them, it was a glorious winner if you’re a Forest fan, a delightful whipped in low cross, and a stretching toe poke finish which sent the home fans delirious on 83 minutes, leaving Arsenal with barely just enough time to bring on a reserve team right back who is on the transfer list to try and claw us a win back as the minutes ebbed away.

Not a good moment at all.

Arsenal vs Manchester City: Would you swap Emile Smith Rowe for Jack Grealish - here's why I wouldn't