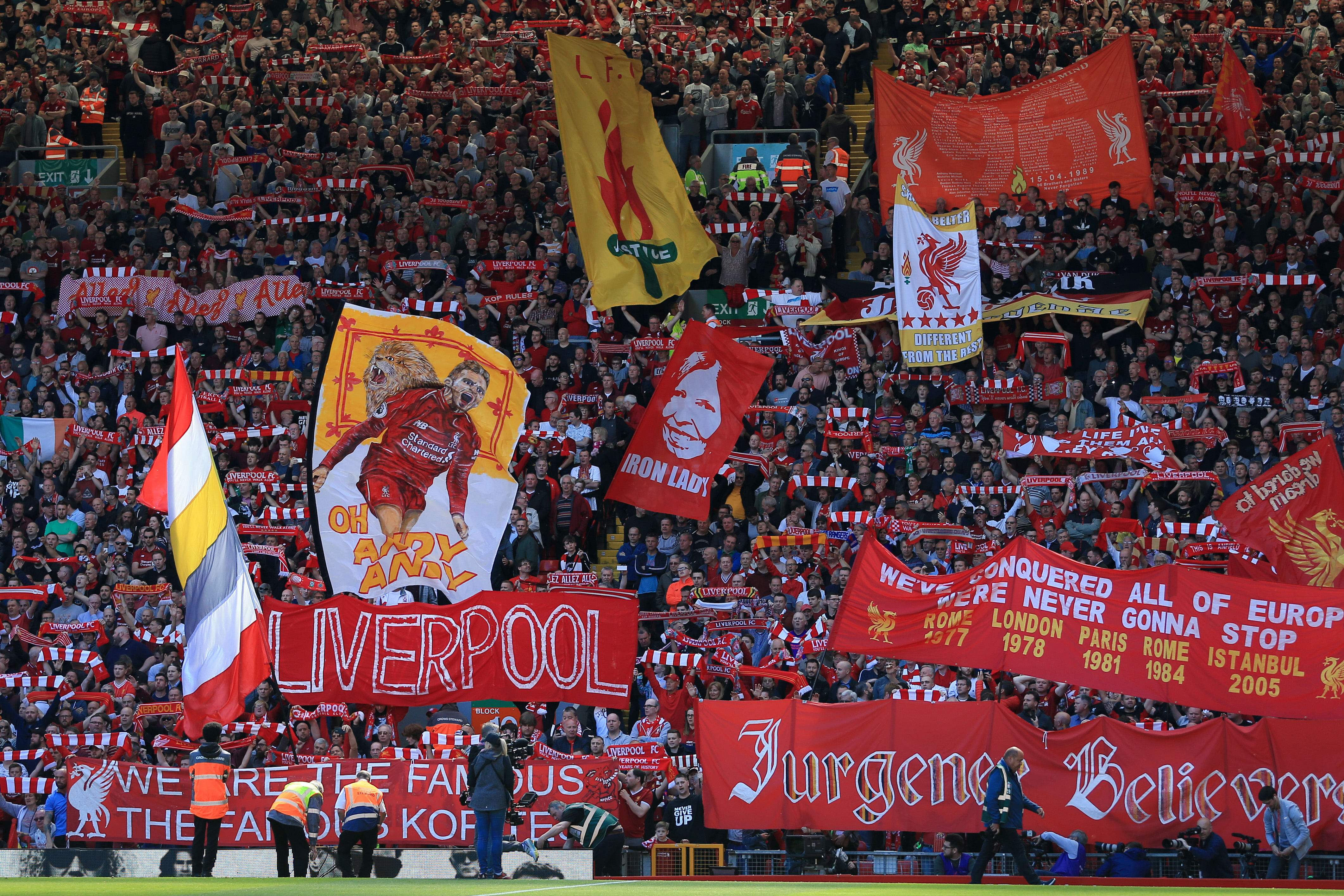 View From The Armchair is heading up to Anfield for the first time since May 26, 1989

I'm gettin' out of my armchair and heading to Liverpool at Anfield today.

A semi-final on Merseyside, against a resurgent Liverpool. I haven't been to Anfield since, well, since May, 26, 1989.

It's a strange experience leaving a ground and knowing that you don't ever need to go and watch a game of football ever again. Which is what literally occured to me walking out the ground after Anfield 89.

On that never-to-be-forgotten night, outside Anfield on the way back to our Travel Club coach I thought:  'Football is done. I've completed the game.'

Because nothing will ever beat that moment that I witnessed that night.

So, fast forward afrter a long hiatus of more than three decades away from the terraces, tonght's semi-final is the away game I have been fortunate enough to be able to come out of retirement for, to get a ticket for to go, and see in the flesh.

You read that right, these tired weary limbs will be heading up the motorway to go and get involved, ore from the armchair is going back out on the road,  real money will be parted with, expensive hot dogs might be getting consumed - although I might also look out for the Chopstick Gooner - my new favourite Twitter account and what going too football is all about in my humble opinion, the banter, the laughs, and now, I'm finally putting one’s money where one’s mouth is and I’m going to a game again.

That said, coming off the back of our miserable defeat at Forest, I’ll probably find myself in the same position as most of the pundits on Twitter, having the right old harry hump if we get a good spanking up there.

Anfield awaits for the first time since Anfield 89

Long drive ahead, petrol money, time spent away from the family and a team in front of me whose confidence is likely going to be shattered what a game to be heading to.

This is just desserts for my shouting from the rooftops about getting behind the boys win, lose or draw ain’t it?

Short of star players who have departed for African Nations Cup and a striker who suddenly can’t hit a barn door from five yards out all seems lost, so this is definitely going to put my faith In Arsenal to the test.

But I will be there. First game in many a moon I will have gone too.

If memory serves me correct, this will be the first time that I will have gotten out of the armchair to go any Arsenal match since we beat Barcelona at home 2-1 in the Champions League. Remember that tournament?

The one where Bayern Munich inevitably put five goals past us once we had sailed out of the group stages?

Yup, that’s the last game I went to.

I can't wait to be at Anfield

But here’s the thing, I’m super excited to be heading up to Anfield. Ok expectations have been dampened somewhat, and maybe the team might not have enough time to recover enough confidence to get past Liverpool over two legs, but footballs a funny old game as they say, so I am going to be getting my tonsils in shape for a workout, and Praying for a miracle aka 89.

I am going to prepare myself mentally to give it my all, as this team should be doing if they are to overcome Liverpool.

Forget about Forest, it’s a write off, that’s all you can do, and if we do get a good spanking on Thursday, and I find my self traipsing outside dejected, and heading towards the nearest printers I can find to get some ‘Arteta out’ banners printed, I will be the first to apologise to you lot for having to endure these emotions week in week out which I have been protected from by watching this fare on the telly.

It’s going to be a different way to experience the football for me, but I can’t wait, I can’t wait to savour the away fans, I know they are going to be in good voice, they always have been at every single away game I ever ventured to.

Back in the day there were plenty, I’ve seen us win at Anfield more than once, I will draw on the memory of being up there in this ground on a midweek trip back in Ooctober 1988, watching David Rocastle fire a scorcher into the top left hand form the edge of the box, in this very same competition for a 1-1 draw in amongst 6,000 travelling Gooners up on the train via Edge Hill Station.

I can’t wait to experience the banter on the journey up again, the scouse accents, and hopefully with just a little bit of luck, I might even be able to experience singing a song about looking through a dustbin for something to eat, maybe even finding a dead rat and them thinking it’s a treat.

In their Liverpool slums if it’s not too politically incorrect?

Is that kind of behaviour even allowed at today's football matches ?

Do you get marched off if that’s sung? All of this awaits, and I simply cannot wait.

I will find the humour and enjoy the experience whatever happens, if it’s one of those games where I stare at the terraces and look at the contorted faces, the bad haircuts, the dodgy fashion looks so be it.

If it’s one of those games where I’m biting my nails for 90 minutes I’ll take it, I’m looking forward to it immensely.

Despite what happened at the City Ground, I’m already over it.

There will be 1000’s who aren’t, armchair experts questioning tactical decisions, second guessing the managers choices and no doubt inevitably calling for his head.

For that reason and that reason alone now is a good time, a brilliant time in fact to turn off, Twitter’s toxicity, and head out to a game in the flesh.

Travelling up there later today, there will be 1,000’s heading up there for the right reason, to wipe the slate clean, to get behind the boys, and to hope for the best and hopefully come away with a result which leaves the outcome in the balance for the rearranged second leg back at Ashburton Grove.

Hopefully I can be a lucky charm for the team, and if i can bring a tiny little bit of the spirit we showed in 89 up with me, we should be in for a rip snorter of a game.

Arsenal vs Manchester City: Would you swap Emile Smith Rowe for Jack Grealish - here's why I wouldn't