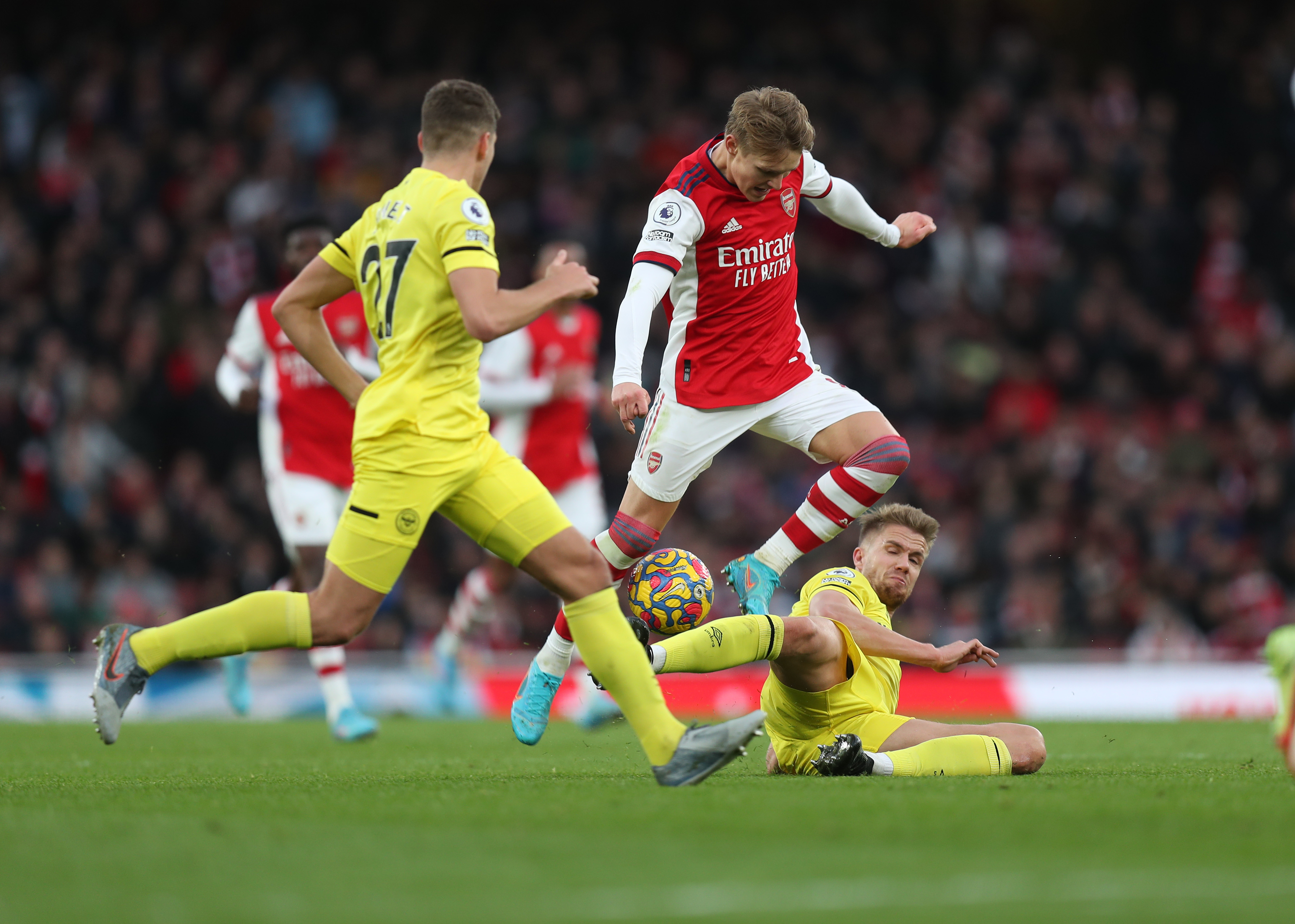 Really really good performance. With nothing but a win acceptable, Arsenal provided the energy and class needed to take revenge on Brentford.

Two cup finals down, fifteen to go… Arsenal are once again in a battle for a meaningful league position, and have a team that are more than capable of achieving it.

Storm Eunice swept the nation on Friday, and today there were remnants of the horrible weather today. Travel disruptions remained, but none of the aforementioned deterred the Emirates crowd who were buoyant from the outset.

The noise did not go a miss, as an energetic Arsenal side dominated the early exchanges. It’s really pleasing to once again be noticeably a top six side playing a bottom half of the table side again, as for so long it hasn’t been the case. There’s now a clear gap in quality which there again maybe hasn’t been in recent years.

Chances and space were not the same problems that they were against Burnley. Brentford didn’t look to play in a low block as I thought they would, but our relentless pressure and perfect structure meant that they were forced to. Ø was fantastic (reminiscent of you know who today), as was ESR - both causing Brentford endless problems in the first half, which was just about as dominant as you can get.

Laca had a goal ruled out, and a couple of very strong penalty shouts were waved away meaning that it stayed 0-0 at HT. Nine shots and 78% possession but 0-0 nonetheless. There wasn’t the same stress as there was in our last home game though, with the breakthrough feeling more like a matter of when rather than if.

The anxiety thankfully wasn’t allowed to build in the second half, as ESR gave us the breakthrough in the 48th minute. A typically probing run ended in a fantastic low curling finish to give Arsenal the lead. His 9th PL goal of the season, and what a player he is.

He must be providing Mikel with a throbbing headache as Martinelli returns from suspension for Thursday’s game. Brentford had a period of pressure, without many chances though and Arsenal doubled their lead with ten to go.

Thomas Partey waited and waited before slipping the ball to Bukayo Saka who then rattled the ball home off the inside of the right hand post. He’s also really good at football. Hale End has produced two absolute gems, and I feel there are probably more to come…

An annoying late goal for Brentford prevented it from being a perfect afternoon, but still the points count all the same. ‘Rockin’ all over the world’ was blasted out of the speakers at the end of the game, and all seemed right with the world. Home just in time to watch Sp*rs lose to… oh.

Kane’s late goal was a real dagger to the heart, but if we keep winning our games we don’t need to worry about anyone else. They’re still three points behind, with us still to play.

What I love most about this season, is that it all still means something - so often in recent years we have been resigned to mid-table finishes by February, but every single game until the end is a ‘cup final’ now and that, if nothing else, is unbelievably exciting. Also being able to care about rival clubs results!!!

Wolves await in what is another big test, see you then Gunners.

Life without Aubameyang is bliss as Arsenal power on