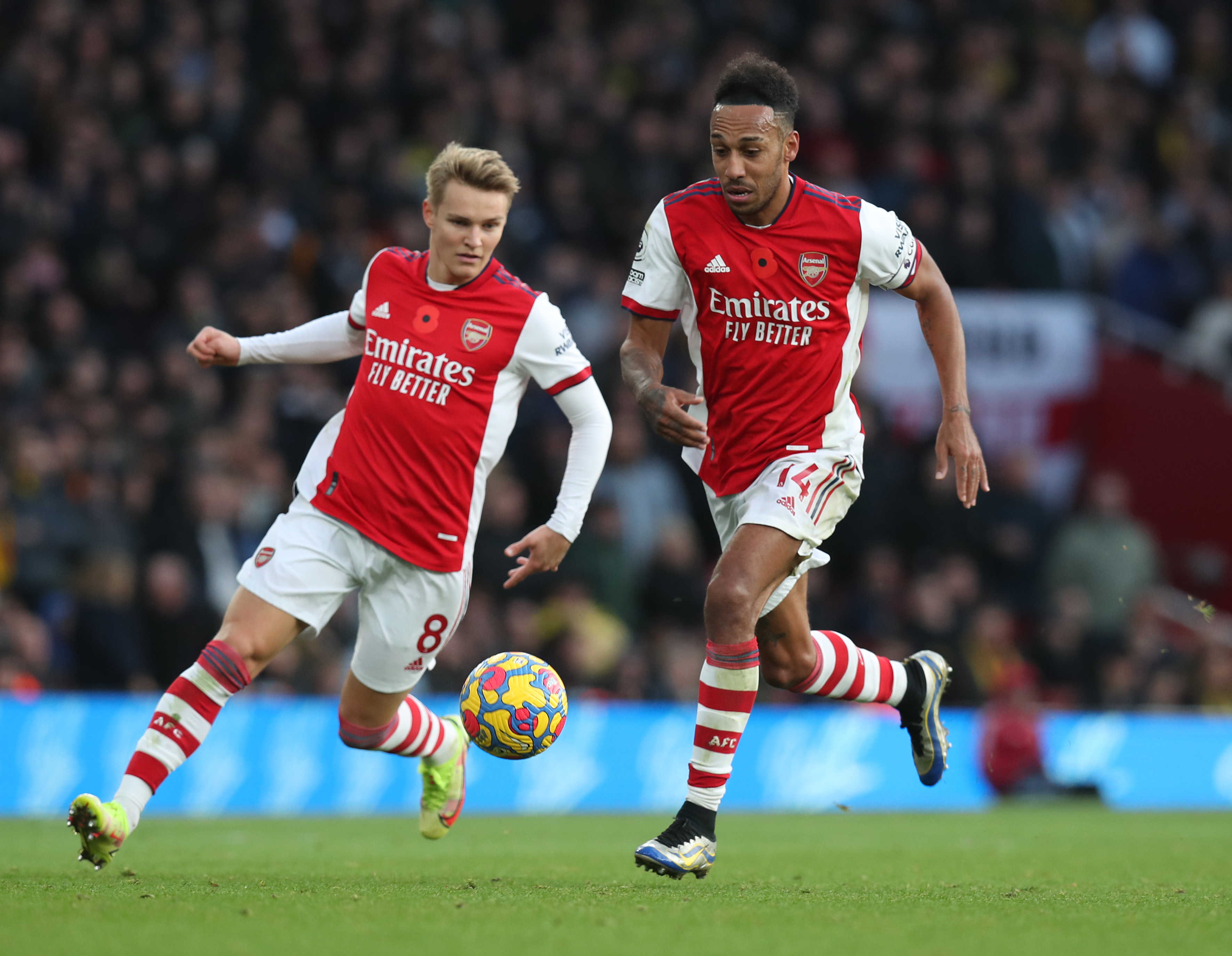 Arsenal beat Watford 1-0 to sit in fifth place, six points off the top of the table

Well… that wasn’t the stress free experience that many of us might have hoped for - and expected after Saka’s early goal which was ruled out - but another three points all the same. I distinctly remember referring to 13th as a “dizzying high” after our 1-0 win against Burnley - the world is really spinning now.

In the lead up to the game, all the talk was about where we’d be if we won: how many points off the top, ahead of United, top four and so on. I think many of us (including me) forget that winning any game in the Premier League is never that straight forward - unless you’re playing Norwich.

The atmosphere at the Emirates was one burdened with an air of refreshing positivity.

A crowd expectant, rather than unfoundedly hopeful, of a good performance and result.

I don’t think any Arsenal fan could’ve foreseen this feeling being back at the club so quickly, especially after the 5-0 battering in Manchester.

As much as this positivity and expectation is welcomed by both fans and manager alike, it also provides a different kind of pressure for Mikel and the squad - who are now learning to shoulder this anticipation of success, rather than the merciless abuse that was rife throughout August.

Positivity quickly turned to frustration and angst, as Saka saw his goal ruled out after a fairly snappy VAR check.

Chances were then hard to come by, with our attacking players uncharacteristically flat in their movement - maybe missing the cog of Thomas Partey in the centre of the park.

Towards the end of the half, Aubameyang was gifted a golden chance. Danny Rose tumbled into Lacazette, bringing him down with just about every part of his body that he could have.

The captain stepped up and, for the second consecutive penalty, was denied. The rebound was also gobbled up. The flat performance, combined with the penalty miss and the disallowed goal, left the Gunners with a much nervier final 45 minutes than it initially promised to be.

The second half continued in the same vein: Arsenal controlled the game without really imposing themselves on the Watford back line.

Watford’s constant diving, and a flurry of poor decisions from the referee also added to frustration already present in regards to the teams performance.

The goal did come though, and no surprise through our player of the season ESR. The third U21 to score in three successive appearances for Arsenal (the other two being Nicolas Anelka and Cesc Fabregas).

The circumstances of the goal were fairly controversial. With Josh King down on the halfway line Danny Rose played the ball out of play, only for King to leap back to his feet as soon as the ball was out of play. Rose, under pressure from Saka, would have most likely cleared the ball into touch anyway.

Lacazette was well within his right to pick the ball up and get play going again, despite predictably raised arms and eyebrows from the Watford team.

As soon as the ball came back into play my brother turned to me and said “I’d love it if we scored from this” - I think the feeling was mutual throughout the Emirates.

After a dubious but probably fair challenge from AMN, Ben White went on a mazy run which saw the ball break to Smith Rowe who lashed the ball through the legs of a defender and past Foster to give Arsenal the lead. I’ve probably said this before, but I love it when he scores for Arsenal. A Gunner through and through, he can never hide his passion.

The goal didn’t provide the spark to kick on that many hoped and expected it would though.

Again the game was broken up by fouls, and extended periods on the floor from an unusually cheaty Ranieri outfit.

Ødegaard made little difference when he came on, giving the ball away a few times in key areas.

However, he was denied a goal when, from an offside position, Aubameyang needlessly poked home his already goal bound effort.

A goal that would’ve provided some much needed daylight for an Arsenal side that did come under some later pressure.

The CBs were again fantastic though, and in particular Ben White who made sure that Ramsdale was not faced with any threatening efforts on his goal.

Aaron did decide to channel his inner (insert pretty much any Arsenal GK of the last 10 years here) when he ran past both Ben White and the ball, leaving King with an open net from albeit a very acute angle. A collective sigh of relief was breathed as that ball hit the side netting.

To be honest, it was a game that we could’ve won by three or four goals had things gone our way, and the performance - despite being flat - was by no means disastrous.

After another perfect weekend of results for us (including West Ham making this Sunday Invincibles day again!) it was an opportunity which had to be taken - and there was definitely banana skin potential, as these opportunities have so often proved in the past.

Although, we may have to forget the ways of Arsenal in these last 10 years. Arteta is quickly changing the atmosphere, and I think these players are really starting to ‘trust the process’.

What he has no doubt done, is unified the fans in their support of him and the team - which was probably the toughest job of all.

The Gunners sit fifth in the table, and I think most Arsenal fans will spend this two week break trying to figure out where we’re going to win the league - or am I getting too ahead of myself?

A really stern test at Anfield awaits after the international break, not before an inevitably painful footballess 14 or so days.